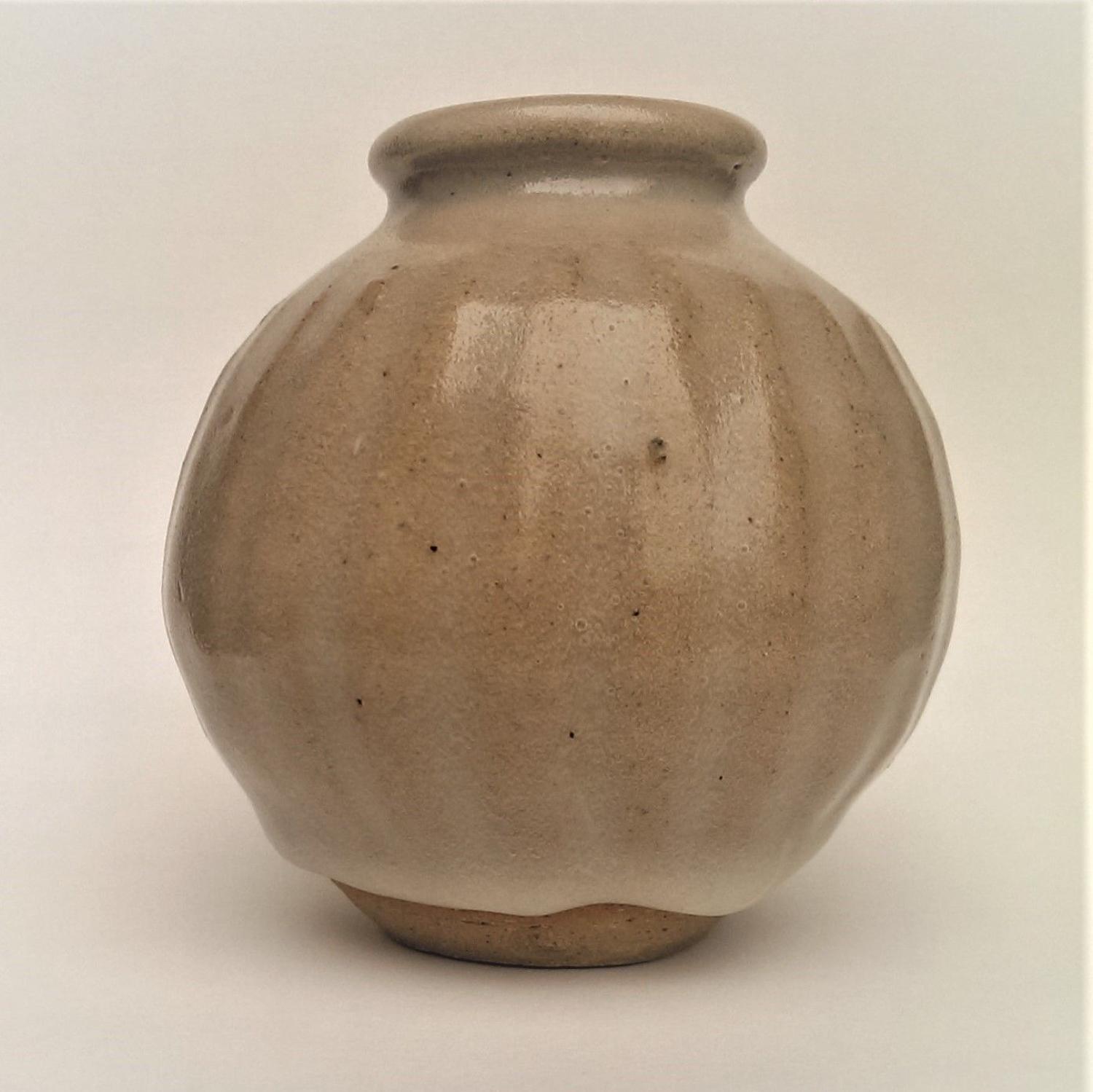 Known to her friends as "Beano", Katherine Pleydell-Bouverie was born at her family's home of Coleshill House (subsequently destroyed by fire). Her father was the second son of the 4th Earl of Radnor. Her older brother was killed in the opening months of WWI and she served as a nurse with the Red Cross in France. After the war she studied arts and crafts at night school in London and met Bernard Leach. She went on to become one of Leach's early pupils. After a year of training at St Ives she returned to Coleshill to set up her own studio where she was joined, in 1928, by her friend Norah Braden.

Katherine Pleydell-Bouverie's pots are enormously tactile. Her beautifully controlled ash glazes have wonderful qualities - they flow over the gouged clay surface beneath, often making the vessels look like they have been dipped into the most delicious vanilla sauce.

As a quiet, aristocratic British craftswomen she has been rather eclipsed in recent years by other makers and deserves to be much better known. 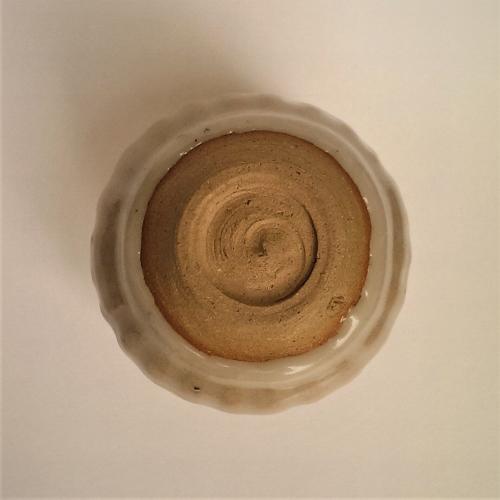 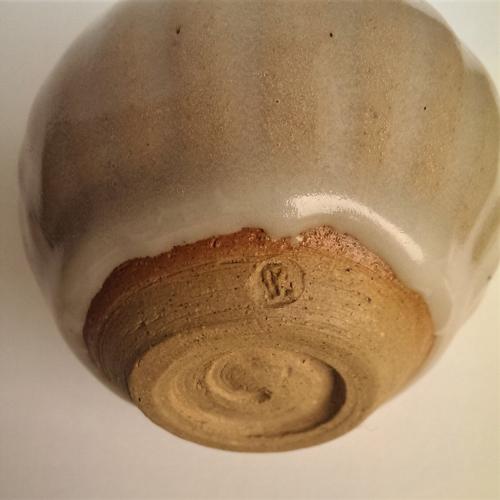