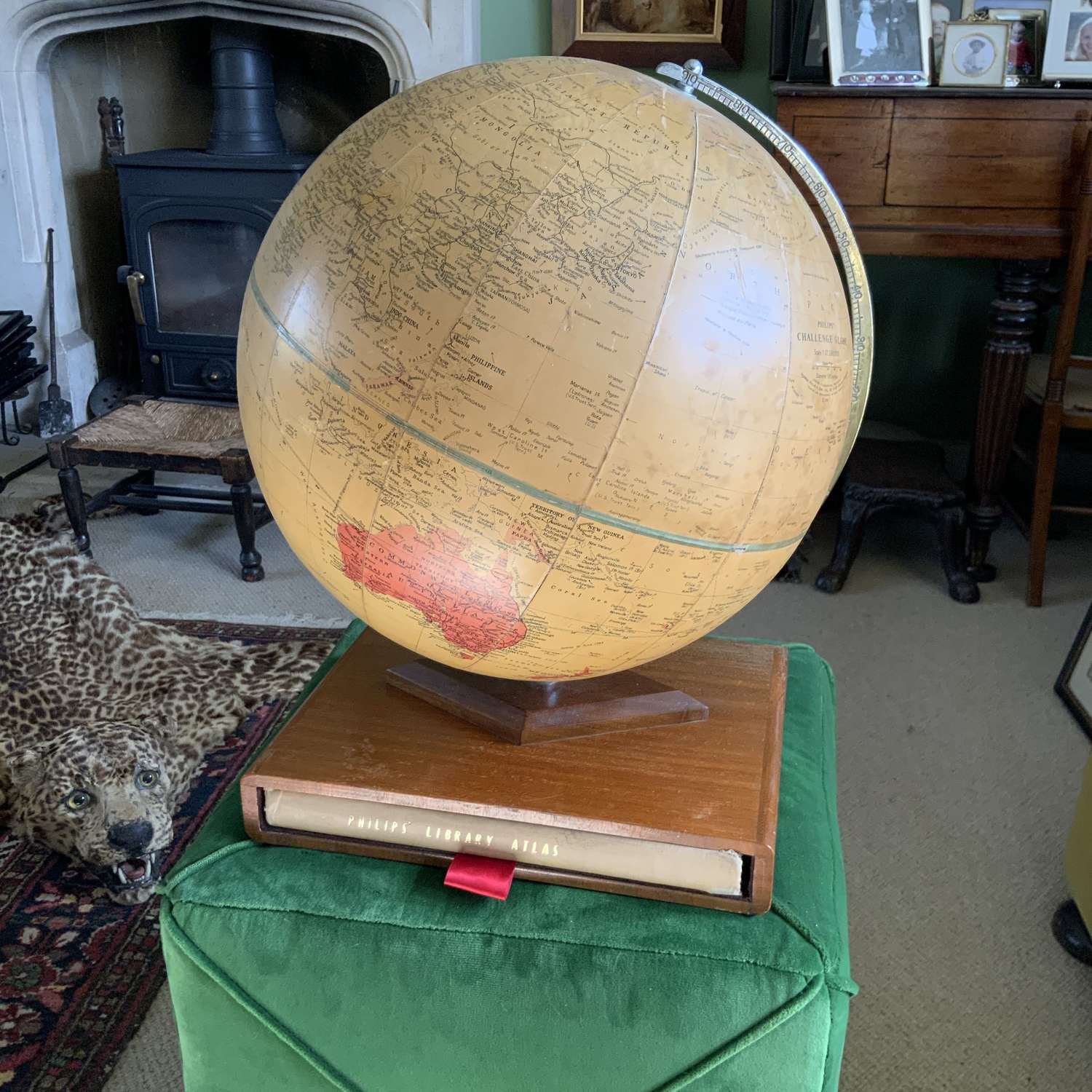 Condition:-
Good. A wonderfully characterful, fully functional, vintage globe. The surface, with its faded finishes (Northern and Western Hemispheres seemingly 'sunned' over the years), has mellowed to a lovely tone. The ribbon pull (which allows ease of access to the atlas) repaired. The atlas (contemporaneous to the globe, dated to exactly the same year and probably original) with foxed pages, buckram hinges worn and parting, corners and spine bumped. Name covered over on the front free end-paper.

The globe is showing signs of its age through scuffs, scratches, dings and stains but, all-in-all, a very imposing and highly attractive and vintage object. 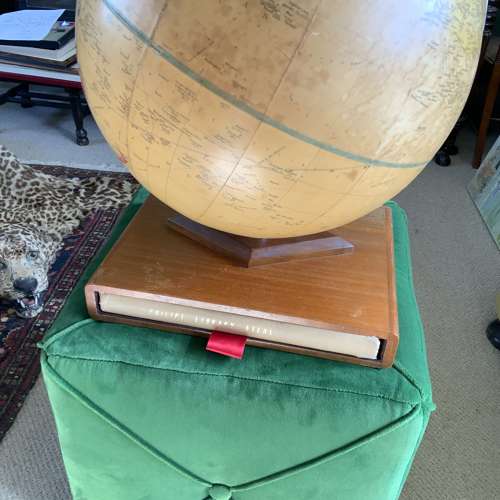 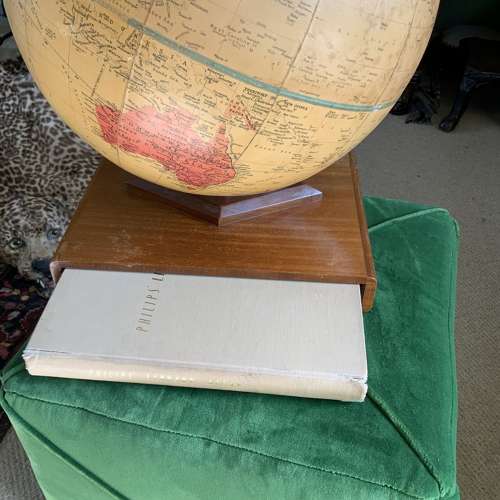 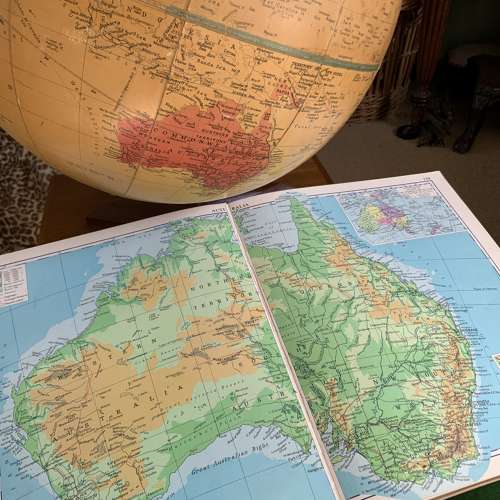 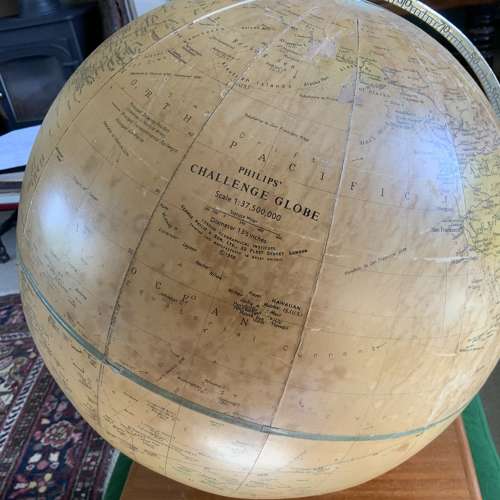 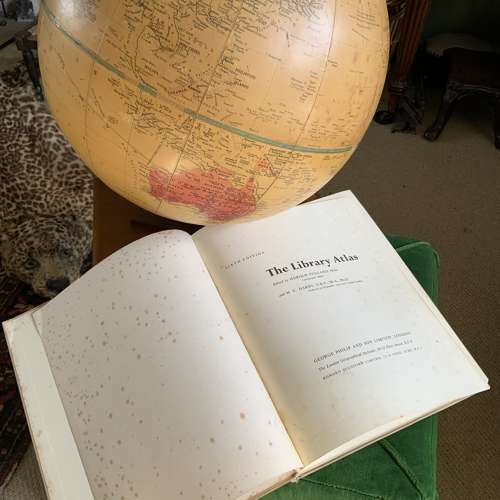 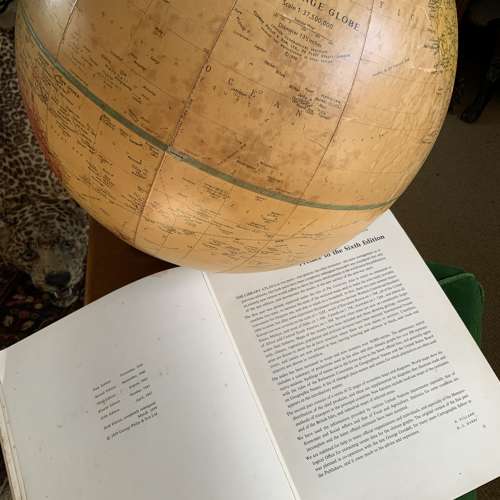