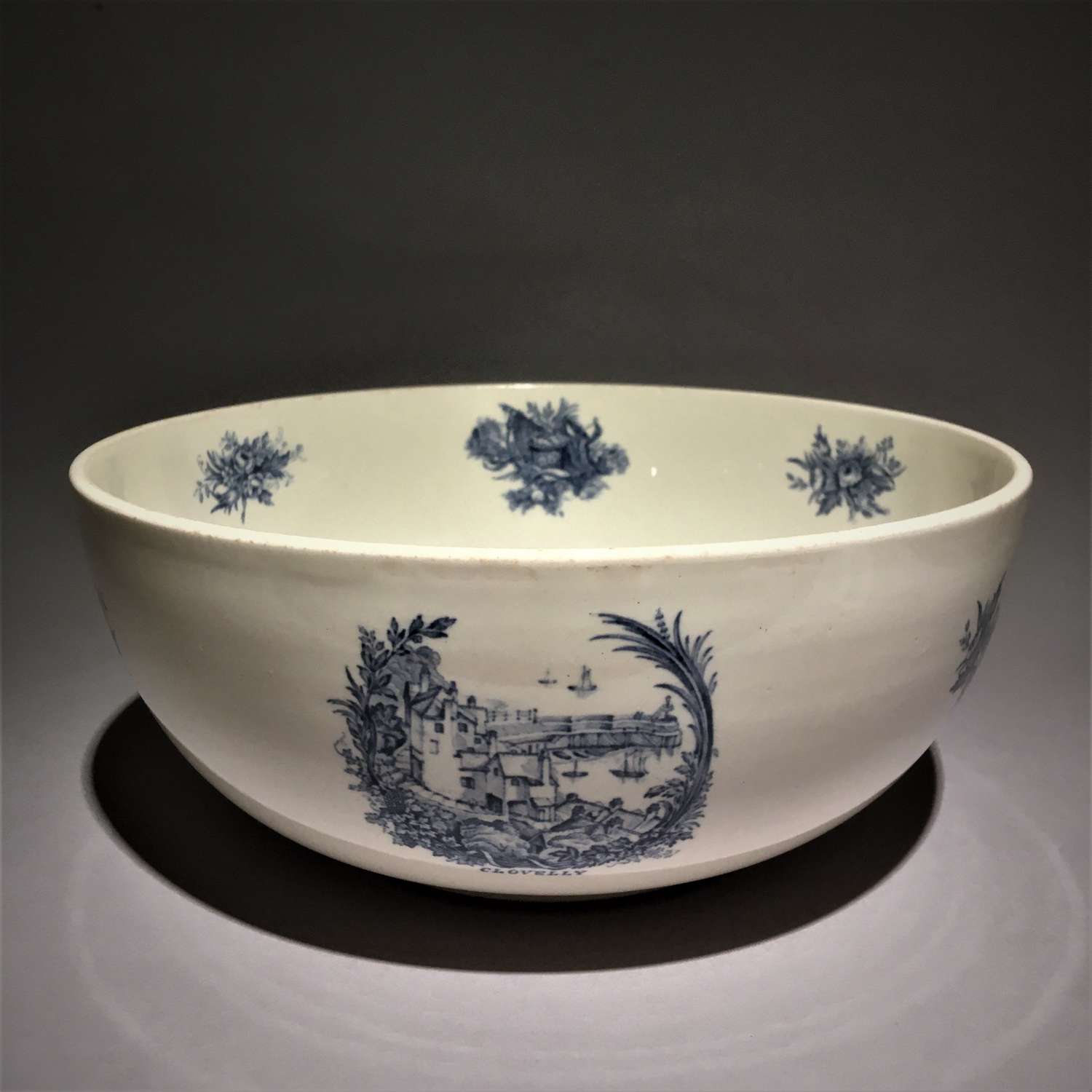 A Wedgwood "Queensware" (creamware) bowl in Rex Whistler's "Clovelly" pattern. Bears two main scenes of Clovelly within floral and foliate wreaths with wreckage and barrels, various bouquets and vignettes of capstans and cannons; fishing nets and baskets; lobster pots and oars. Printed mark to the base "Rex Whistler Design / Wedgwood / Made in England" and "P". Impressed marks "Wedgwood" "Made in England" and "4Z36".

The "Clovelly" pattern was first designed by Rex Whistler in 1932 for use as a toile de jouy fabric. It was commissioned by Christine Hamlyn Fane (1855-1936) the benefactor and owner of the Clovelly Estate, who was responsible for the preservation and upkeep of the historic and picturesque Devon fishing village. Christine Hamlyn (known to Rex Whistler as "Aunt Christine") also sat for a portrait by the artist at her home, Clovelly Court. Shortly after the toile de jouy fabric went into production the design was adapted by Wedgwood for use in a range of ceramic teawares.

Wedgwood's "Clovelly" pattern comes in five colourways: Black; Blue (as here); Red; Green and Sepia. In the earliest productions it is usually encountered in creamware though, occasionally, bone china pieces can be found. In the later, post-war, issues it is generally found in stoneware.

Literature
For a description of the "Clovelly" toile de jouy project see pp.97-99, Hugh Cecil and Mirabel Cecil, "In Search of Rex Whistler: His Life and His Work", London, Frances Lincoln Limited, 2012. 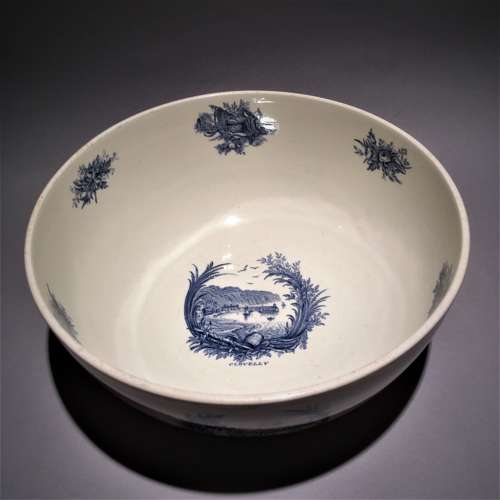 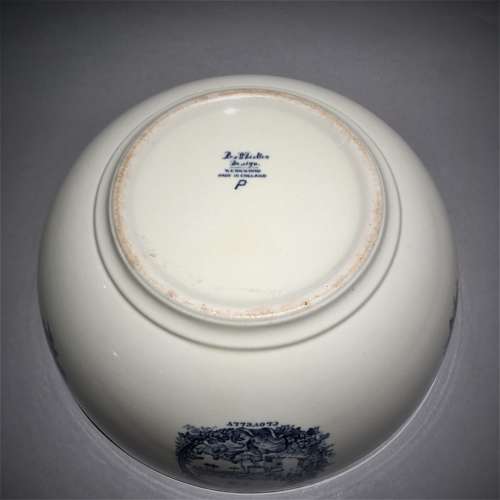