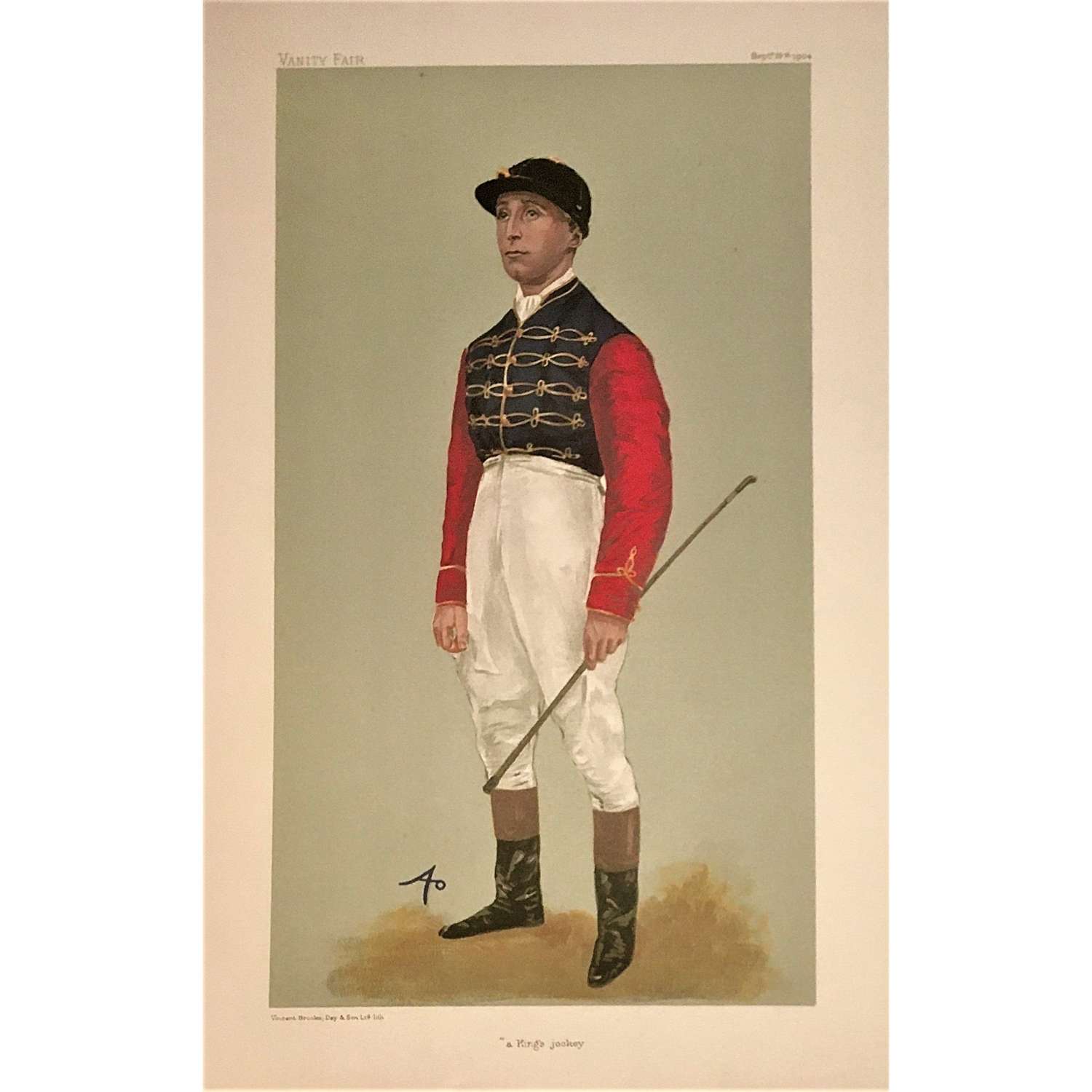 Herbert Jones was apprenticed as a jockey at the age of ten and rode his first winner at sixteen. In 1900 he won the "Triple Crown" when he rode the Prince of Wales's (later King Edward VII) horse "Diamond Jubilee" to victory in the three Classic British horseraces of that year: 2,000 Guineas, Epsom Derby and St. Leger. He was known from then on as " "Diamond Jubilee Jones" and became the King's preferred jockey. He won numerous other Classics but, sadly, is most often recalled as being the jockey who was on-board King George V's horse "Anmer" in the fatal incident involving the suffragette protester Emily Davison at the Epsom Derby of 1913. During that year's race "Anmer" ran down Emily Davison on Tattenham Corner and she later died of her injuries  (Jones himself was unsaddled and injured in the event).

Roland Styleman L'Estrange, F.S.A., J.P., D.L. (1869-1919) was, primarily, an aristocratic Norfolk landowner.  He was also a gifted amateur artist who produced a number of accomplished caricatures for Vanity Fair which were published under his pseudonym "Armadillo" or "AO". 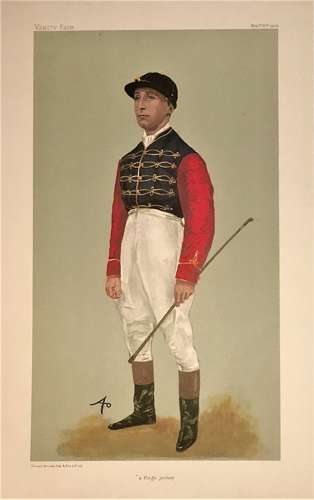