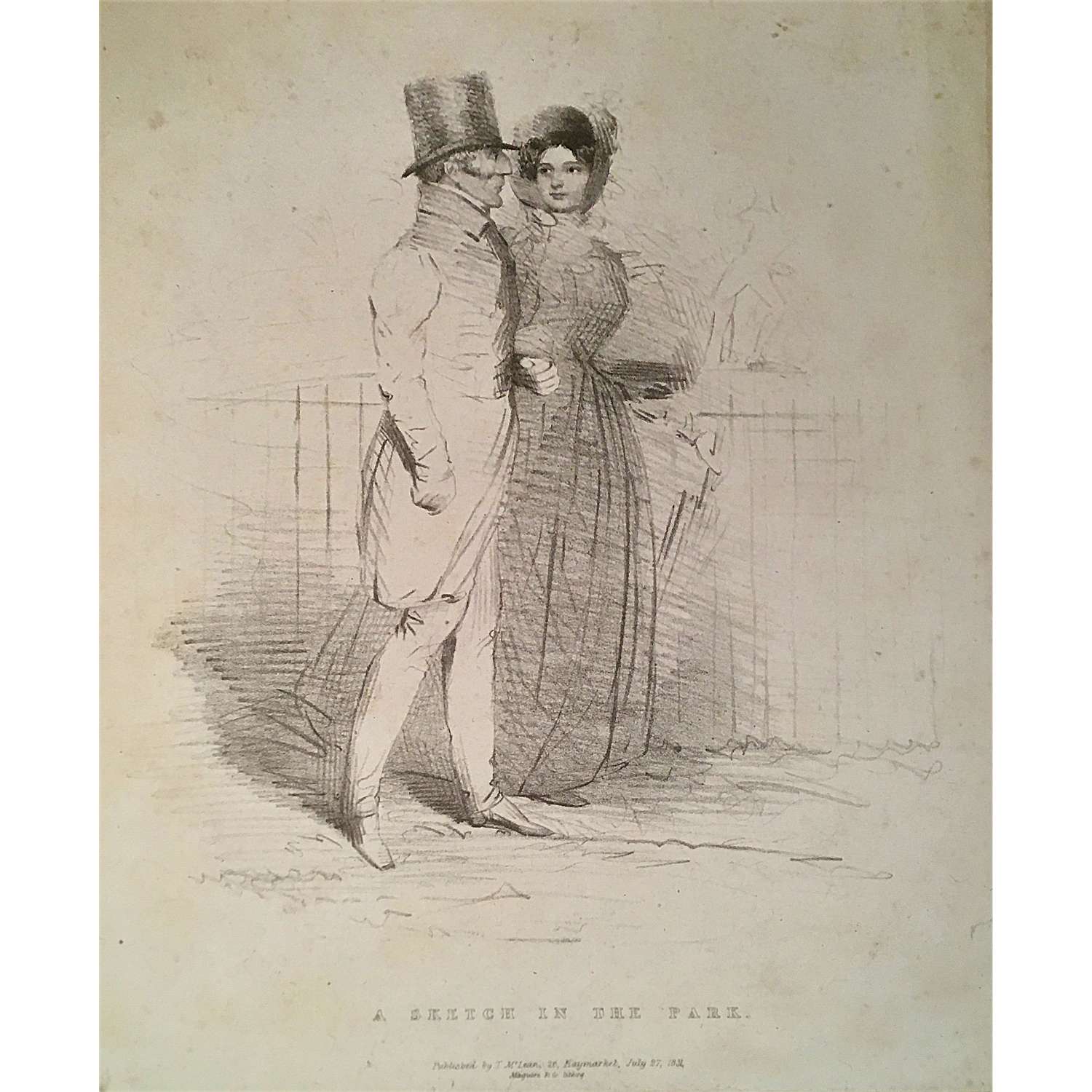 Portrait of the 1st Duke of Wellington in profile in a top hat walking arm-in-arm with Mrs. Arbuthnot, who wears a bonnet, beside the fence of Hyde Park, beyond which can be seen in outline Sir Richard Westmacott's statue of Achilles raised in honour and dedicated to the Duke in 1822.

Mrs Arbuthnot was a hugely influential political hostess and one of the great diarists of the early 19th-Century. Her friendship with Wellington led to much public speculation about the nature of their relationship, as the presence of this well documented by an print demonstrates. It is generally now accepted that their affection for one another was platonic though soe still argue to the contrary. She died on 2 August 1834, just six days after this image was published. The illustrator of the image is anonymous and their are a number of candidates. 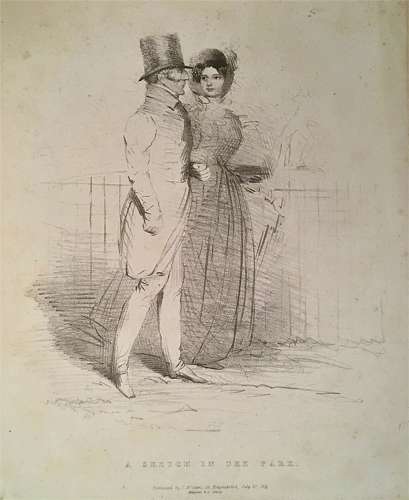