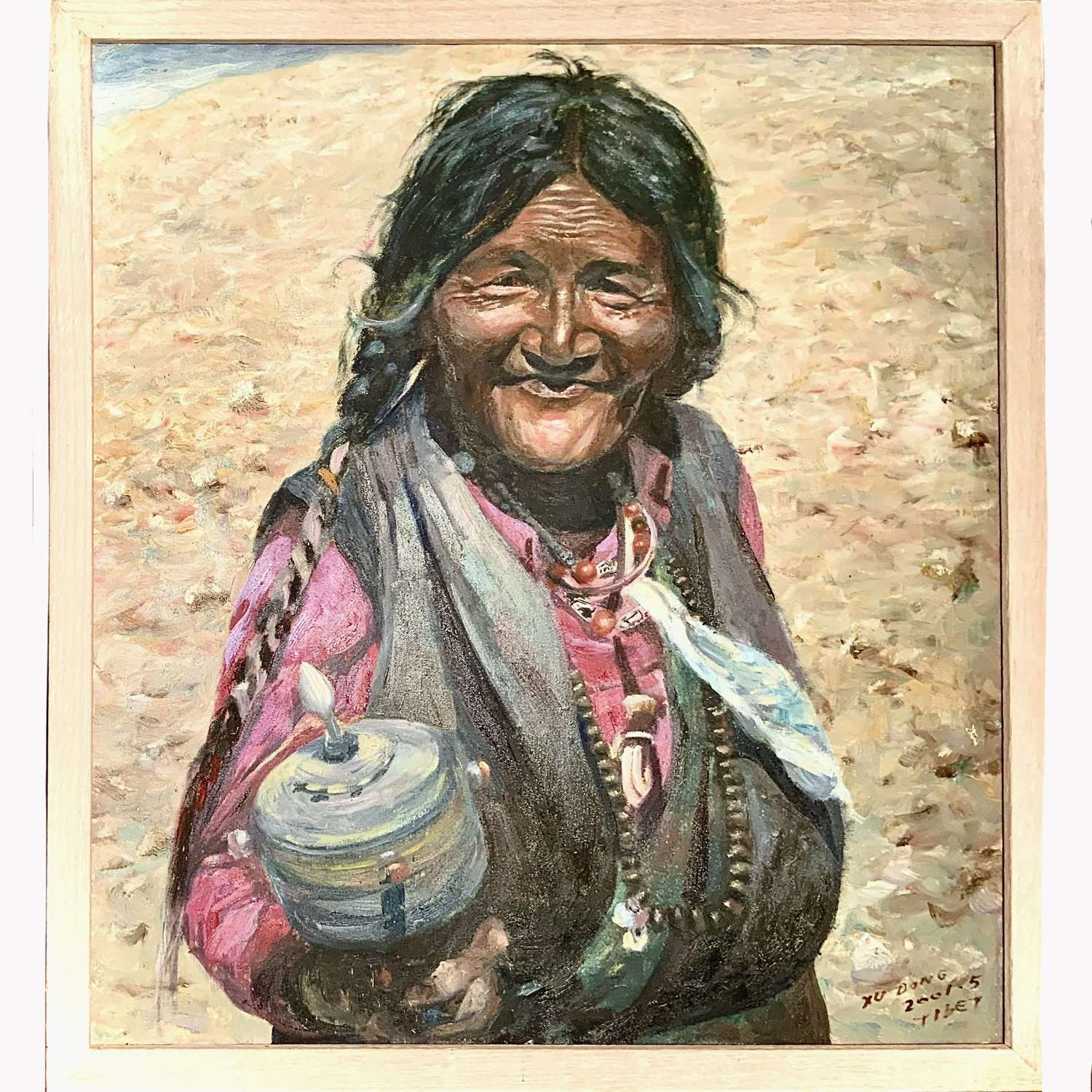 A painting of a Tibetan buddhist pilgrim of the Himalayan Plateaux carrying a prayer wheel ('mani lag khor'). These wheels are spun by Buddhists as a way of repeating mantras, the upper rotating section, above the handle, contains prayer scrolls on which the 'mantras' are written. It is believed that each rotation of the wheel is as spiritually rewarding as reciting the mantra aloud. Wheels are generally spun clockwise, since this direction is considered to bring good fortune. The pilgrim also wears traditional Tibetan yak bone and amber necklaces and traditional clothing.