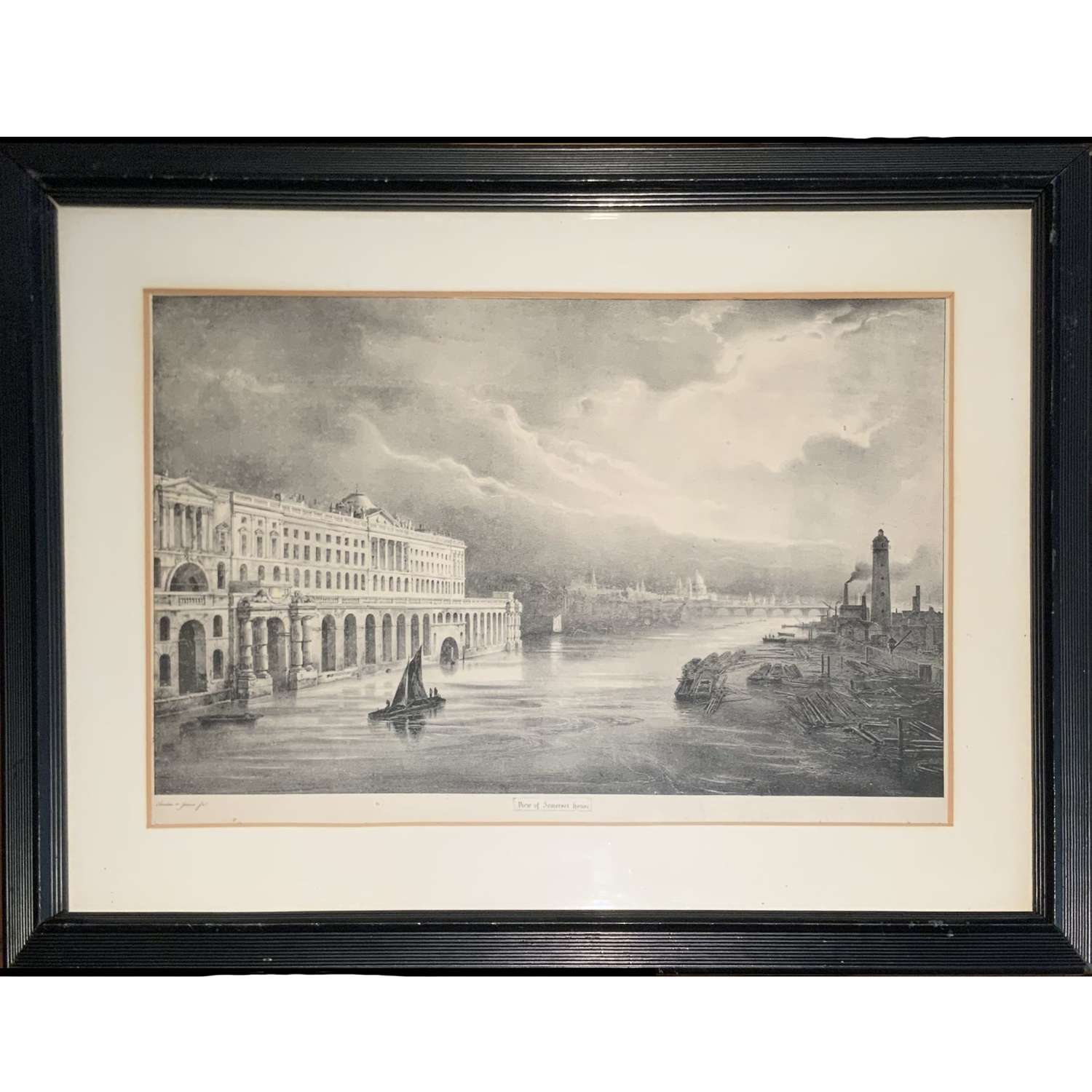 “A View of Somerset House”, Framed Thames View Prior To Embankment

Lettered beneath "Bouton et Jaime fect." with the title "View of Somerset House" applied to the margin.

A scarce and imposing original antique lithograph by two distinguished French artists depicting the rear, waterside elevation of Somerset House in the 1830's, prior to the construction of the embankment. At this time the building stood directly alongside the River Thames, with the particular wing of the building depicted acting at this time as the offices of the Royal Navy's "Navy Board" and "Navy Office". To the left is William Chambers' 'Great Arch' which acted as the original watergate to Somerset House, allowing visitors access straight off the water. In the distance are the various spired of the City's churches and the dome of St Paul's Cathedral (beyond  Blackfriars Bridge). On the South Bank, on the opposite side of the Thames, can be seen a brooding industrial area with various barges and the 'Square Shot Tower' of 'Walkers, Parker & Co Lead Works' (on the site of what is now the Royal Festival Hall).

In good condition. Trimmed with the loss of some publication details but with the English title retained.