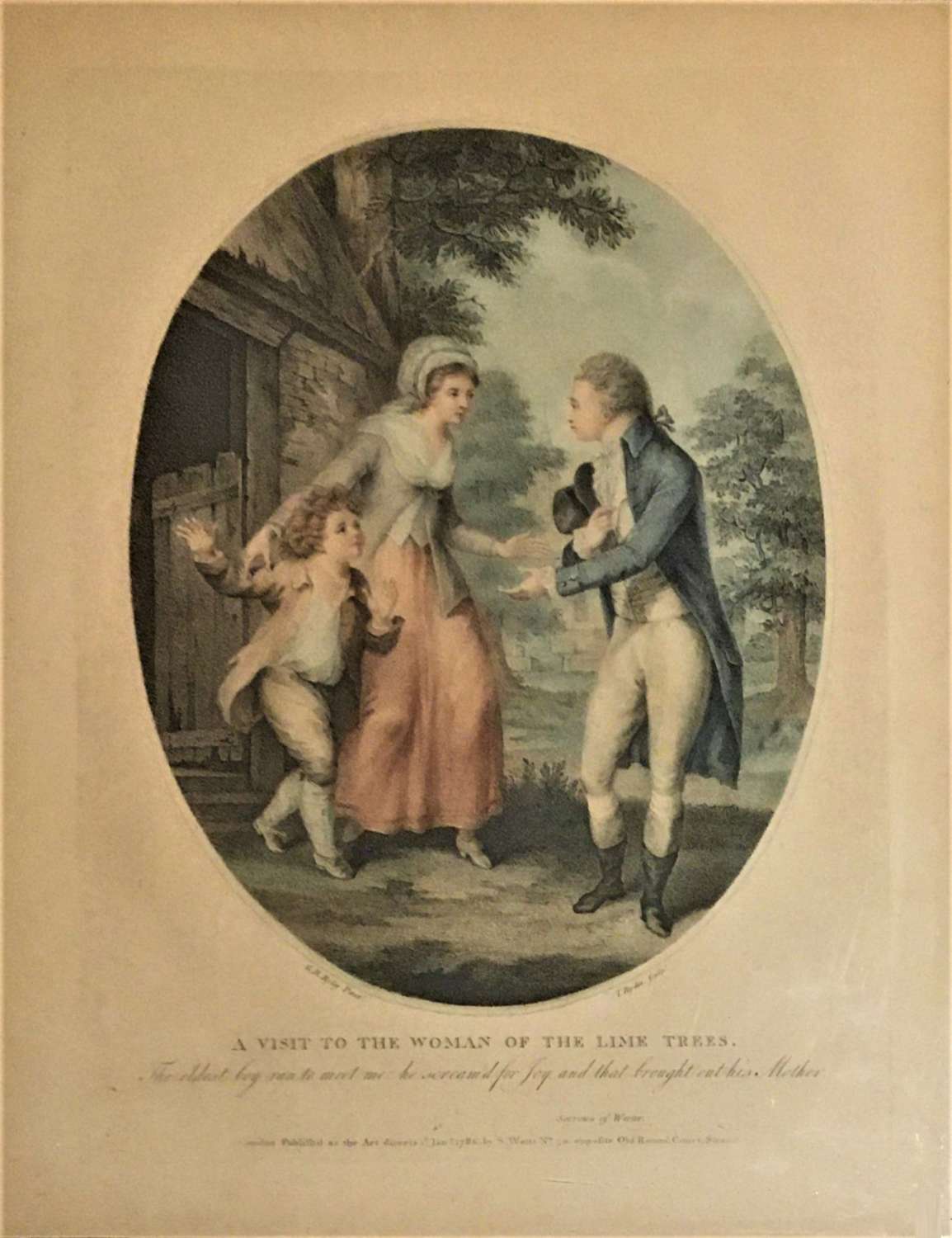 "A visit to the woman of the lime trees" Stipple Engraving, 1786

An image of a fashionanly dressed man being greeted at a cottage door by a boy and his mother.Oval image, "C.R. Riley Pinxt." and "T. Ryder Sculpt." to the margin of the oval. Entitled beneath the image "A visit to the woman of the lime trees." with the text "The oldest boy ran to meet me; he screamed for Joy and that brought out his Mother", "Sorrows of Werter." and the publication details "London Publish'd as the Act directs 1st Jany 1786 by S. Watts No.50 opposite Old Round Court, Strand".

Charles Reuben Ryley (1752? –1798) produced various works inspired by Goethe's "Sorrows of Young Werther". The original painting for "A visit to the woman of the lime trees" was exhibited as item 89 in the Royal Academy exhibition of 1786 (the eithteenth R.A. show), along with his painting "The Last Interview between Charlotte and Werter" (which appeared as item 75).