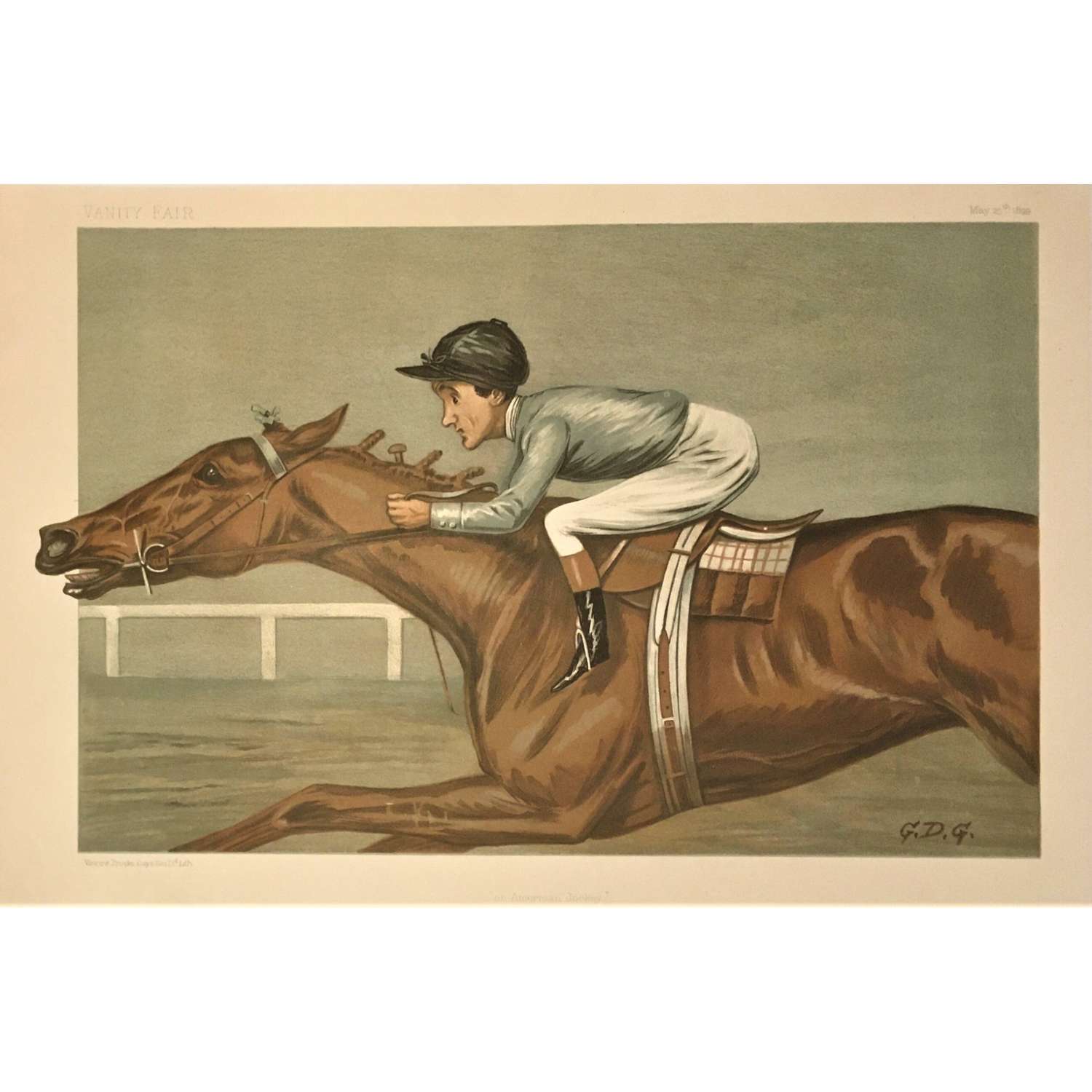 The American jockey Tod Sloan (1874-1933) first came to England in 1897. He was one of the pioneers in Europe of the new riding style known as "The Americn Seat" with the saddle placed far forward, the jockey hunched up towards the horse's neck with the shortest possible leathers (i.e. very short stirrups) all meaning the jockey either stood very high in the stirrups or sat with his knees bent close to his body and reins gripped tight either side of the horse's neck. Riding in this posture Sloan was at first mocked for resembling "a monkey on a stick" but his fame and notoriety grew as he began to notch-up historic wins.

On 30 September 1898 he won five consecutive races at Newmarket. In 1899 he won the 1,000 Guineas on "Sibola" and took the Ascot Gold Cup on "Merman" for the famous owner Lily Langtry. He may well have won that year's Derby had his horse, "Holocauste" not shattered a pastern during the race and had to be destroyed.

Sadly his promising career was cut short when, in 1900, he was told by the Stewards of the Jockey Club that he need not reapply for his Jockey's Licence following allegations that he had been betting on the outcome of his own rides. Sloan was effectively (though unofficially) "warned off the turf" and he received similar treatment in France and, subsequently, America.  He was the inspiration for the 1904 George M. Cohan musical "Little Johnny Jones" with its famous smash-hit song "(I'm a) Yankee Doodle Dandy". The production was about an American jockey who has to clear his name and rebuild his reputation following a betting scandal in England. 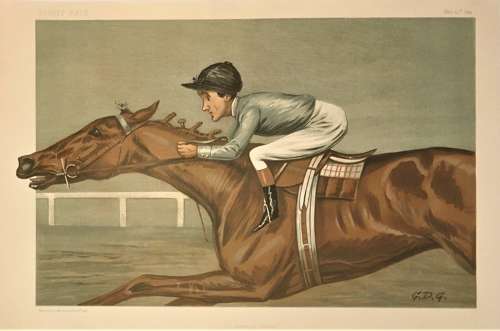