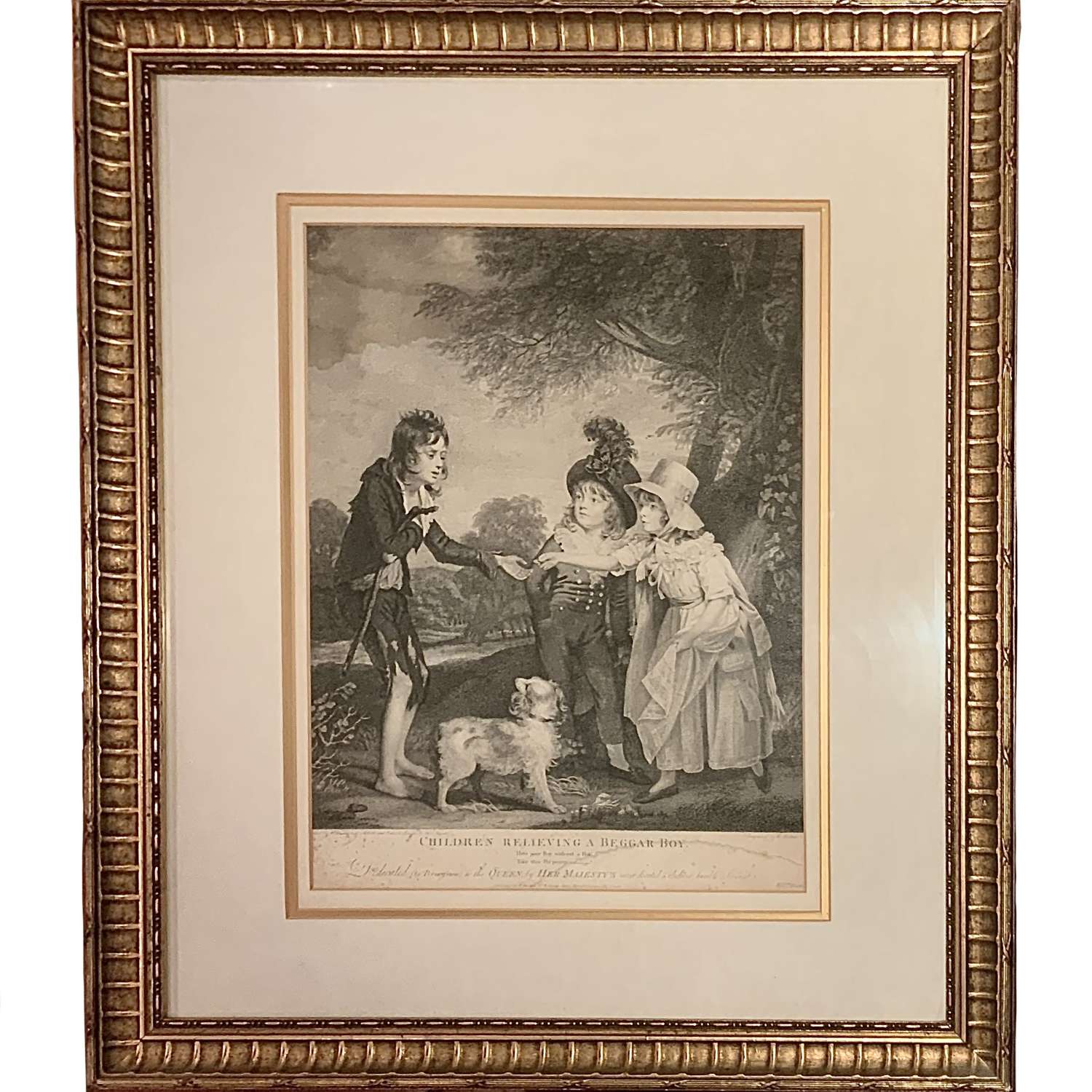 Lettered beneath the image with the title and publication details "Painted by W. Beechey Esq A.R.A. and Portrait Painter to Her Majesty"; "Engraved by C. Wilton"; "CHILDREN RELIEVING A BEGGAR BOY"; "Here poor Boy without a Hat"/"Take this Ha'penny~"; "Dedicated (by Permission) to the Queen, by Her Majesty's most devoted & Obedient humble servant, / Willm. Beechey"; "Published by W.Beechey, No.8 George Street, Hanover Square, May 1, 1796."

A fine original 18th Century stipple engraving of Beechey's painting "A Portrait of Sir Francis Ford’s Children Giving a Coin to a Beggar Boy" (now in Tate [see Tate T06734]), published by the artist. The sitters are two of the children of the wealthy plantation owner and politician Sir Francis Ford (1758–1801) of Ember Court, Thames Ditton, Surrey and Lears, Barbados. Ford was brother-in-law to Viscount Anson (1767–1818). The original oil was exhibited at the Royal Academy in 1793.

The boy in the plumed hat is almost certainly Francis Ford (1787–1839) (later 2nd Baronet) who was bequeathed in his father's will "All my lands and slaves for my eldest son Francis Ford at 21". The depiction of the act of benevolence here was probably intended to emphasise the compassion of the Ford family towards those less fortunate than themselves. Pro-slavery plantation owners often claimed that the quality of life provided for their enslaved people in the West Indies was better than that endured by the working classes and rural poor here in England. They believed that critics, before commenting on slavery, should look for injustices nearer to home and appreciate how wealth brought in to the country from the plantations overseas allowed philanthropic acts to be made here.

Very well presented in a modern gilt frame. Some historical toning, staining and spotting to the image.