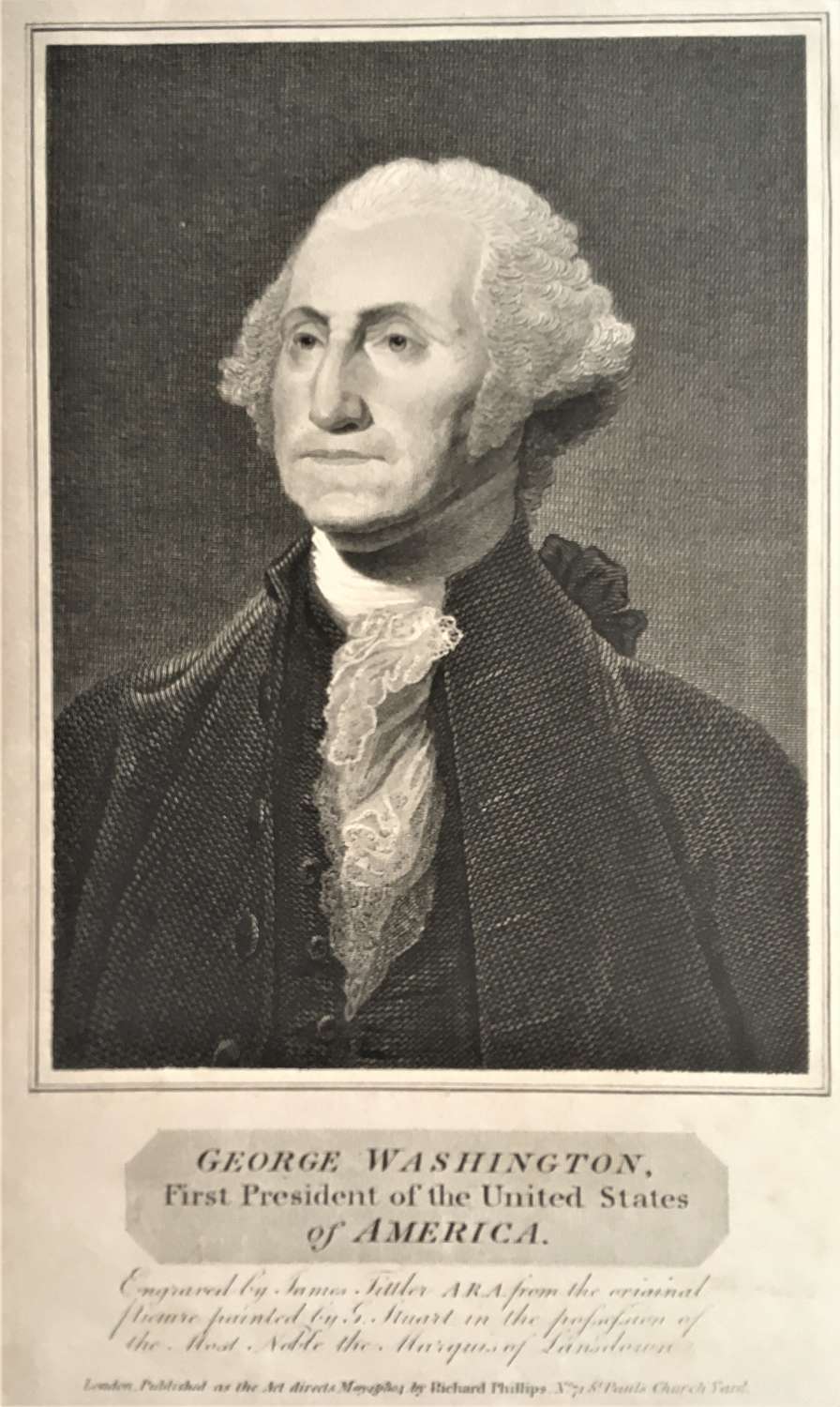 "George Washington First President of the United States of America"

Rare print after a one of the celebrated portraits of George Washington by Gilbert Stuart. Bust length facing to front, face turned and looking to the left, wearing coat open over waistcoat, neckerchief and frill, hair curled and tied into a queue with a bow.

Lettered beneath the image with "George Washington First President of the United States / of America", production details and publication line: "Stuart Pinxt / Fittler Sculpt", "Engraved by James Fittler A.R.A. from the original / picture painted by G. Stuart in the possession of / the Most Noble the Marquis of Lansdown.", "London, Published as the Act directs May 15 1804 by Rhichard Phillips. No 71 St Paul's Church Yard".

A version of this print (though with additional lettering beneath the image) appeared as the frontispiece to the John Marshall's rare biography "The Life of George Washington" printed for Richard Phillips in London between 1804 and 1807.