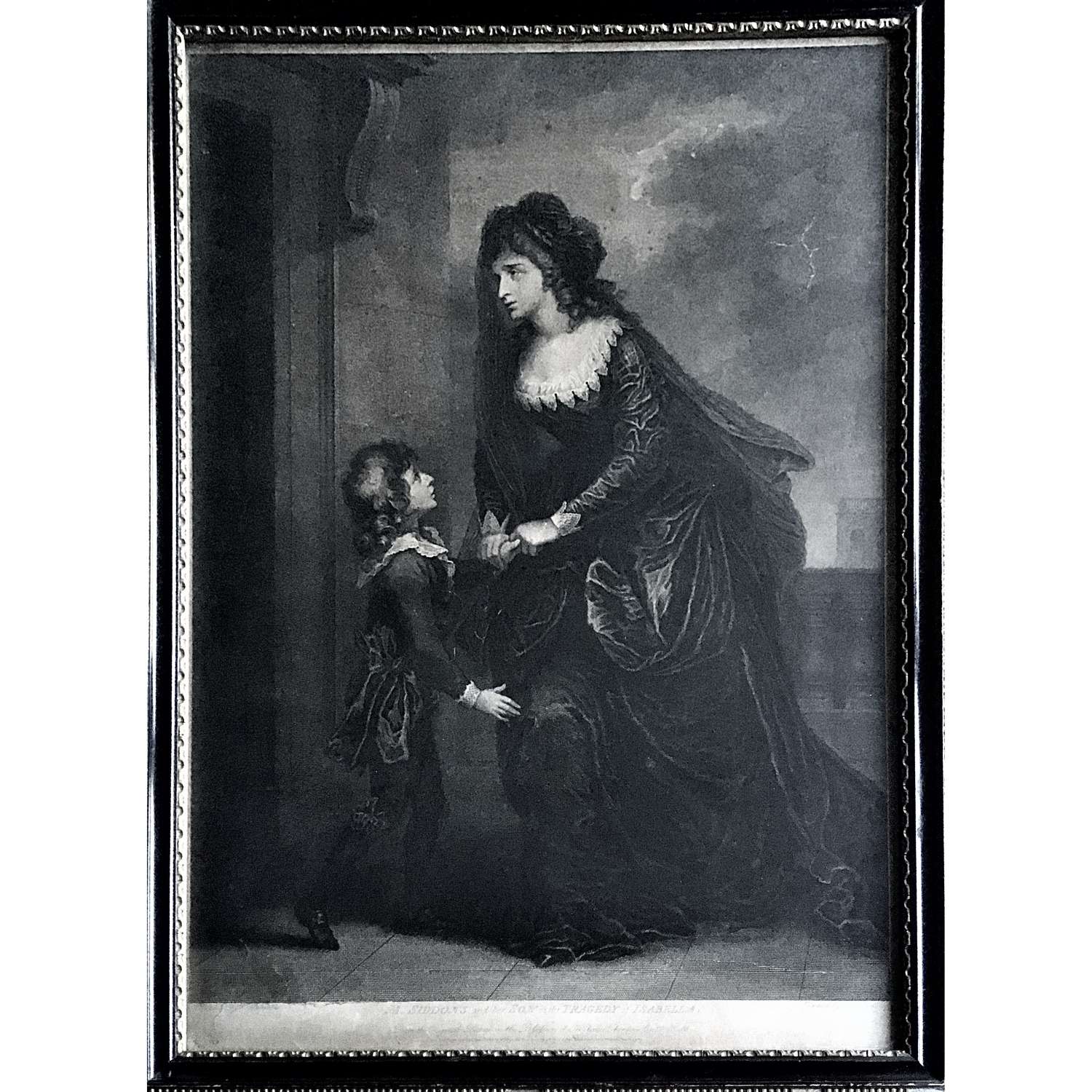 "Mrs Siddons and her Son in the Tragedy of Isabella"

Full length portraits of Sarah Siddons (1755–1831) and her son Henry Siddons (1774–1815) in the characters of Isabella and her child in the play "Isabella or The Fatal Marriage" by Thomas Southerne. They stand beside a doorway with a balustrade, a building and clouds beyond. She wears a black silk gown with white lace cuffs and collar, a black veil over her head, both her hands clasping the left hand of the boy who stands looking up at her. He is dressed in black with lace cuffs and collar, buckled black shoes, stockings and breeches.

Thomas Southerne's play "Isabella; or The Fatal Marriage", originally performed in 1694, was a drama based upon the Restoration novella "The History of the Nun or The Fair Vow Breaker" by English authoress Aphra Behn (1640-1689). The tale raised powerful questions about the importance of constancy, the fickleness of nature and the dependency of women upon men.

The play was revived in an adaptation by David Garrick in the 1750's, the character of the eponymous heroine soon becoming one of the parts every ambitious tragic actress aspired towards playing in the late Georgian era. Mrs Siddons took the role at Drury Lane in October 1782 (now under the management of Richard Brinsley Sheridan) and caused an immediate sensation. Her appearance as Isabella brought about her first great recognition on the London stage with major plaudits and much acclaim being shown towards her.

William Hamilton's painting was susequently exhibited at the RA in 1785 (No.98) - it had already been sold to Sir Charles Thompson for £150. It was engraved by James Caldwall and published by Hamilton and Caldwall in the same year when they formally presented a proof of the print to King George III. 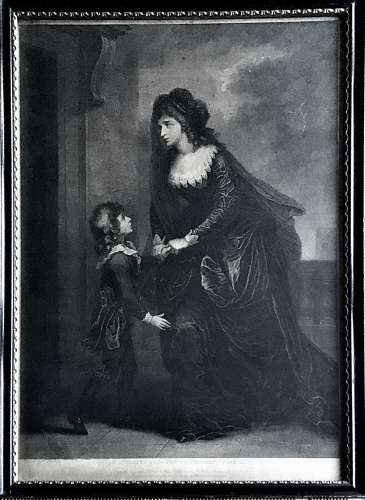