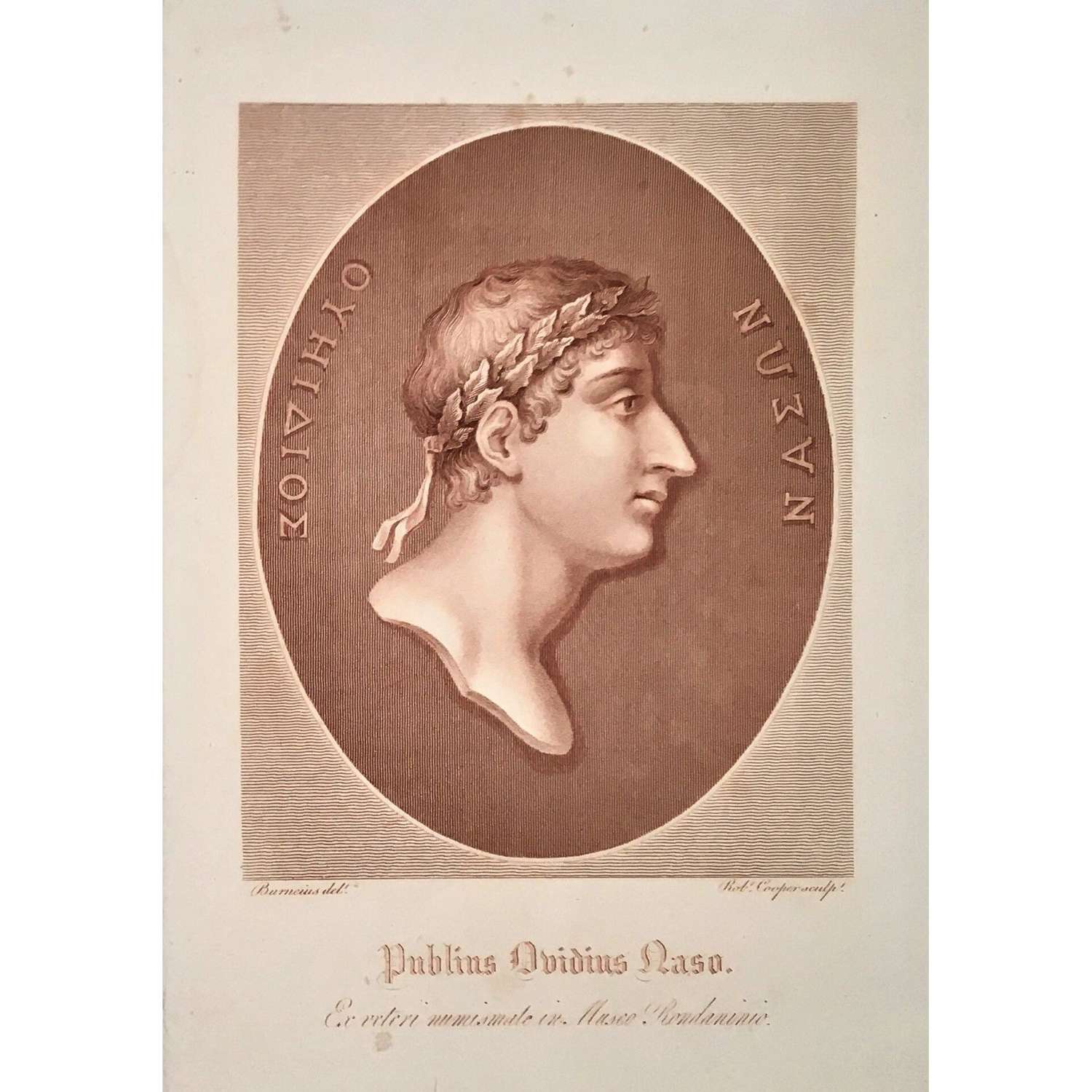 Portrait of a classical head facing right with a laurel wreath crown ties with a ribbon behind. Lettered in ancient Greek "ΟΥΗΙΔΙΟΣ ΝΑΣΩΝ" Lettered beneath the image "Burneius delt." and "Robt. Cooper sculpt." / "Publius Ovidius Naso", and "Ex veteri numismate in Museo Rondaninio" ["from an old piece of the Museo Rondaninio"].

State before final text. A later state appeared in "Delphin and Variorum Classics", 1820 with a publication line confirming as such.

Portrait of the Classical Roman poet Ovid, celebrated as the author of the Metamorphoses. The print states that the portrait used as the basis for the image was located in the Museo Rondaninio. The Palazzo Rondanini on the Via del Corso in Rome once housed an impressive collection of ancient and Renaissance works of art (now dispursed). Presumably the scholar Charles Burney (here classicised to Burneius) made a record of it there. A similary carved intaglio hardstone, bearing the same Greek inscription, was once in the collection of the King of the Netherlands.[1]

Full sheet with very broad margins. Slight water mark to the left (outside the image). Scarce. Only a copy of the later state taken from 'Delphin and Variorum Classics' is in the BM. 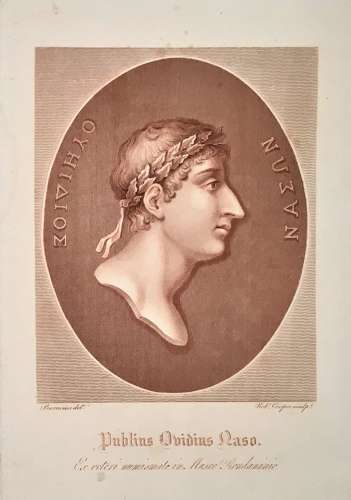 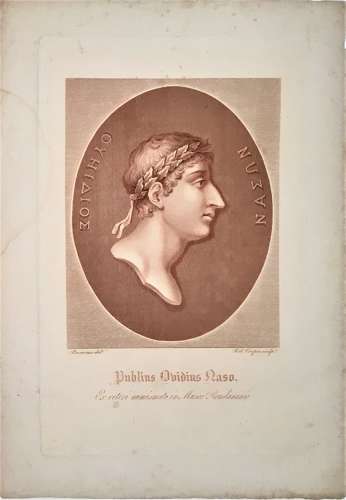