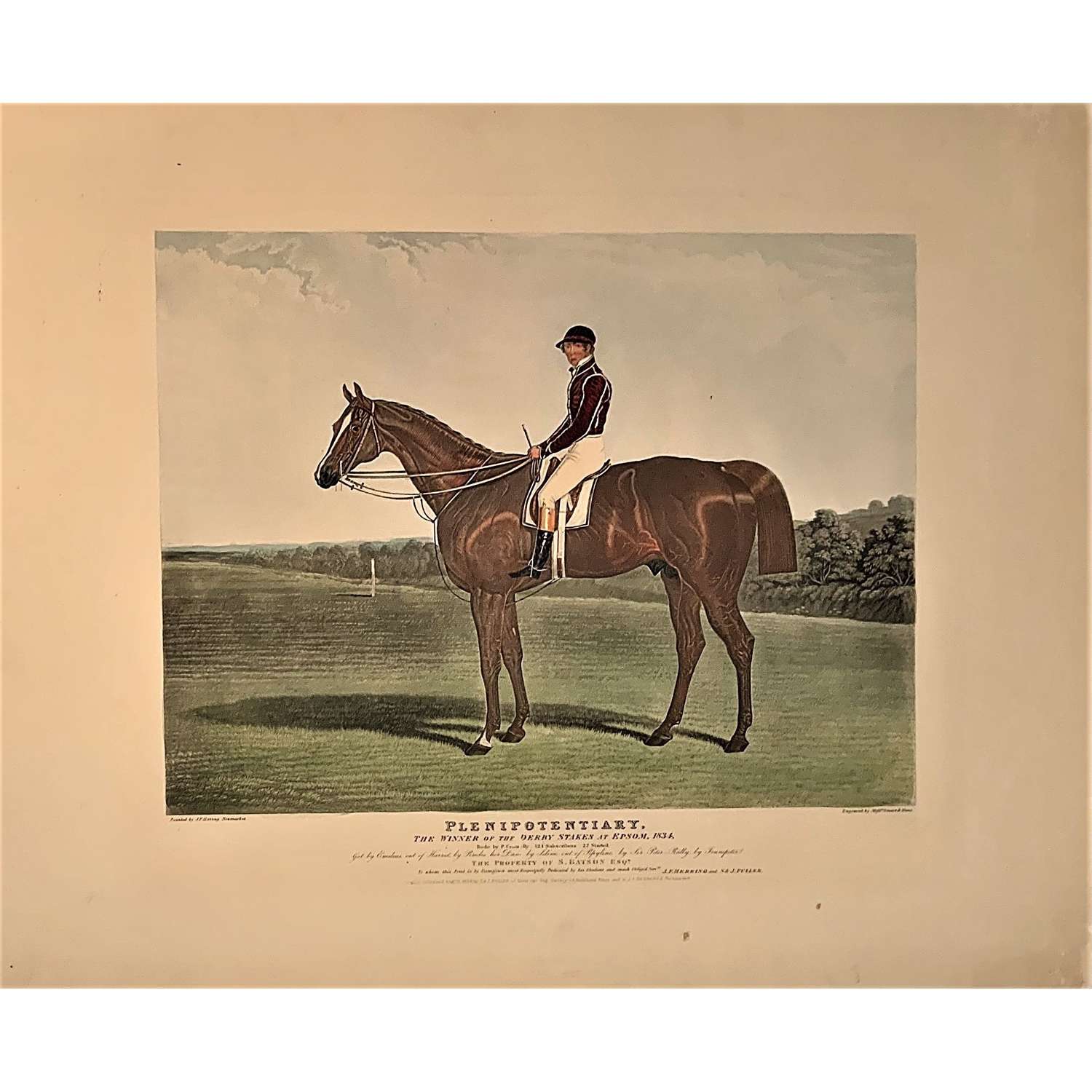 Lettered beneath the image "PLENIPOTENIARY/THE WINNER OF THE DERBY STAKES AT EPSOM, 1834 / Rode by P. Connelly. - 124 subscribers - 22 started / Got by Emilius, out of Harnet, by Pericles, her Dam by Selim, out of Pipyline, by Sir Peter Rally by Trumpeter. / THE PROPERTY OF S. BATSON ESQR. / To whom this Print is by Permission most Respectfully Dedicated by his Obedient and much Obliged Servts. J.F. HERRING and S&J. FULLER. / London Pubished Augt.12 1834 by S. & J. Fuller at their Sporting Gallery 34. Rathbone Place and at J. F. HERRING'S, Newmarket".

Plenipotentiary (affectionately shortened by racegoers to "Plenipo") was stabled by his owner Stanlake Batson (1774-1857) with the colourful young trainer George Payne (1803-1878) and started the 1834 Epsom Derby, run on 29 May, as the 9/4 favourite. The horse was ridden by the Irish jockey Patrick Conolly (1806-1842) in the colours of his owner, as depicted here. Conolly made his move in the final furlong and quickly went to win very easily by two lengths. Although he ran few races and had minimal success at stud, Plenipotentiary is considered by a number of authorities to have been one of the greatest racehorses of the 19th Century and was described thus by George Tattersal in the 1850's:

"The extraordinary beauty, size, and perfection of racing points displayed by Plenipotentiary, were so conspicuous as to obtain the admiration of all who saw him. He was decidedly one of the most magnificent colts even seen on the Newmarket or any other course"

Scarce. Not in British Museum or with British Sporting Art Trust.
See The Clark Art Institute, 1955.2031, for similar. 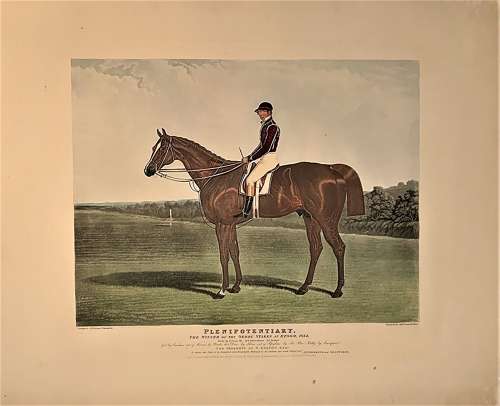