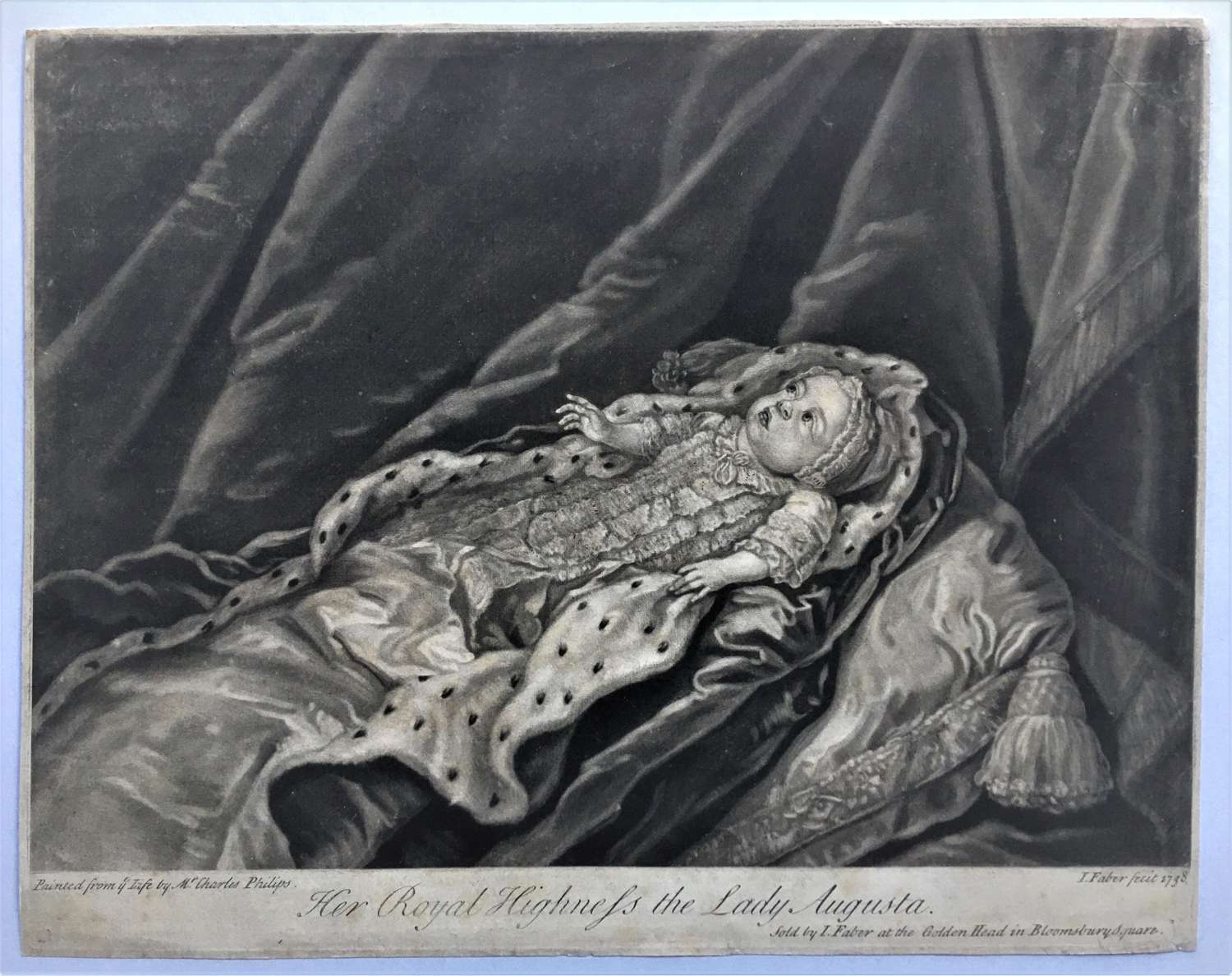 Princess Augusta, Duchess of Brunswick as an infant, depicted full length, dressed in a silk and lace gown with a baby-bonnet on her head and laid on an ermine-lined robe, reclining propped up by a tasselled cushion with velvet drapery.

Text beneath the image "Painted from ye Life by Mr Charles Philips. / I. Faber fecit 1738. / Sold by I. Faber at the Golden Head in Bloomsbury Square."

A charming image of the infant Princess Augusta Frederica who was born on 31 July 1737. She was the first child of Frederick, Prince of Wales (1707–1751) (eldest son of George II) and the Princess of Wales, Augusta of Saxe-Gotha-Altenburg (1719–1772). She was christened by the Archbishop of Canterbury in the Chapel Royal, St James Palace and her godparents were her grandparents, George II and Queen Caroline and Princess Magdalena Augusta the Dowager Duchess of Saxe-Gotha-Altenburg.

The print was probably made when, as the eldest child of the Prince and Princess of Wales, she was still second in the line of succession. However, as an heir presumptive, this changed in June 1738 with the birth of her younger brother George (who was, ultimately, to become George III). She married Charles William Ferdinand, Duke of Brunswick (1735–1806) and was the mother of Caroline of Brunswick (who in due course married her own first cousin George Augustus Frederick (George IV)).

A very fine and well preserved impression of this extremely scarce mezzotint print in its only known state. Trimmed to just outside the platemark. Not in NPG or Yale. See Royal Collection Inventory [RCIN 604169] and British Museum [Mm,15.182 and 1902,1011.8094]