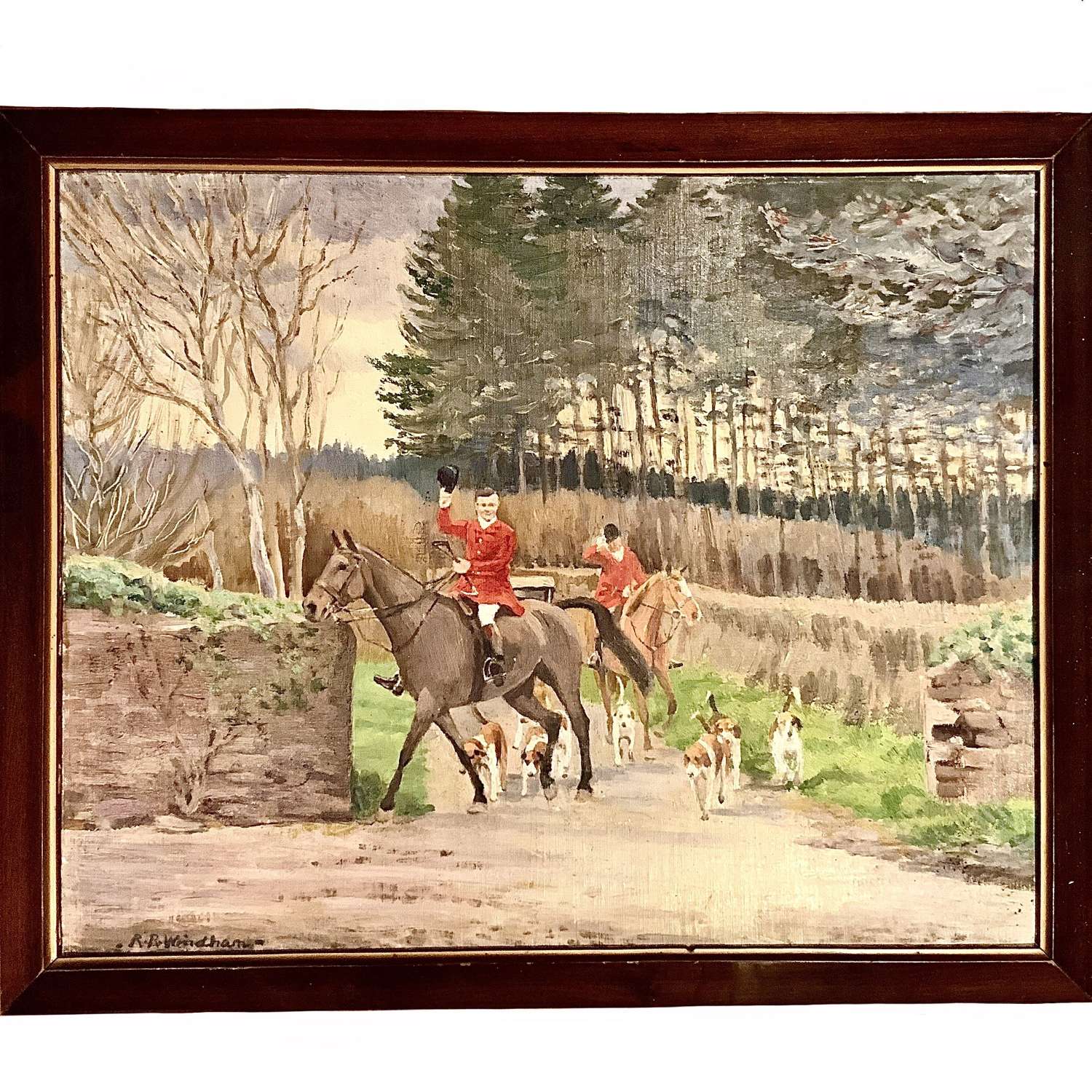 An interesting painting of the Quantock Staghounds with horses, huntsmen and hounds on a country lane with woodland in the background. Comprehensively inscribed with the details of what is depicted on a label verso which reads:-

Rachel Russell Windham came from a family with strong artistic connections and her aunt was the artist Dorothy Dymock (1881-1984). She was the eldest of three children (she had two younger brothers). Her father Lt.-Col. Henry Steuart Windham (1873-1958) was a soldier and her mother Marjorie Russell Dymoke (1885-1971) was a great granddaughter of 6th Duke of Bedford. Rachel studied at the Slade School of Art in London where she spent a year just before the outbreak of World War II. At the start of the war she enlisted in the Women's Land Army in which she spent the duration of the conflict, whilst continuing to paint.  She became an accomplished naturalistic painter of horses, showing at the RA, RBA and NEAC and also at county shows and at White City where she collected commissions for horse portraits. In 1963 she married Lt.-Col. George Kinloch Sheppard (1905-1963) but was widowed after only five months of marriage. She almost ceased to paint but after the death of her mother in 1971 she began exploring a more liberated, contemporary abstract style which she used for the remainder of her career. A major retrospective of her work was held at the Davies Memorial Gallery in Newtown, Powys in 1996, when the artist was aged 80. In the same year she was named 'Welsh Artist of the Year'.

She died in 2005 and was buried beside her husband, to whom she was married so tragically briefly, in the churchyard of St Cewydd, Aberedw, Powys, Wales.

The address of Fiddington, Bridgwater corresponds to where Rachel Windham lived in the late 1940's.

An attractive painting in good condition but which made particularly interesting by the very specific knowledge of what it depicts.