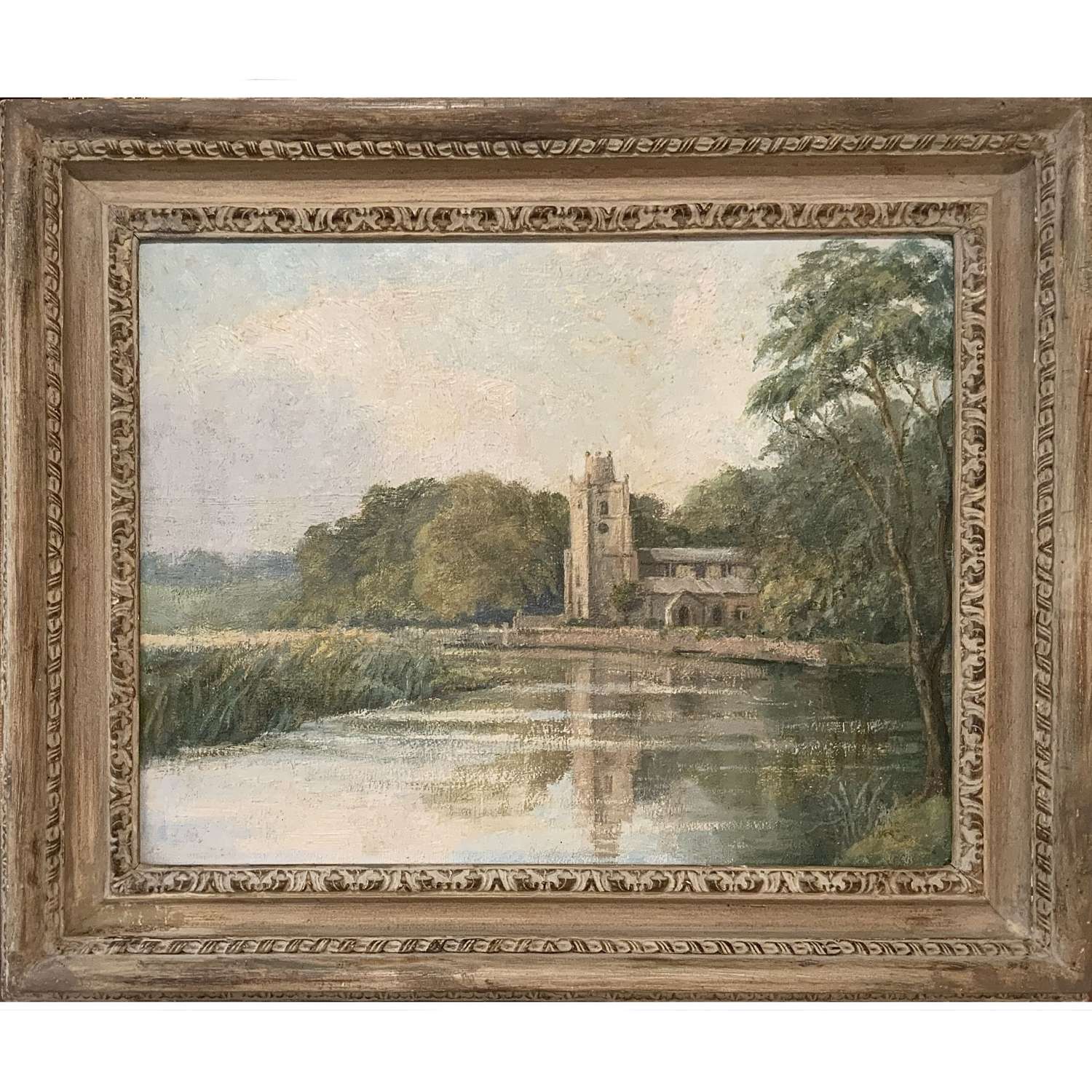 A very attractive work depicting the bend on the River Great Ouse at Hemingford Grey, on which can be seen the Twelfth Century St James' Church. The view here is particularly picturesque and was the subject of a number of landscapes by the distinguished Victorian watercolourist William Fraser Garden (1856-1921), who lived nearby at Hemingford Abbots.

Little is known of the artist A.M.G. Glynn. They may be synonymous with Ann Glynn (b.1881), a daughter of Irish-Welsh artist Timothy Glynn (1841-1930) who had exhibited work at the Cambrian Academy in the 1920's. The address given of "River House, Hemingford Grey" (also know as "Riverview House") is a substantial Grade II* listed property. Interestingly, it is where the celebrated genre painter Walter Dendy Sadler (1854–1923) lived from 1896 until his death. Sadler built an artist's studio here, which is still standing to the rear of the house. Around the time of his move to Hemingford Grey, Walter Dendy Sadler divorced his wife and was given custody of their five children who were raised in the village (including Walter Hammond Sadler (1886-1958) remembered as a famous landscape architect in the U.S.A.). During WW1 two of Sadler's sons served in the army and a daughter served as a nurse. It may be that A.M.G. Glynn had a connection with the Sadler family.

Presented in an unusually fine carved beechwood and gesso frame with half lap and cross-piece jointed corners.