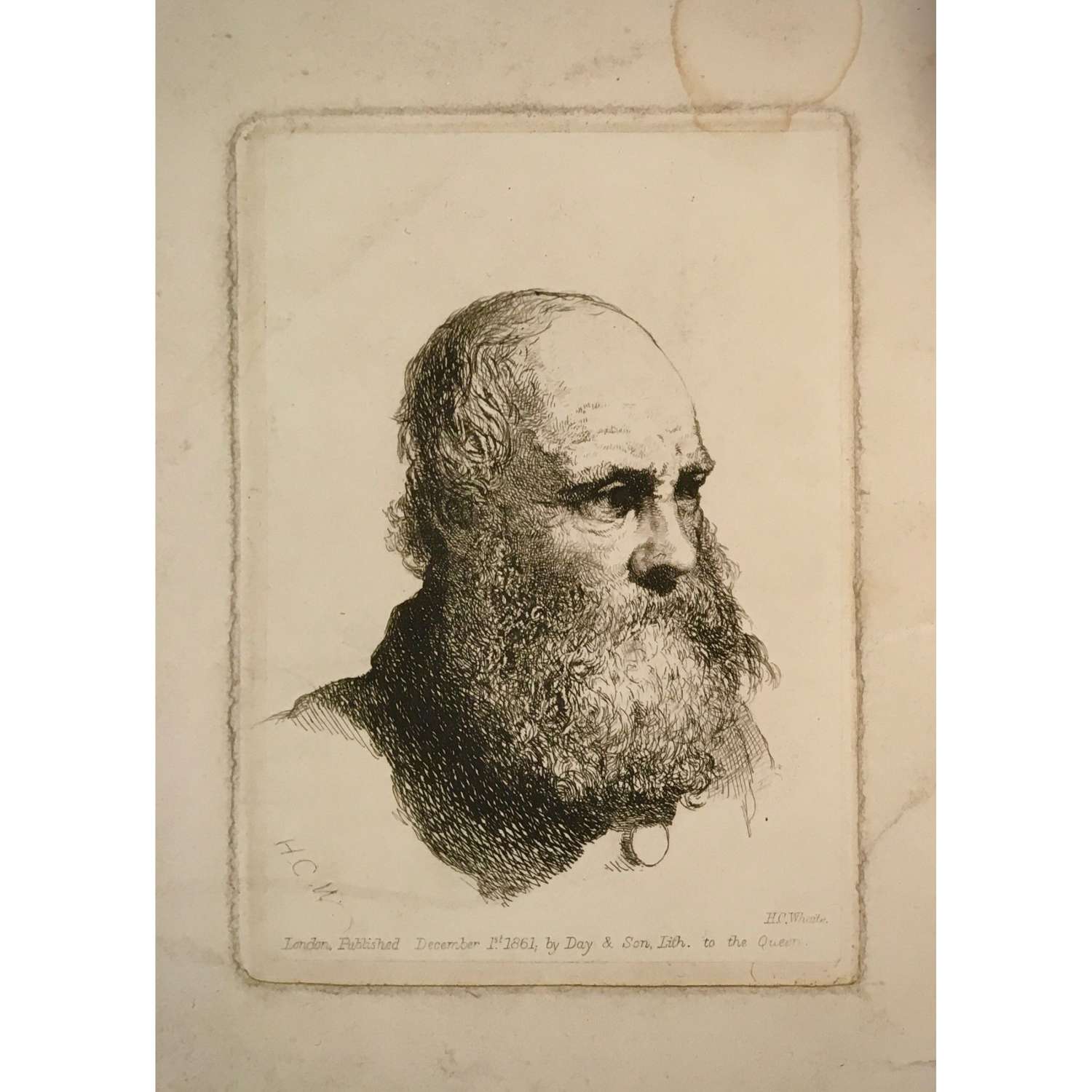 A version of this print appeared as Plate 26 in "Passages from modern English poets"; this publication included writings from various illustrious authors alongside illustrations by of distinguished members of "The Junior Etching Club". This Club, which only lasted seven years, was founded in July 1857 by members of the ‘old’ Etching Club to accommodate younger printmakers who favoured a more modern, "sketchy" style.  This engraving was entitled "Study of a head / H.C. Whaite" and accompanied verses  entitled "Youth and age" by Hon St. George Tucker ; "Old age" by Charles Caleb Colton  and "Youth and age" by William Wordsworth.

Among other illustrations, "Passages from modern English poets" included "Portrait of William Etty R.A." by William Gale (1823–1909) and "Summer Indolence" by John Everett Millais (1829-1896). What has not been noticed until now is that this "Study of a Head" is actually an important addition to the icongraphy of Charles Darwin. The verses on youth and old age by Tucket, Colton and Wordsworth which "Study of a Head" accompanied may all be said to deal with profound questions on the passage of time and the role of man's presence in and interaction with nature. In the light of the publication of Darwin's "On the Origin of Species" only two year's earlier, in 1859, the appearance of his image beside these verses, although anonymous, would have been more explicit to the knowledgeable members of the contemporary audience.

Henry Clarence Whaite, often referred to as Clarence Whaite, was a native to Manchester but is particularly associated with Wales. In 1851 he joined the group of painters who has settled around Betws-y-coed, to which he returned time and time again. He moved to Wales in the 1870's and married a local girl. In 1881 he was one of the leaders of the group of English and Welsh artists who founded the Cambrian Academy (later the Royal Cambrian Academy) of which, in due course, he become President. How he came to engrave a portrait of Darwin is currently unknown. By 1861, Darwin's treatise "On the Origin of Species by Means of Natural Selection" had weathered the storm that followed its publication and, despite its contentiousness, began to be accepted. In that year Darwin began to take steps to convince those who opposed his theories on the grounds of religious belief, that the "Origin of Species" was not inconsistent with theology. It may be for this reason that Whaite, who was deeply religious and believed that the presence of God showed itself in the appearance of the Sublime landscape, felt it appropriate to create this image which has hidden in plain sight for 160 years. 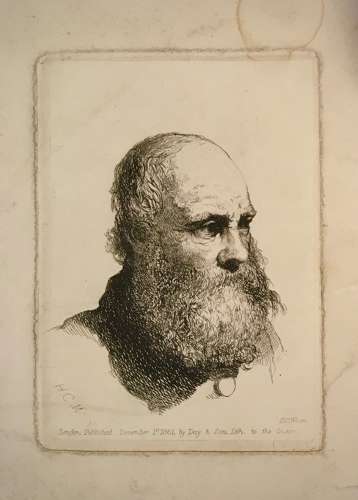