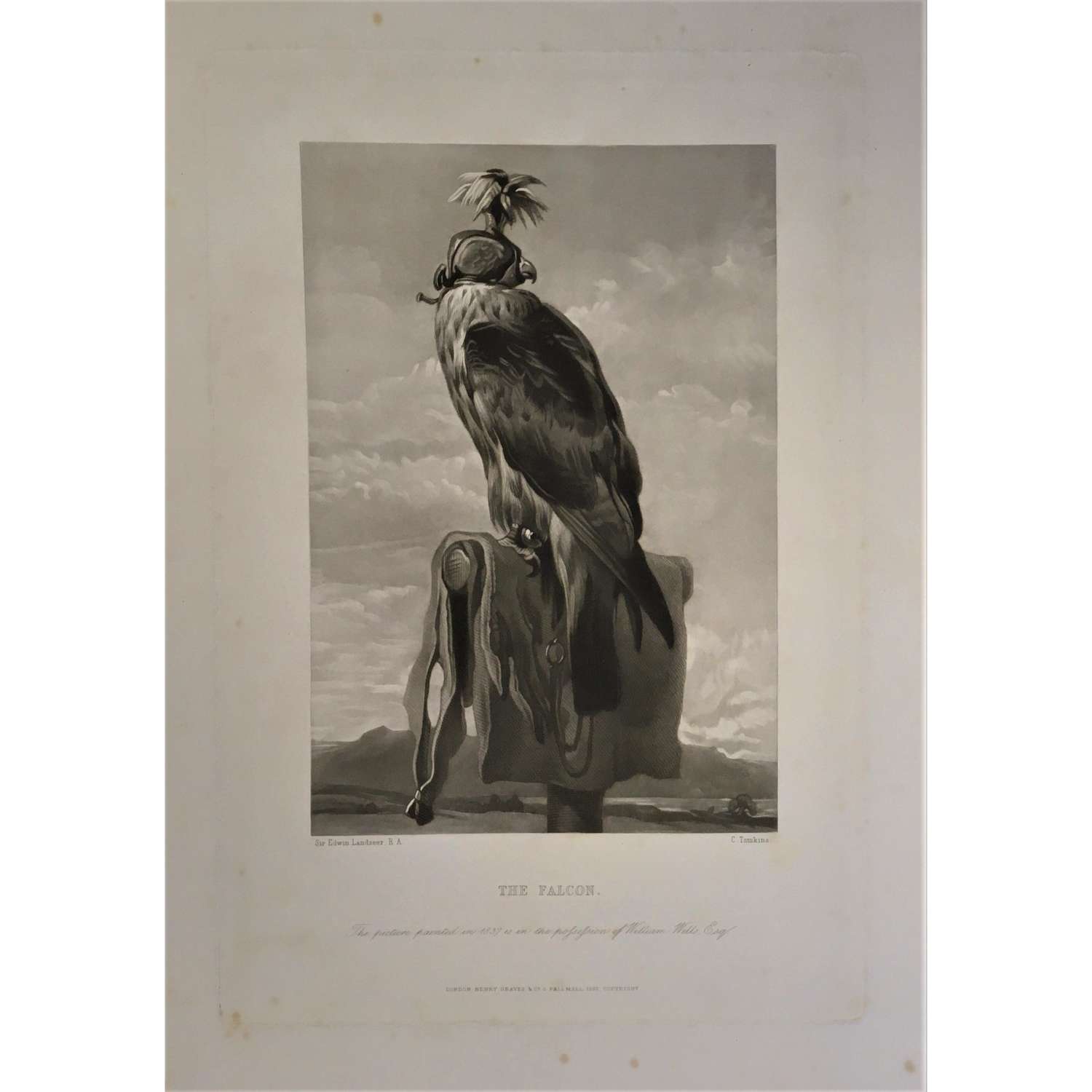 Lettered beneath the image "Sir Edwin Landseer R.A." and "C.Tomkins" / "THE FALCON." / "The picture painted in 1837 is in the possession of William Wells Esq", and with the publication line "London, Henry Graves & Co, 6, Pall Mall, 1882, Copyright".

"The Falcon" (also referred to in the Landseer literature as "Hooded Falcon" and "Peregrine Falcon") was exhibited at the R.A. in 1837 (no.34). It was engraved for the Library Edition of Landseer's works (published by Graves 1881—93), appearing as Plate 11 in Volume 1.

Hawking was a popular pastime within the circle of Landseer's sporting friends and patrons. He exhibited two studies of falcons at the Royal Academy in 1837, which are among his finest paintings of birds. Landseer had drawn and painted hawks throughout the 1830s, but never with such precision and virtuosity and the skill of Tomkins' remarkable and striking engraving conveys much of the beauty of the original work.

William Wells (1767-1847), the first owner of "The Falcon", resided at "Redleaf", Penshurst, Kent. He had made his fortune as a ship’s captain in the East India Company's fleet and then from shipbuilding in Deptford and through owning (and subsequently selling) the Blackwall Shipyard on the Thames. He was a great connoisseur and collector, a trustee of the National Gallery and one of Edwin Landseer's most important patrons. 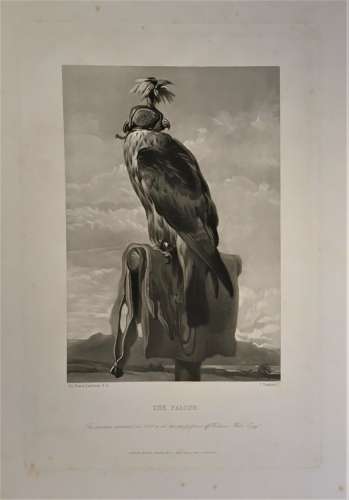