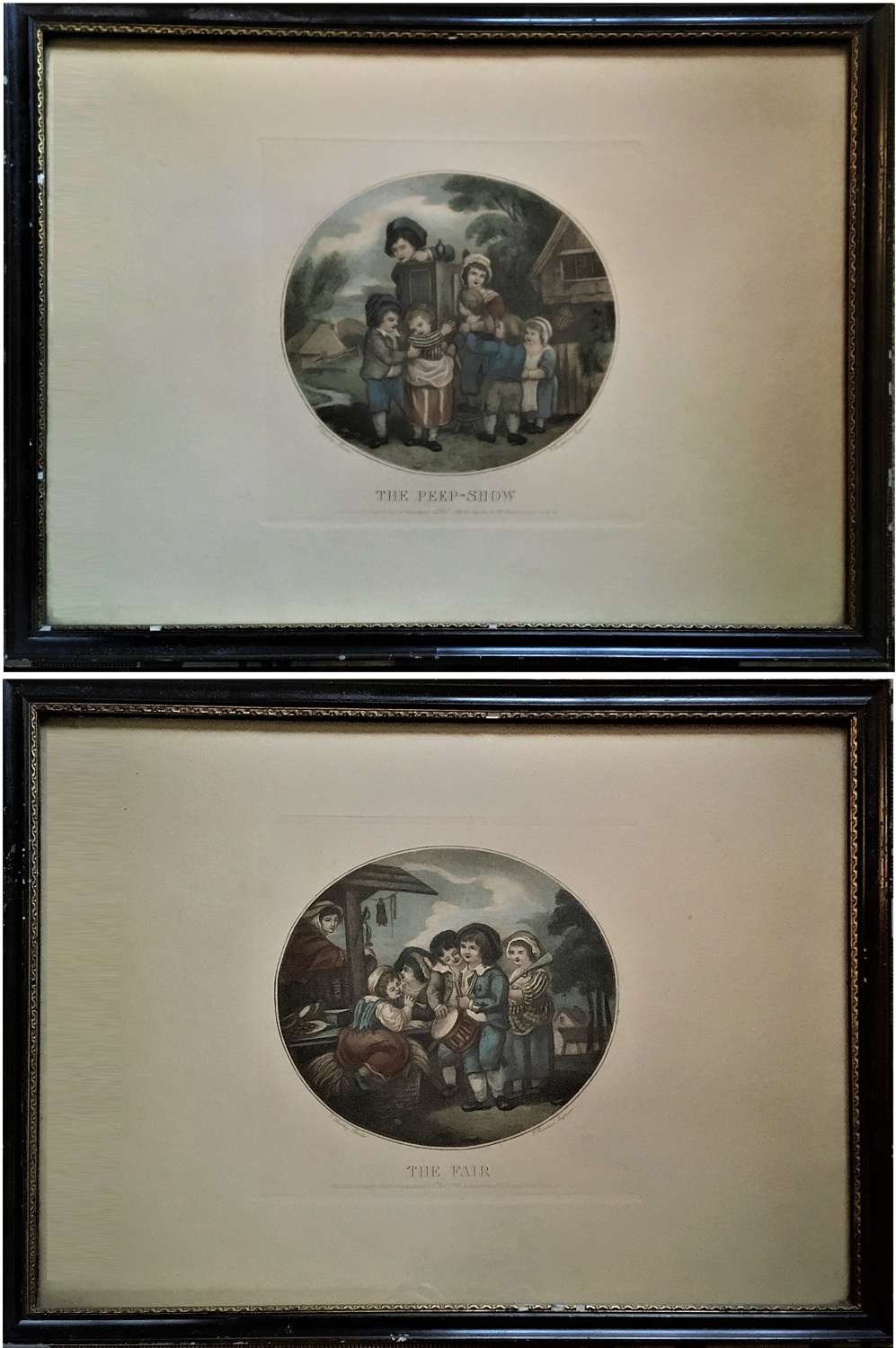 "The Peep-Show" & "The Fair" pair of hand coloured stipple engravings

A very attractive pair of stipple engravings by Francesco Bartolozzi after Francis Wheatley. The prints depict two forms of polupar late 18th Century public entertainments. "The Fair" shows a group of young musicians, presumably at a country fair or fete. "The Peep-Show" shows a group of children gathered round a "Peep Show" (also known as "peep box" or "raree show" ("rarity show"). In the 17th and 18th century these forms of entertainment were exhibited by itinerant showmen on streets, markets or fairs. For a small fee a viewer would be allowed to look through a lens to see the perpective view lit from behind by candles within the box.

Ann Bryer was possibly the daughter of the printseller and engraver Henry Bryer (active 1744-c. 1783) (a pupil and partner of the notorious printmaker William Wynne Ryland (1733–1783)). 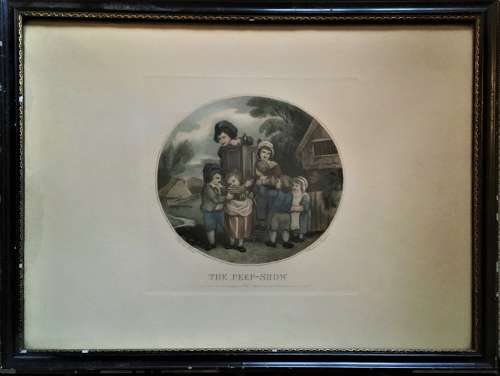 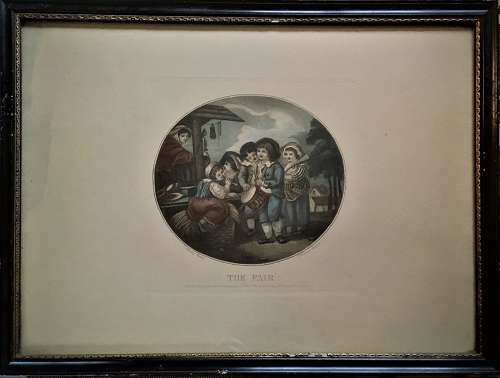