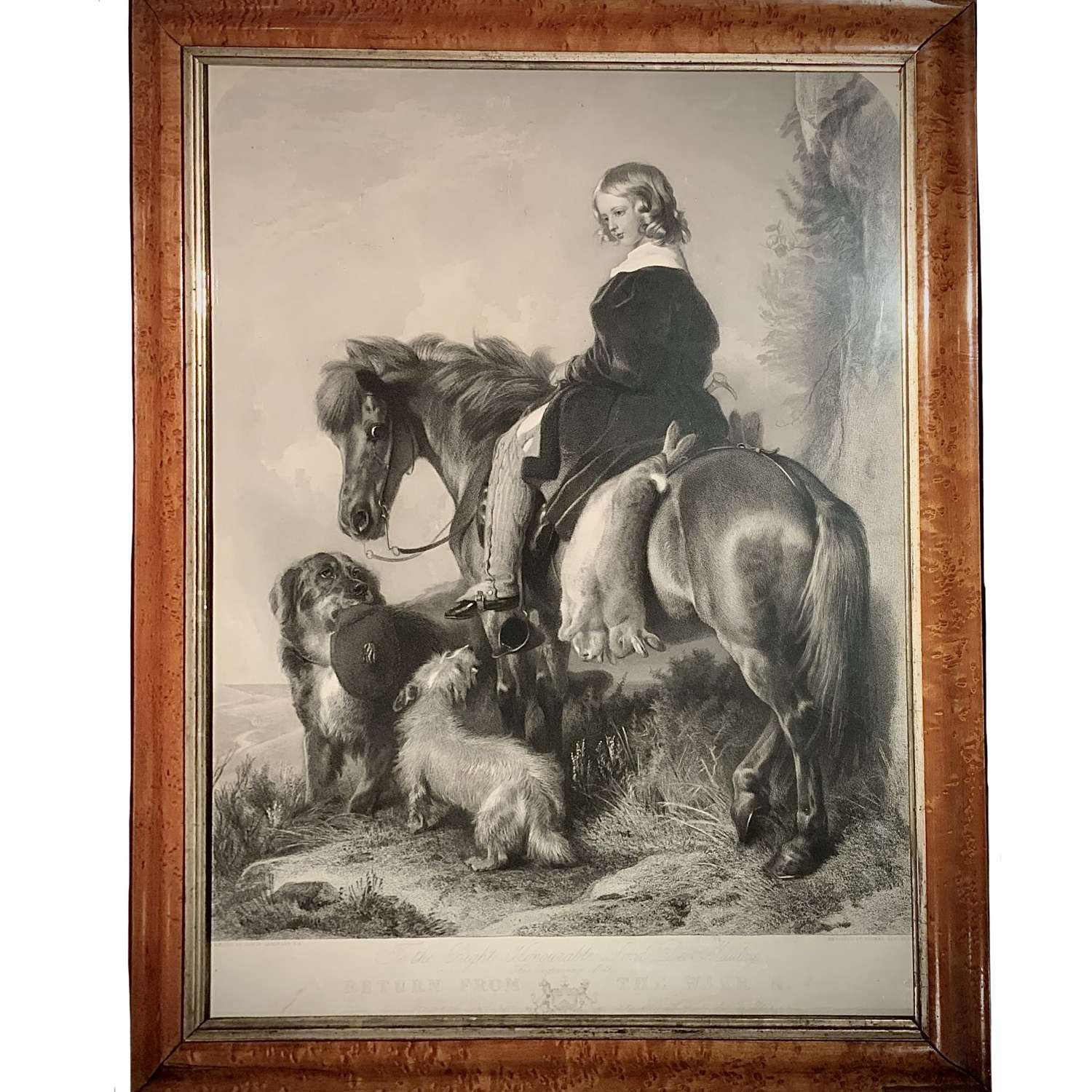 Lettered beneath the image "Painted by Edwin Landseer R.A." and "Engraved by Thomas Landseer" / "To The Right Honourable Lord De Mauley" / "This Engraving of the RETURN FROM THE WARREN from the Original Picture in his Lordship's Collection". The text either side of the coat of arms of the Ponsonby family (a chevron between three combs) being the family surname of Lord De Mauley and his son depicted. The rest of the text and publication line are obscured by the frame and inner slip but they are still intact beneath. "E. Gambard London" blind-stamp embossed lower left.

A charming early Victorian, large-format print which depicts Hon. Ashley George John Ponsonby (1831-1898) as a young boy, riding back from a hunting trip on his pony, having caught two rabbits, accompanied by two terriers (one of which holds his hat in its mouth). The original painting by Landseer was exhibited at the Royal Academy in 1843. The print here was engraved by Edwin Landseer's elder brother, Thomas, and published by Ernest Gambart & Co of 25 Berners Street, Oxford Street, London on May 25 1848. Thomas Landseer's mixed-method engraving technique (which involves etching, line-engraving, stippling and mezzotint) is an astonishingly accomplished translation of the original painting into black and white print.

Hon. Ashley Ponsonby was the younger son of Lord de Mauley (1787-1855). In due course he became a Captain in the Grenadier Guards and sat as MP for Cirencester from 1852-1857 and 1859-1865. He also served as a Justice of the Peace and as Deputy Lieutenant of Gloucestershire.

Framed and glazed. Presented in an very attractive mid-19th Century burr maple veneered frame with a gilded inner slip. The frame is slightly obscuring the print's arched top and some of the publication lines toward the bottom but is so in keeping with the print that it would be a travesty to alter.

Print in good condition, commensurate with age. Minor surface scratches and toned-in scuffs. Some yellowing towards the edges. Frame with minor fritting and loss to the burr maple veneer at the corners. 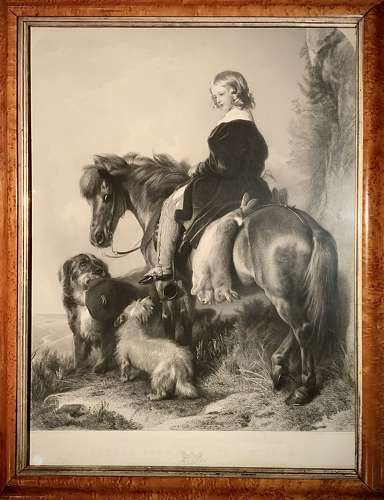 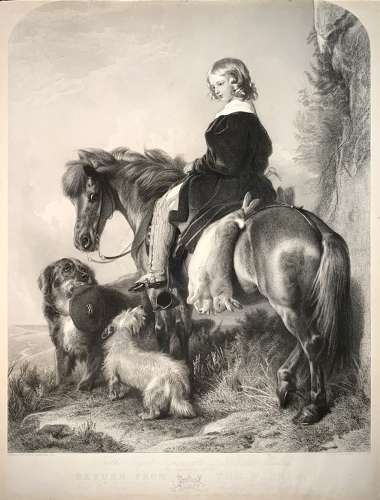 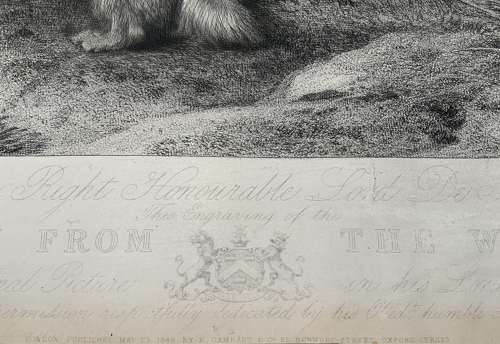