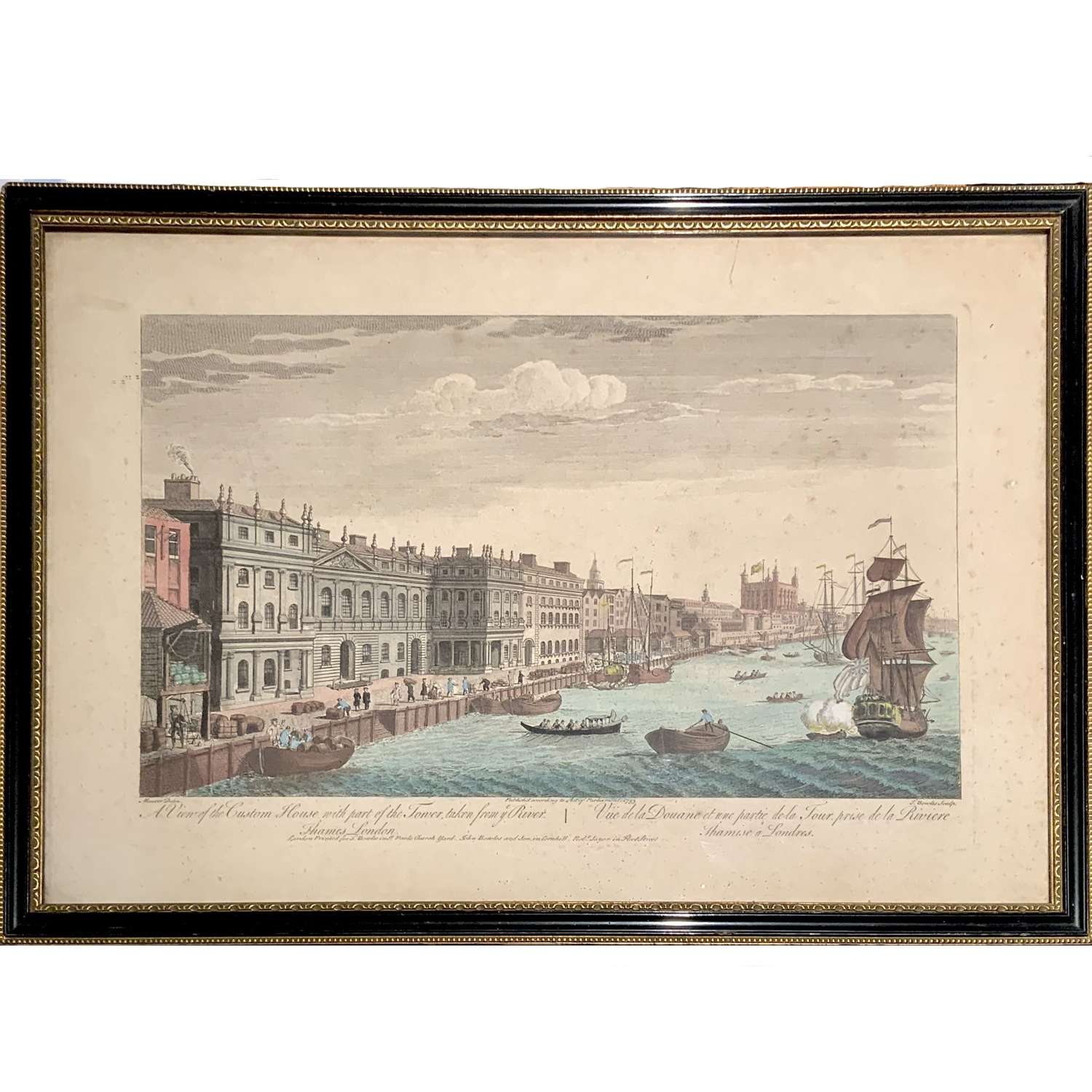 "A View of the Custom House, with part of the Tower, taken from ye River Thames, London"
Engraving by J Maurer (fl.1713-c.1761)
with original gouache hand-colouring
Published by Bowles & Sayer
London 1753

An attractively coloured perspective view of the old Customs House on the Thames stood on "Wool Quay" or "Custom House Quay". Various ships and boats are afloat on the water and the Tower of London can be seen in the distance. The Customs House, as depicted here, was designed by Thomas Ripley, replacing a structure by Christopher Wren erected after the Great Fire of London but destroyed by fire in 1715. Ridley's Customs House was also destroyed in a blaze in February 1814.

The original gouache colouring is in a good state. Well presented, framed and glazed - in a nice vintage, early 20th Century Hogarth frame.