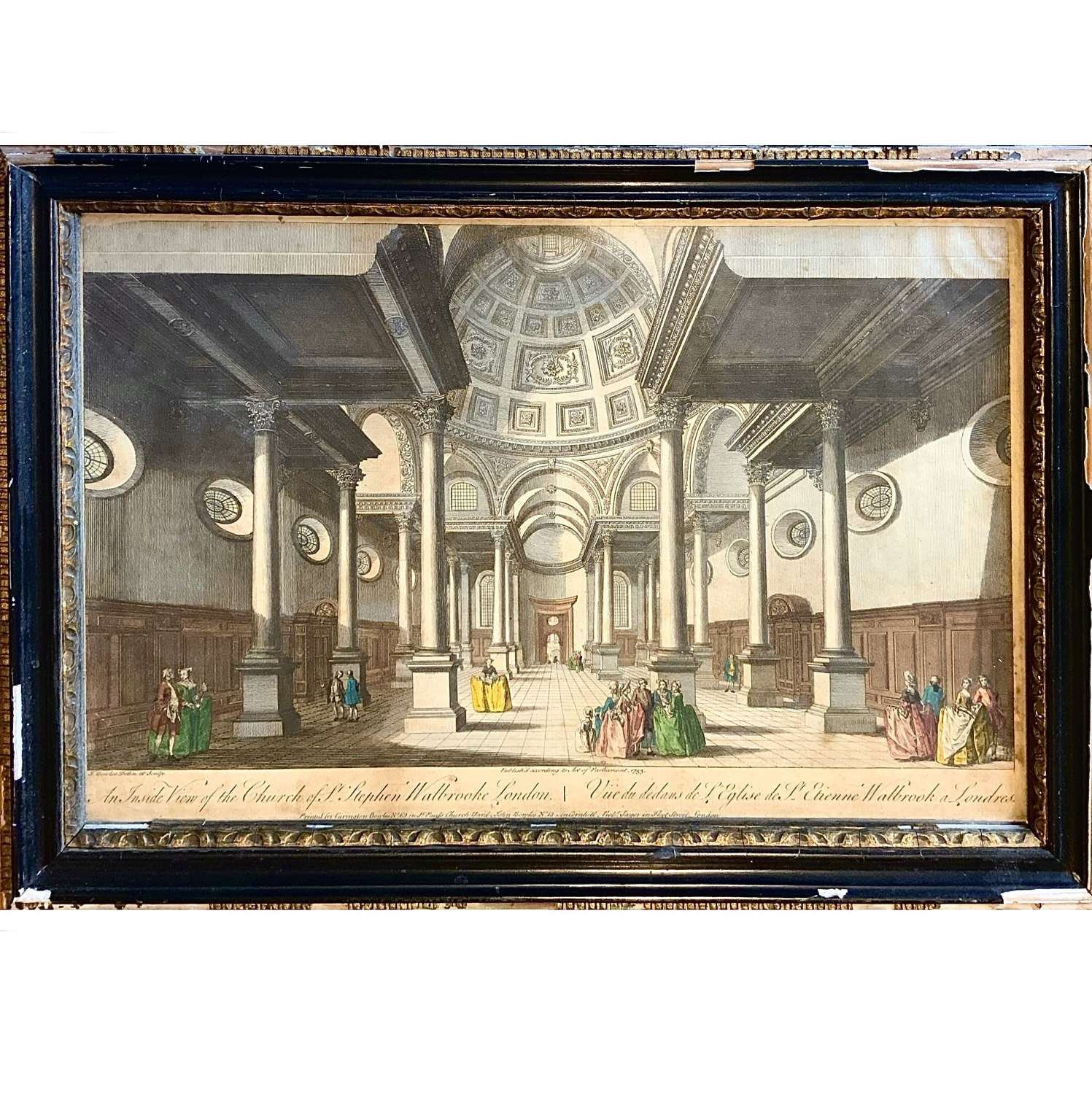 "An Inside View of the Church of St. Stephen Walbrooke London"
Engraving with original gouache hand-colouring
Published by Bowles & Sayer
London 1753

Lettered with the title in English and French beneath "An Inside View of the Church of St. Stephen Walbrooke London |  Vue du dedans de l'Eglise de St Etienne Walbrooke a Londres" and with "T. Bowles Delin et Sculp"; Publish'd according to Act of Parliament 1753"; "London Printed for Carington Bowles No.69 in St Pauls Church Yard; John Bowles No. 13 in Cornhill, Bobt Sayer in Fleet Street London".

An attractively coloured perspective view of the interior of this splendid Baroque church which stands next to the Mansion House in the City of London. The building was designed by Sir Christopher Wren, replacing a medieval church which had been destroyed during the Great Fire. Various fashionables stand in the colonnades beneath the church's dome.

Scarce. Not in BM.