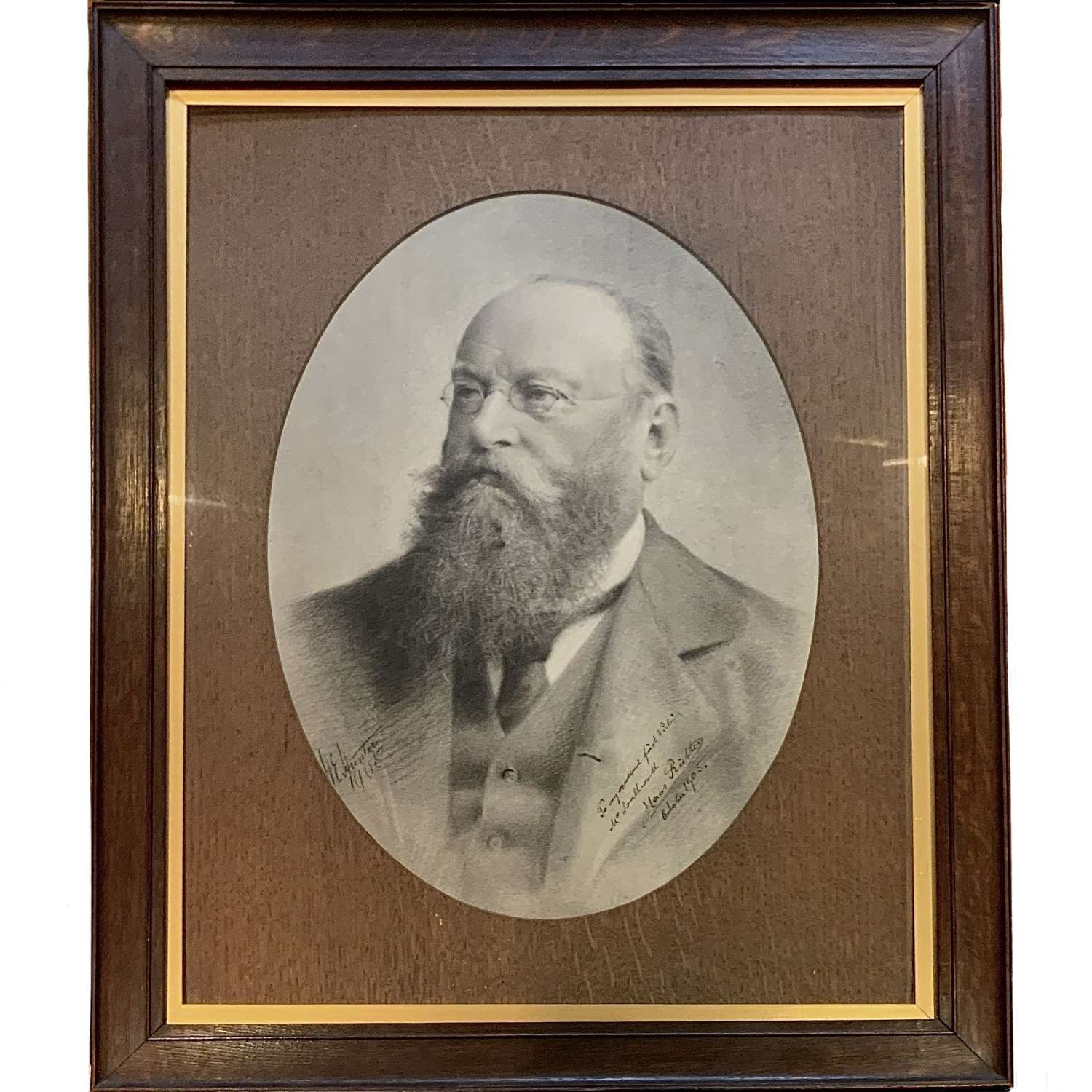 A Charcoal Portrait Drawing of the Conductor Hans Richter (1843-1916)

An imposing portrait drawing of the eminent Austro–Hungarian music maestro Hans Richter (1843-1916) who was one of the greatest conductors of his age. The portrait is attributed to James Brownlee Hunter (1855-1919) and indistinctly signed and dated "JB(?) Hunter / 1905" lower left. Hunter was a capable engraver and illustrator but his original works, like the image here, owe a debt to photography which he seems to have been particularly enthralled to.

Richter made his English debut in 1877 and became extremely popular with audiences here. Between 1879 to 1897 he held a series of concerts which became known as the “Richter Concerts” and was director of the triennial Birmingham Music Festival from 1885 to 1905. In the late 1890's he accepted the directorship of the Hallé Orchestra.

Richter is celebrated as the conductor of a number of highly important premieres of works by Richard Wagner, Johannes Brahms, Antonín Dvořák, Anton Bruckner and Sir Edward Elgar. He is particularly associated with Elgar who dedicated his First Symphony to Richter (as a "true artist and true friend").

The "Mr Southworth" to whom the portrait is dedicated is almost certainly Thomas Southworth (b.1870) who played First Violin in the Hallé Orchestra at this time. However, it is interesting to note that Thomas Southworth's brother Mr Jack Southworth (1866–1956) also played violin in the Hallé Orchestra (as well as having been a distinguished Blackburn, Everton and England footballer and top goal scorer in the English Football League during the 1890–91 and 1893–94 seasons).

A wonderfully accomplished original portrait of this important musical figure with very interesting associations. Retaining its original Edwardian ash wood oval mount and oak frame with gilded slip, so typical of the period. 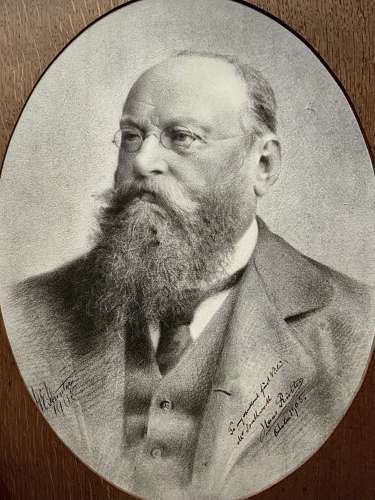 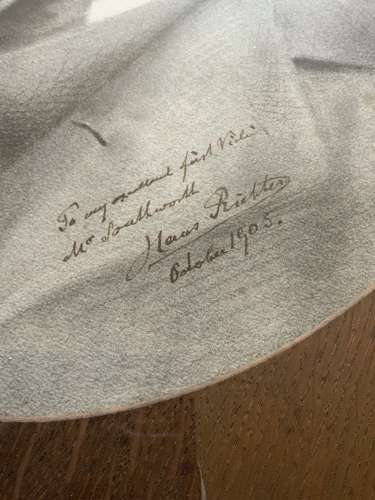