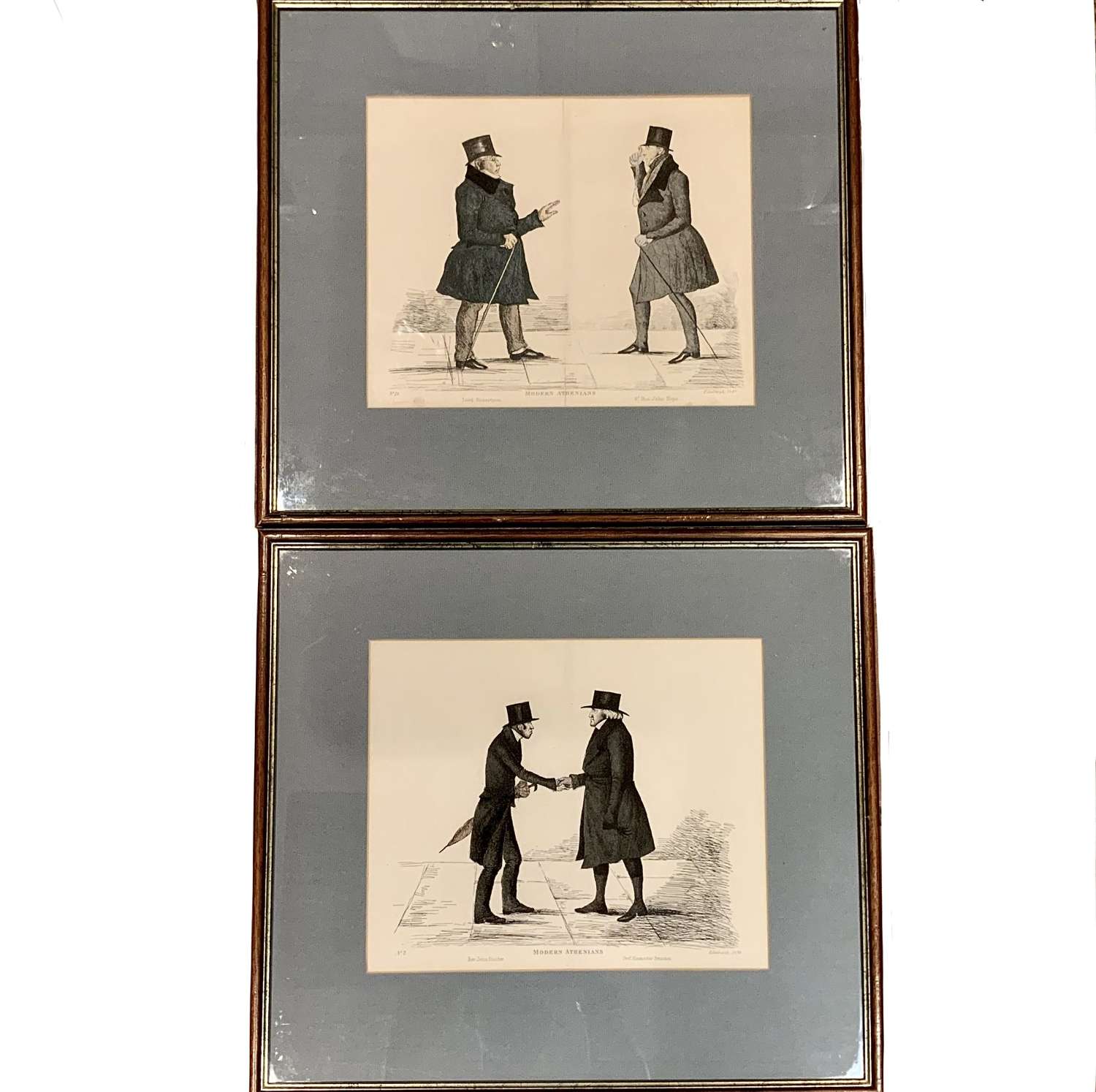 A pair of caricature prints from the famous “Modern Athenians” series by the Scottish draftsman, engraver, and caricaturist Benjamin William Crombie (1803-1847) depicting chance meetings on the street between celebrated Edinburgh figures of the late Regency/early Victorian era. At this time, at the tail-end of the "Scottish Enlightenment", Edinburgh was very much known as the "Athens of the North" and its intellectual figures were celebrated as “Modern Athenians” in Crombie's caricatures (the subjects of which were often amusingly juxtaposed in their physiognomy).

The prints here are "No.7: Rev. John Hunter and Prof. Alexander Brunton" and "No.18: Lord Robertson and Rt. Hon. John Hope".

Rev. John Hunter (1788-1866) was the son of the Reverend Dr. Andrew Hunter, professor of divinity at the University of Edinburgh. He was one of the ministers of the Tron Kirk, Edinburgh, from 1832 till his death. His presence was described as "far from prepossessing" (as here).

Prof. Alexander Brunton (1773-1854) was also a minister at the Tron Kirk before becoming Professor of Hebrew and Oriental Languages at the University of Edinburgh in 1813. He became moderator of the General Assembly of the Church of Scotland in 1823. He was described as having a “fine, though somewhat pompous, presence” (evident from the print).

Lord Patrick Robertson (1794-1855) was a Scottish judge and Senator of the College of Justice. He lived at 32 Drummond Place, Edinburgh. He was generally known as "Peter" was a friend of Sir Walter Scott and thought of as a great wit. 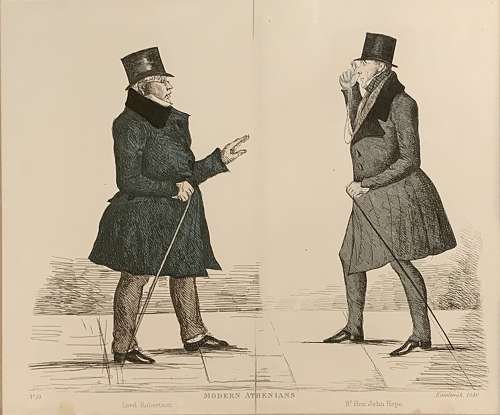 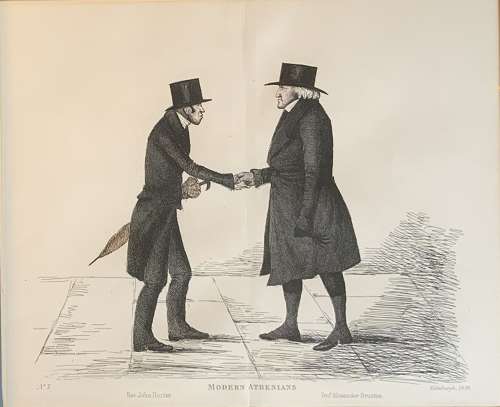