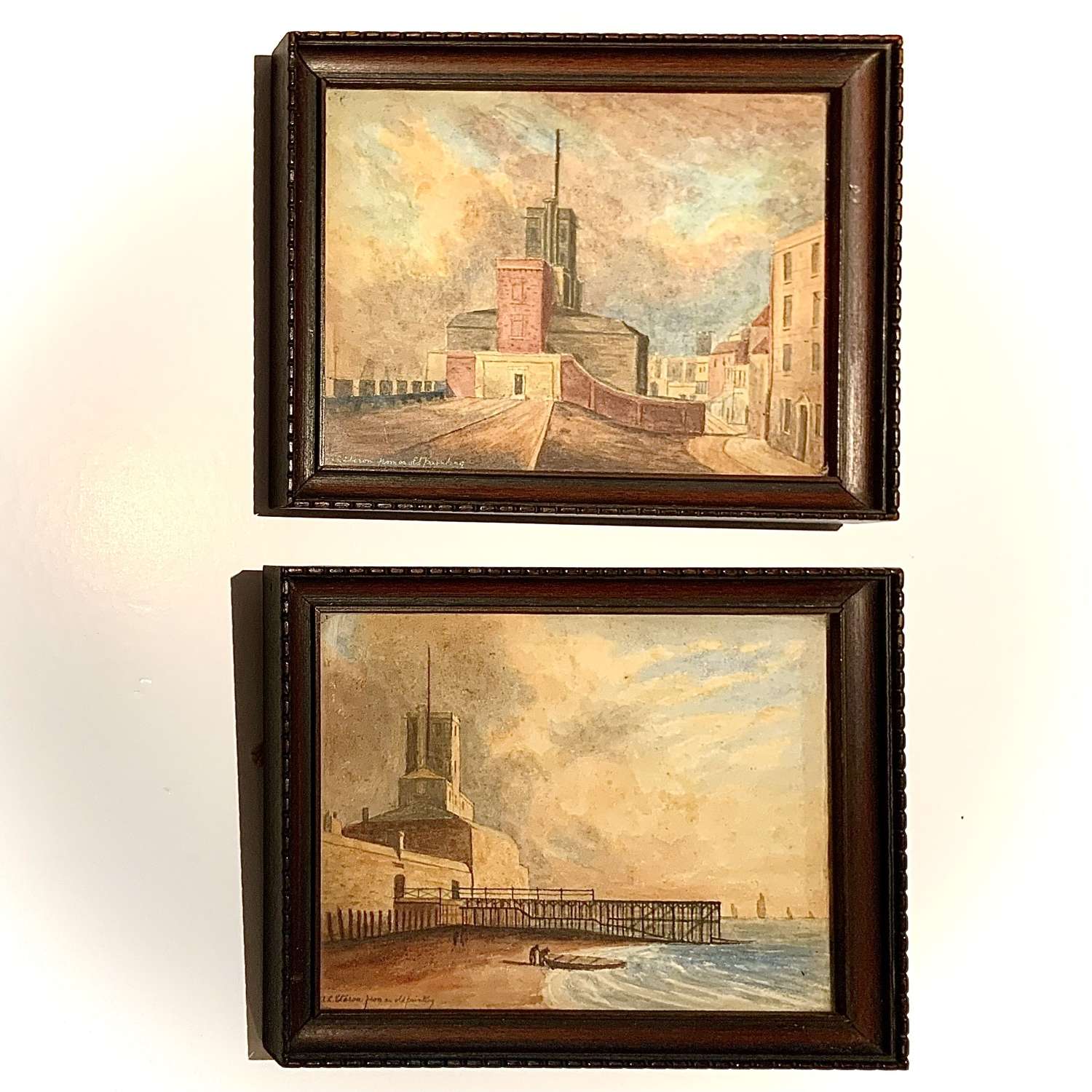 A Pair of Watercolours Depicting Old Fortifications of Portsmouth

An interesting and historic pair of pair of watercolours which provide a scarce colour record of how Portsmouth's old fortifications would have appeared at the time of Nelson, before they were demolished and altered. The watercolours, each signed "A.C. Eteson from an old painting" (lower left). Inscribed verso with what they depict. Both paintings show the old fortifications of Portsmouth and include the structure known as 'The Square Tower', originally built in 1494 and still standing. Depicted here in both images on top of the Square Tower is a semaphore tower which was built in 1823 but demolished in 1848. The "View of the Old Gun Platform, Grand Parade" depicts the structure also known as the 'Gun Battery' or 'Saluting Platform' which were demolished around 1880. The "View of the Old Sally Port or 'Beef Stage'" depicts a wooden wharf or pier which projected into the sea beside the Square Tower and had been erected to ease the victualling of ships at a time when the Tower was in use by the Royal Navy for the storage of provisions, especially meat. The Old Sally Port was altered around the 1850's to provide docking for packet steamers.

Along with the inscription of the titles on the back are address details of the artist "Miss A.C. Eteson, 27 Pembroke Road, Portsmouth". The address and annotations suggest the artist was extremely familiar with the scenes depicted and probably wanted to ensure the scenes were recorded for posterity.  Records show members of the Eteson family resided at the same address until the 1930s. The pictures also bear gallery / framer's label verso for "Albert Gardner & Co, Picture Framers & Fine Art Dealers, 3 Pembroke Road, Portsmouth / 35 East Street, Havant." There is also an early ink price for the pair of pictures of "£2-2-0". 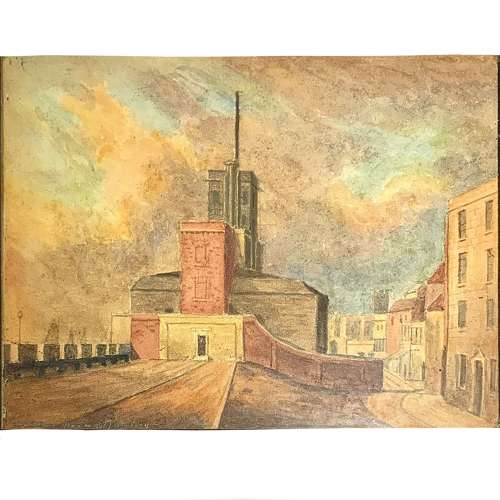 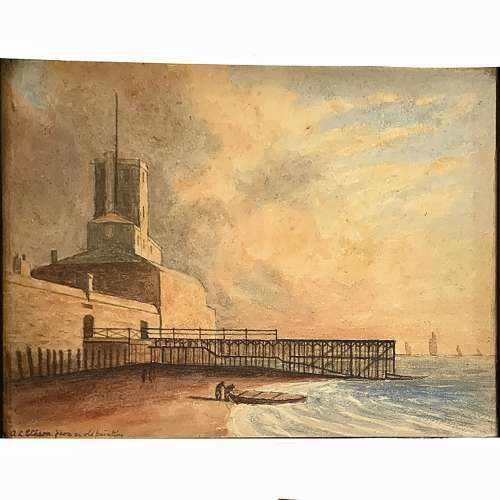 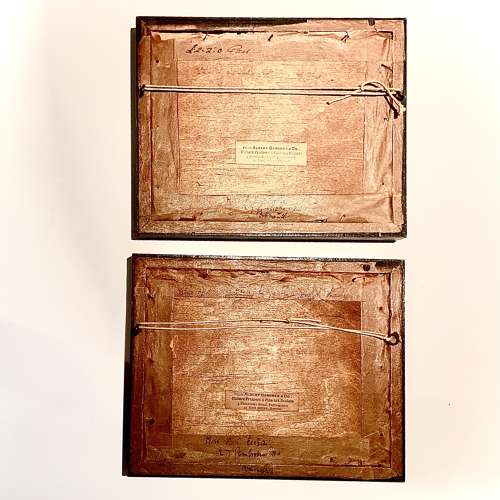