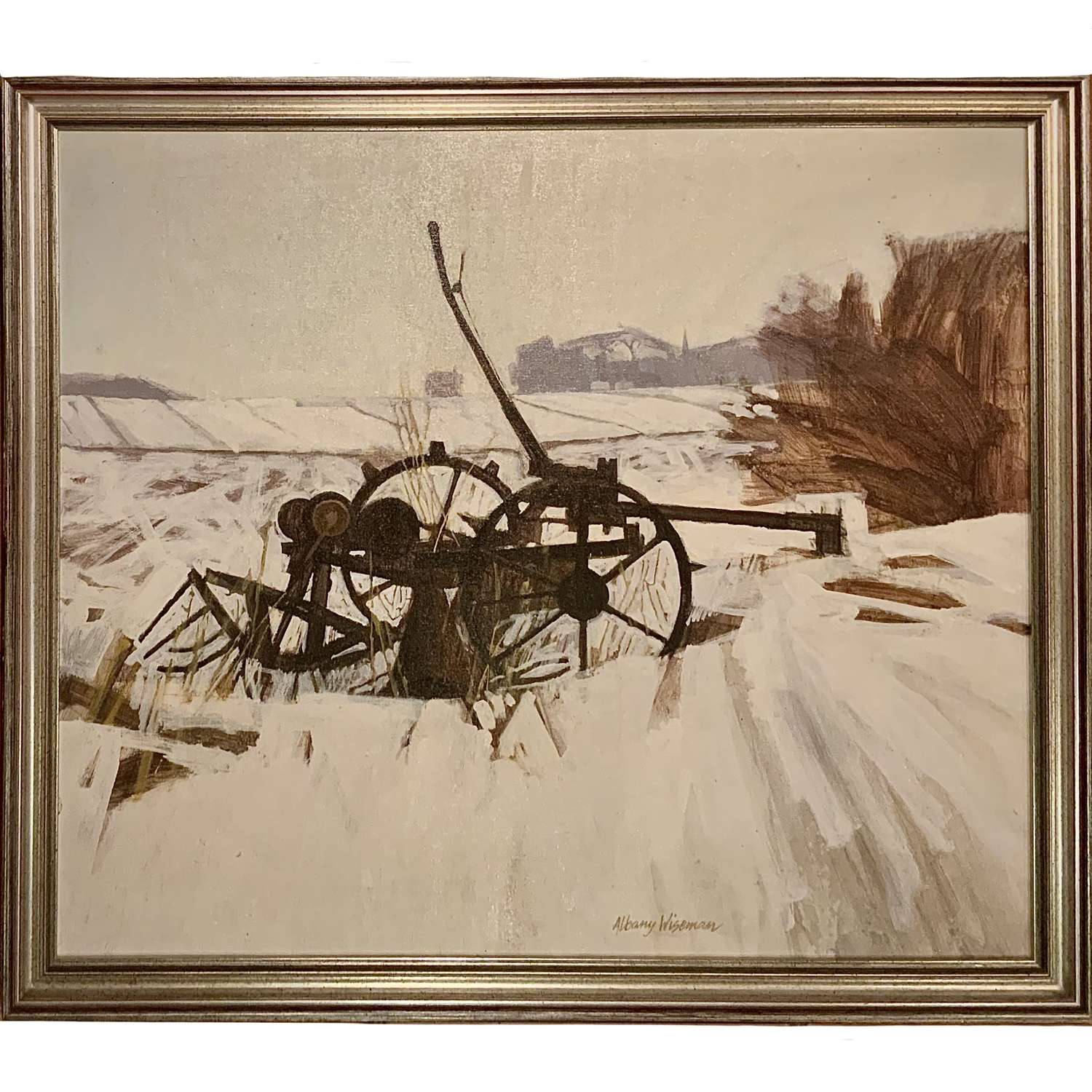 A wonderful and substantial oil painting depicting a wintery snow scene. An old and abandoned, iron horse-drawn harrow is rusting in the foreground, it's sprung seat bracket now bent high into the air. In the background the fields rise towards a patch of woodland on the horizon; the faint silhouette of a church spire can be glimpsed beyond. The composition, so evocative of the English landscape in the depths of winter, is reminiscent of Eric Ravilious's "Downs in Winter",1934 (Towner Art Gallery, Eastbourne) which also has an agricultural implement in the foreground. The bleak solemnity also conjures up similar images by the American artist Andrew Wyeth (1917-2009).

This work was probably painted in 1982 and, although representative of so many parts of the English countryside, almost certainly depicts a real view which Albany Wiseman had observed, possibly near Petworth in West Sussex (where that year he painted another winter landscape in watercolour).

Albany Gordon Wiseman was born in St Albans and attended St Albans School before studying at St Albans School of Art, where he was taught by Malvina Cheek (1915-2016). After his National Service with the Bedfordshire and Hertfordshire Regiment, he embarked on his artistic career in 1952, joining the studio of his father, Charles Wiseman, an established commercial artist. In due course Albany took over the running of the studio and also became a visiting tutor at Leicester College of Art.

In addition to painting, Wiseman designed Christmas cards, postage stamps, coins, posters and limited edition prints, illustrated several children’s books and wrote various books on how to paint. He was a member of Chelsea Arts Club, Chelsea Arts Society, the Royal Watercolour Society, London Sketch Club and Harlequins Rugby Club. In 2002 he published "The Artist’s Sketchbook" with a foreword written by  the Prince of Wales (who was tutored by Wiseman in the art of laying in a watercolour wash).

Wiseman exhibited regularly with The Royal Watercolour Society and at the Royal Academy Summer Exhibition and had numerous one-man shows at various galleries, including at Curwen & New Academy Gallery and Christies Contemporary Art. His final exhibition was in 2020 at Rodić Davidson (Architects), 1 Pied Bull Yard, Bloomsbury (near to his London home). His obituary appeared in The Telegraph, 4 March 2021.

Beautifully presented in a modern frame by Cleeve Picture Framing. 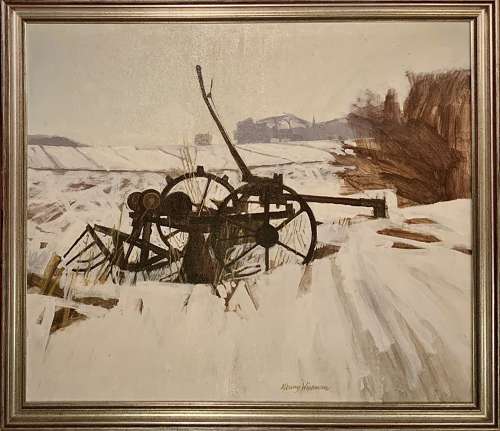 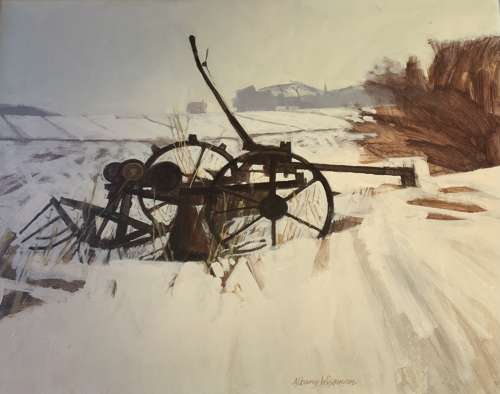