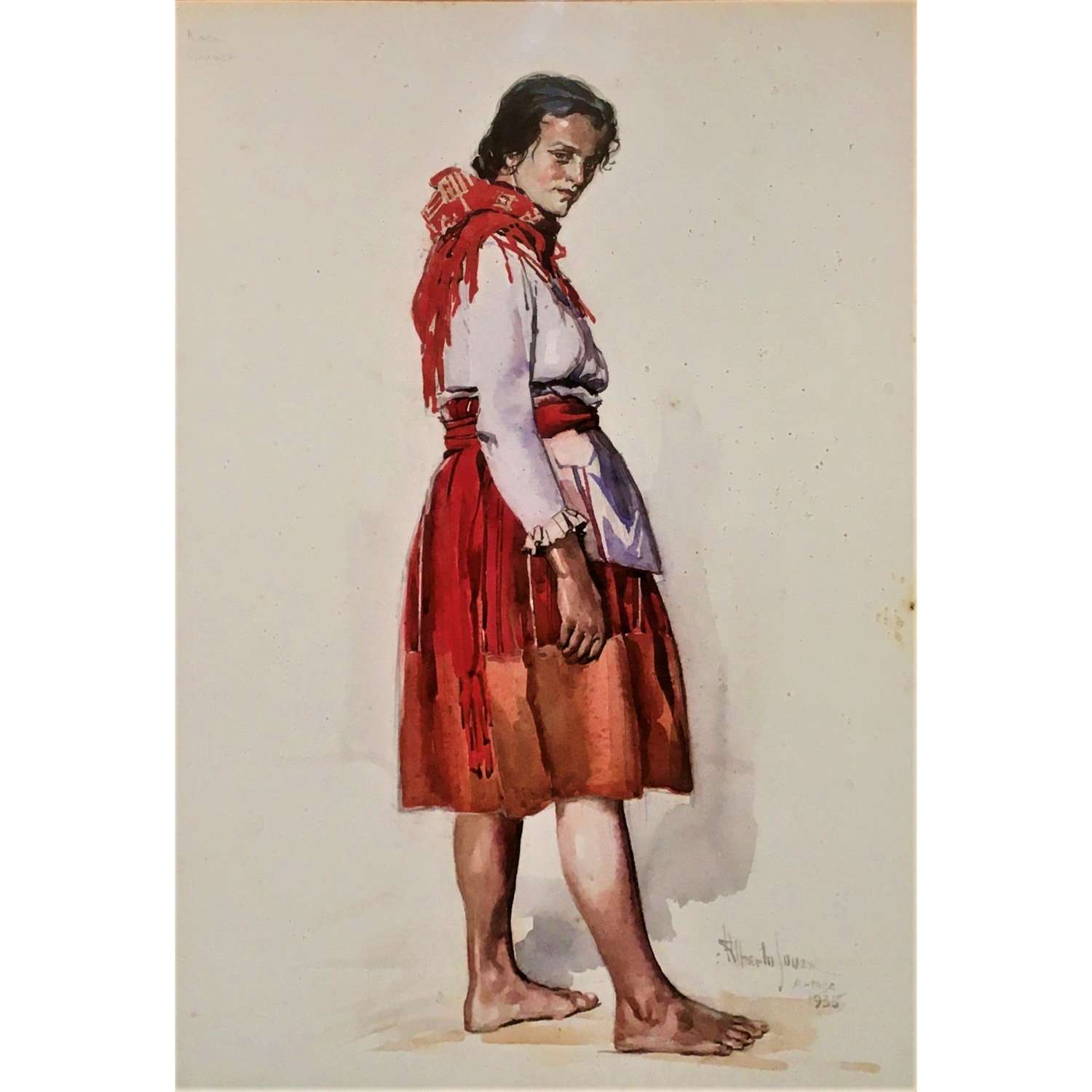 Alberto de Sousa (sometimes spelled 'Souza') was a distinguished Portuguese artist who studied under Alfredo Roque Gameiro (1864-1935) in Lisbon. Like his master he went on to paint primarily in watercolour. During the 1920's he illustrated books and was also responsible for the design of several stamps for Portugual's national postal service (Correios, Telégrafos e Telefones [CTT]). In 1931 he sent a number of watercolours to the Exposição Colonial Portuguesa de Paris (part of that year's Paris Colonial Exposition) depicting various Portuguese monuments in Morocco.

During the 1930's Alberto de Sousa painted a series of carefully observed works which portray the traditional regional costumes of Portugal, as they were actually worn, before they were replaced with modern clothing and lost forever. Some of these were turned into a series of postcards for the nascent Portuguese tourist industry.

Each region of Portugal had its own folk-songs, music, dance and dress. Areosa is a village in the Viana do Castelo (Minho) region of the Norte (Northern Portugal). In this work from 1935 de Sousa depicts a young peasant girl called  "Rosa" (possibly here a pun on the word for 'red') who is wearing the distinctive costume of her part of Viana do Castelo, where red kerchiefs and skirts were traditionally worn by younger women and girls, especially on joyfull occasions.

Alberto de Sousa's work is to be found in many distinguished collections and museums, including the Museu de José Malhoa, in Caldas da Rainha, Portugal. 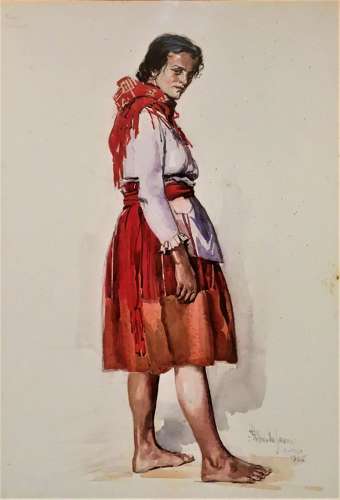