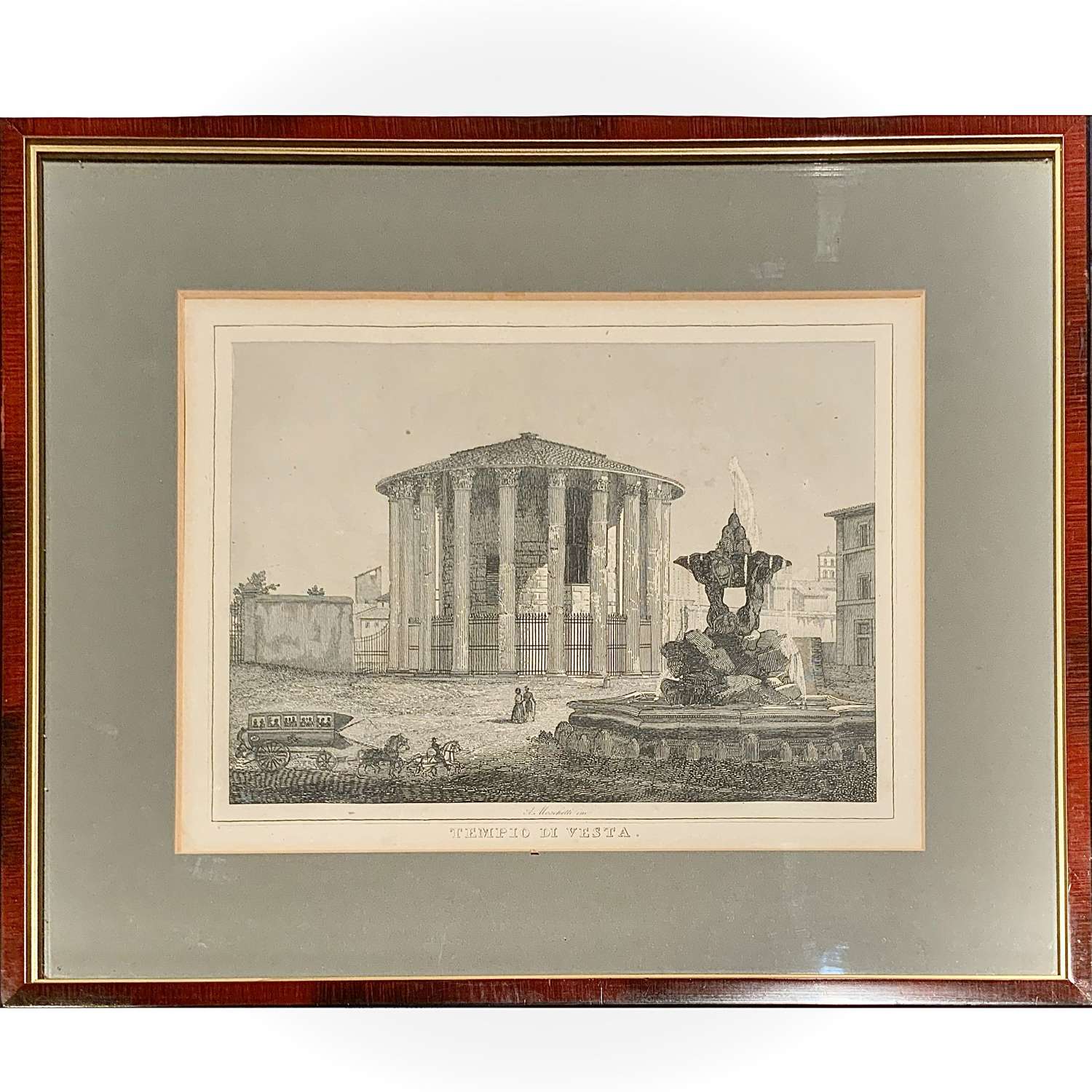 The print is entitled "Tempio di Vesta" which was the old archeological identification of this ancient structure which stands in the Forum Boarium in Rome. By the 12th Century it had been converted into a church known as Santo Stefano alle Carozze and then rededicated to Santa Maria del Sole. It was identified and restored during the 19th Century and is now generally referred to as the "Temple of Hercules Victor". In the foreground is the "Fontana dei Tritoni" (Fountain of Tritons).