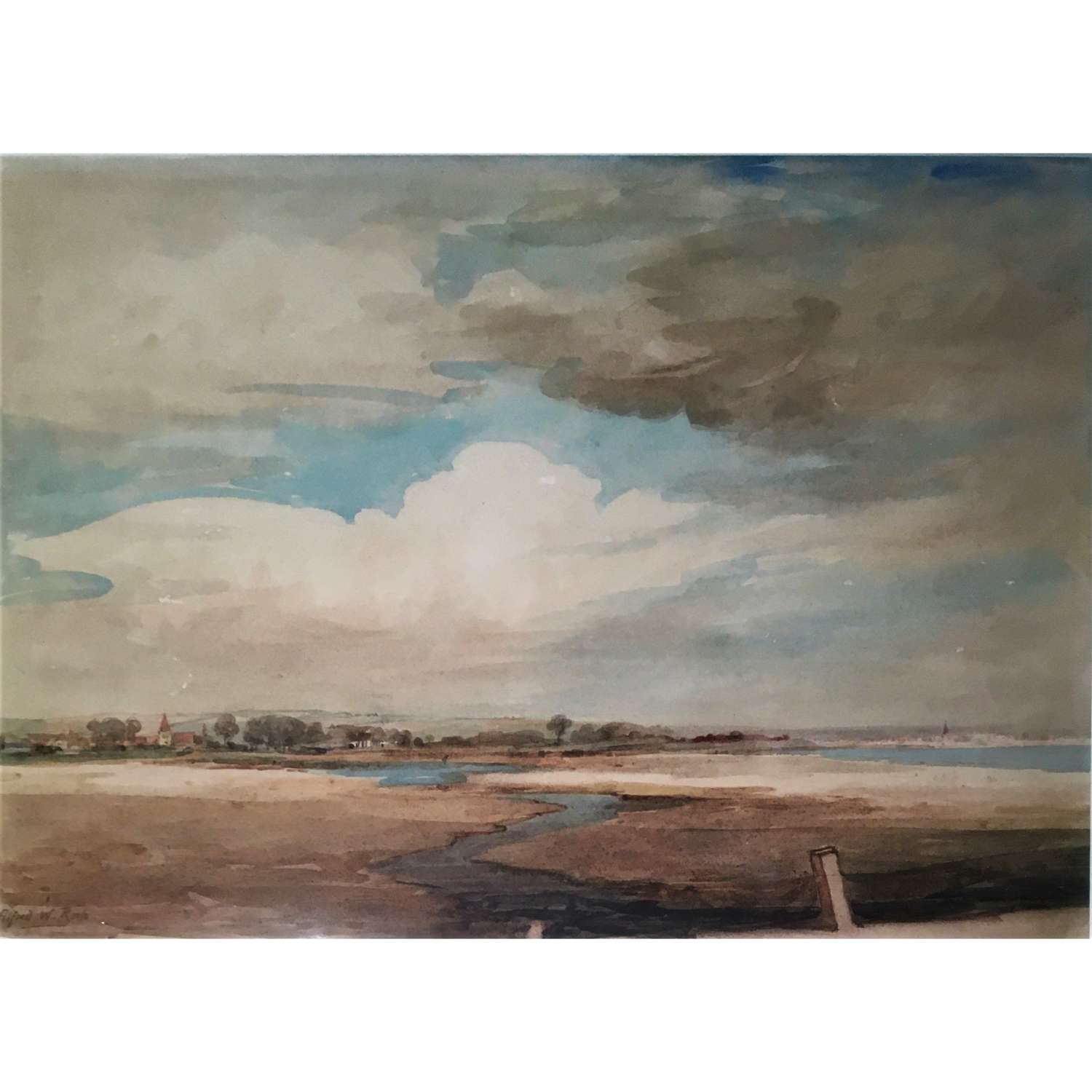 Alfred W Rich painted at least three exhibited pictures of Bosham. As with so many of Rich's works the subject matter belies the "idea" of the picture (which the artist stressed repeatedly as being the most important aspect of art). For Alfred Rich simply to paint a picture as a mere record of a scene was insufficient: for him "Art" had to be "a product of the human mind, which is the highest thing in creation."[1] Ideally, the picture works on two levels: as a design to be visually appreciated and as a concept to stimulate thought.

Although the viewer may appreciate the serenity of the image of an eastuary beneath clouds, along with the tonal values and colours in which it is painted, questioning why a particular scene has been chosen is essential for understanding A.W. Rich's pictures - a little additional information makes the paintings imeasurably more interesting and understandable.

It was from Bosham that Harold set sail in 1064 for his fateful meeting with Duke William of Normandy after delivering prayers in the chuch (the oldest known place of worship in West Sussex). The very opening scene of the Bayeux Tapestry is accompanied by the text: "EDWARD REX. UBI HAROLD DUX ANGLORUM ET SUI MILITES EQUITANT AD BOSHAM ECCLESIA." ("King Edward. Where Harold, Earl of the English, and his retinue ride to Bosham Church.") It is one of the spots which claims to be where King Canute (reigned 1016-1035) commanded the tide to turn and, supposedly, is where one of his young daughters was tragically drowned in a stream at sometime around 1020, a legend which gained a great deal of credibility when, in the middle of the 19th Century, the high-status grave of a young girl dating to around the right period was found within Bosham church. In 1906 (almost contemporaneous to this painting) a memorial to Canute's daughter was unveiled beneath the chancel arch. When the viewer has been furnished with this knowledge, this scene of a rivulet in mudflats on an estuary, a distant church and a still further spire, all below billowing clouds, becomes a poignant reminder of distant time and human history dwarfed by nature.

Rich was born in Sussex and returned time and time again to record the genius loci of what he viewed as his home county. The quotation which John Constable said of his boyhood home in Suffolk could be equally true of Alfred Rich's feelings towards Sussex:

“The sound of water escaping from mill-dams, etc., willows, old rotten planks, slimy posts, and brickwork…those scenes made me a painter and I am grateful.” 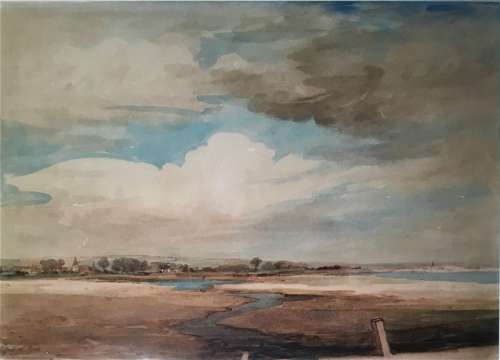