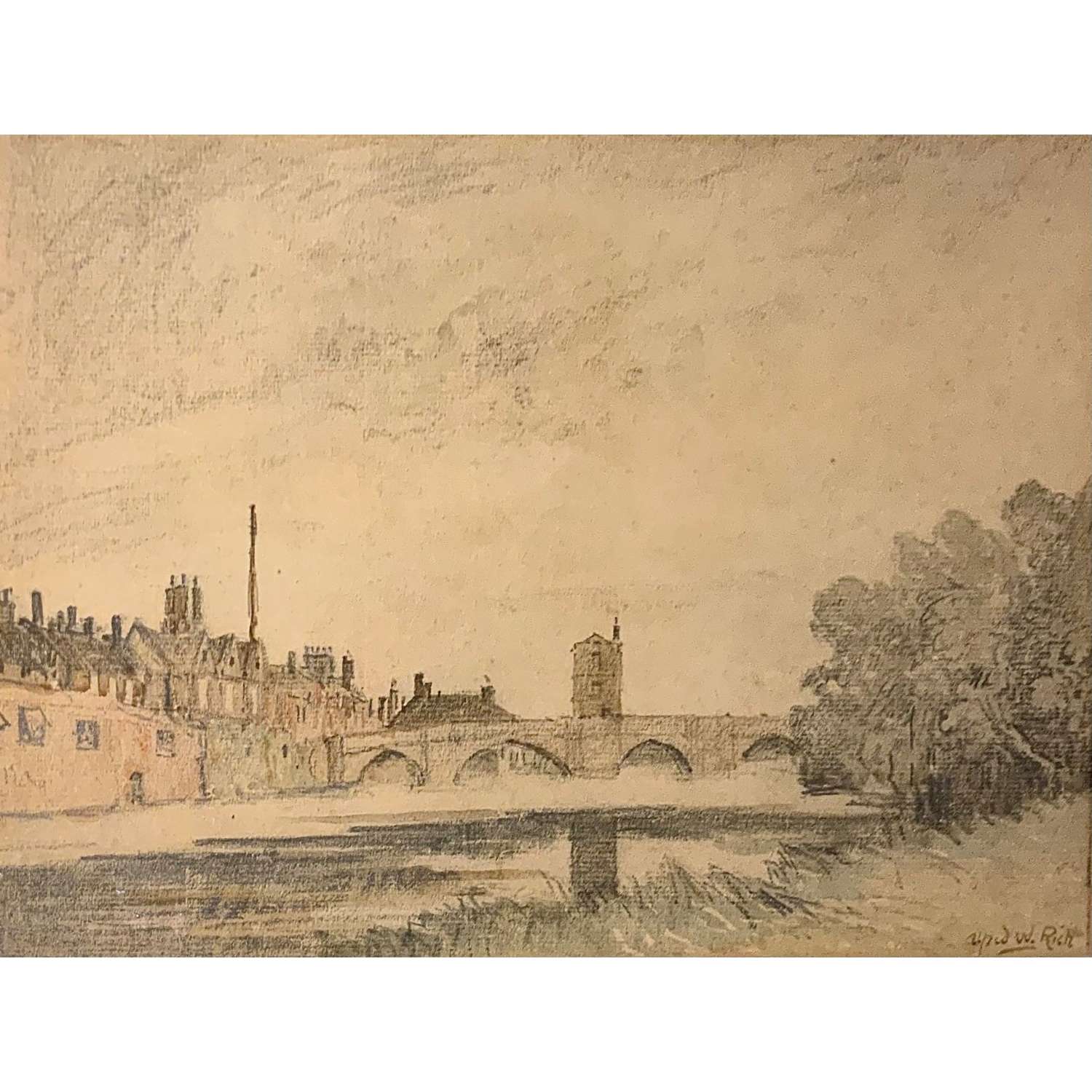 Alfred W Rich exhibited various "Huntingdonshire" pictures at the New English Art Club between 1914 and 1920. The Medieval bridge at St Ives is unusual for having a 15th Century chapel in the middle and is one of only four such bridges in England. The top storeys depicted here were later additions and were in a precarious state by the early 20th-Century. They were ultimately removed and the tower returned to its original ancient height in the 1930's. It may be that the impending threat of change to the structure was the impetus for A.W. Rich recording the scene. On stylistic grounds, with the artist's choice of a particularly sombre palette and obvious symbolism of a bridge crossing water, it is likely that this work dates to the war years. It is also quite possible that Rich knew the local Huntingdonshire artist William Fraser Garden (1856-1921), his exact contemporary, who had painted this view on a number of occasions.

The picture here is largely in graphite with touches of watercolour wash, it may be the original artwork upon which the artist based other paintings. An almost identical view is held by the Victoria & Albert Museum in London[1]. Another view is in the collection of Winchester College[2] and further similar picture was with the Fine Art Society and subsequently in the collection of Stanhope Shelton (1908-1983).[3]

This work will appear in the catalogue raisonné on the artist which is currently in production. 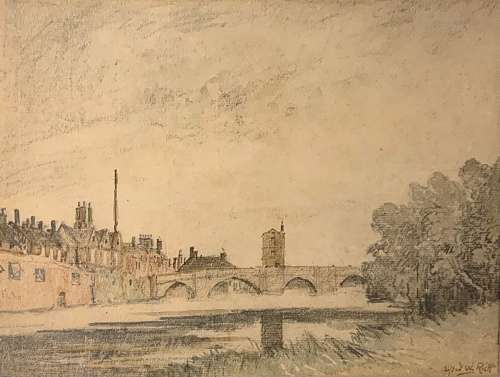