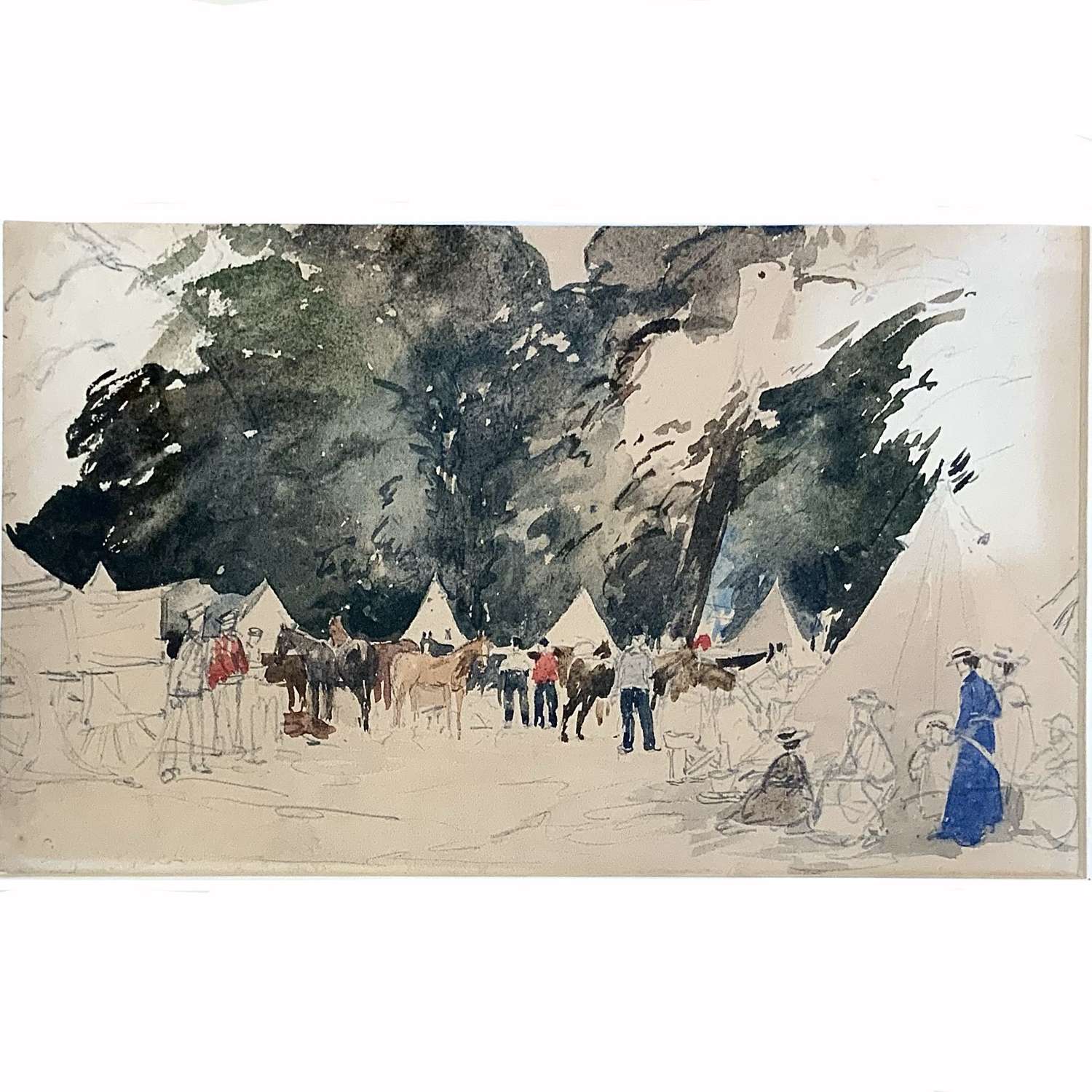 Provenance:-
By repute from a pupil of the artist.

Rich’s painting shows a picnic in around 1905 and is probably a depiction of the annual Slade School "Strawberry Picnic" which was a feature of the summer term at this avant-guard art school in the late 19th-early 20th Century.

It is interesting to note that, while the Slade was the first school of art to admit male and female students on equal terms, there is still an certain awkwardness between the groups of men and women depicted. It is also a fascinating to see the lengths to which people went for entertainment at the beginning of the 20th Century: six or so bell tents have been erected and everything has been brought to the site by horse-drawn transport.

This work will be included in the forthcoming catalogue raisonné of the works of Alfred William Rich, currently in production. 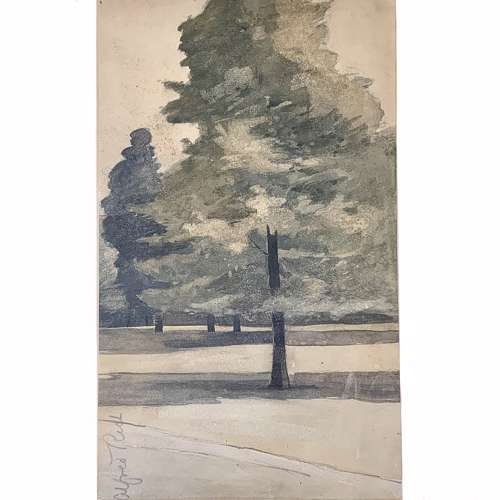