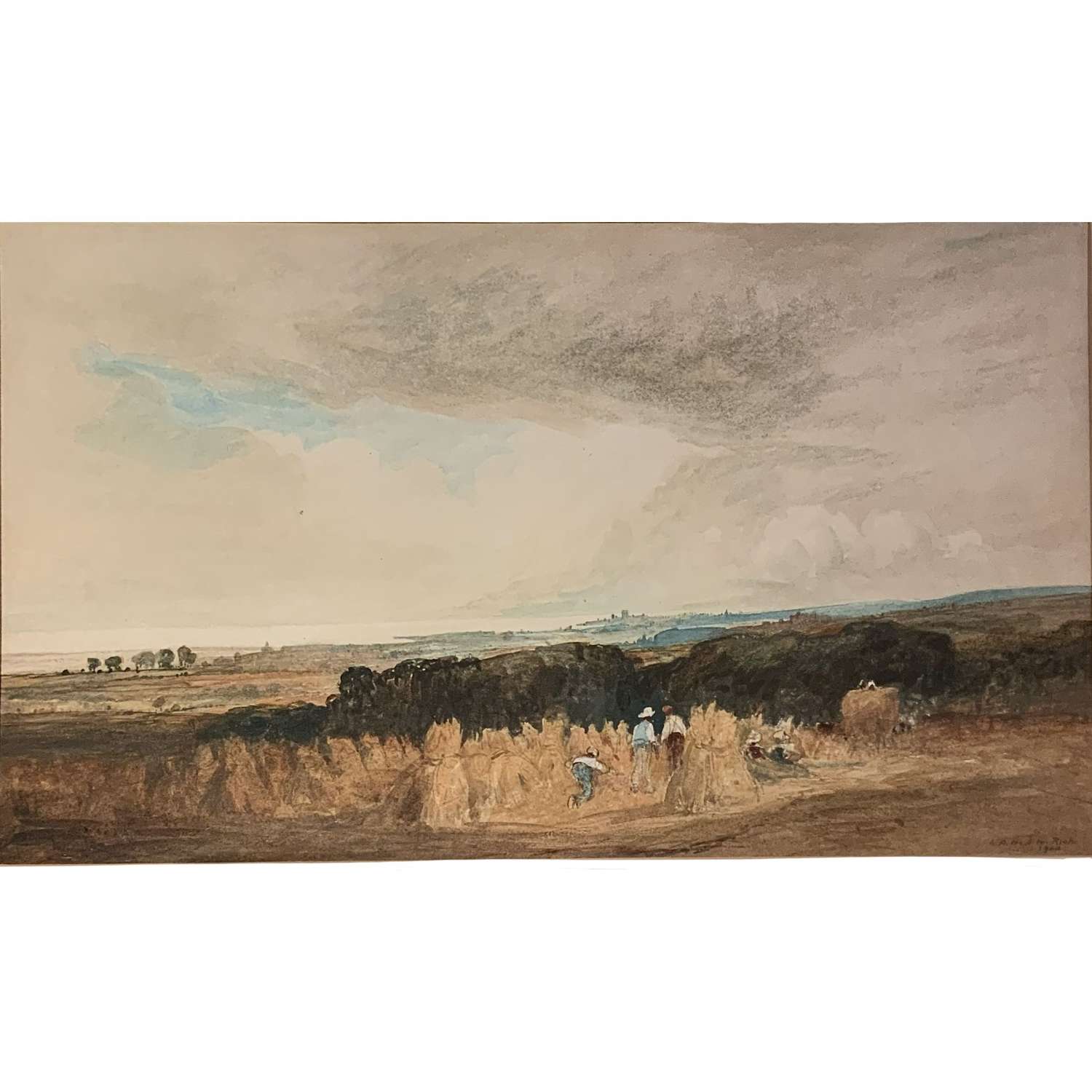 This work depicts the harvest being gathered above Shoreham-by-Sea in West Sussex. The viewpoint is probably Mill Hill, between Shoreham and Upper Beeding, which still offers a similar prospect of the sea and the downs (albeit with a more built-up coastline). Harvesting has a long tradition in European painting with the subject being handled from the Northern Renaissance by artists such as Bruegel to through to Romantic movement landscapes by Constable. The compsition is relatively unusual in Rich's œuvre for the number of figures which are included. Alfred W. Rich stopped consistently dating works in around 1905 but this period of Rich's output shows his particular admiration for the work of the early masters of English watercolour, especially the paintings of Peter de Wint (1784-1849).

Haymaking was a subject often depicted by de Wint and Rich's painting here is certainly a homage to the earlier master’s pictures and to the tonal values which they had gained with the passage of time. Although Alfred W. Rich never met de Wint he certainly encountered and corresponded with the artist's granddaughter Miss Harriet Helen Tatlock (d.1922) expressing his particular admiration for her grandfather's work, he wrote that "No artist ever came nearer painting a perfect picture than did Peter de Wint." He was granted access to Miss Tatlock's private collection of pictures and included her in his vote of thanks "To My Friends & Helpers" at the beginning of his book "Water Colour Painting" [1918].

This work will be included in the forthcoming Alfred William Rich catalogue raisonné currently in production.