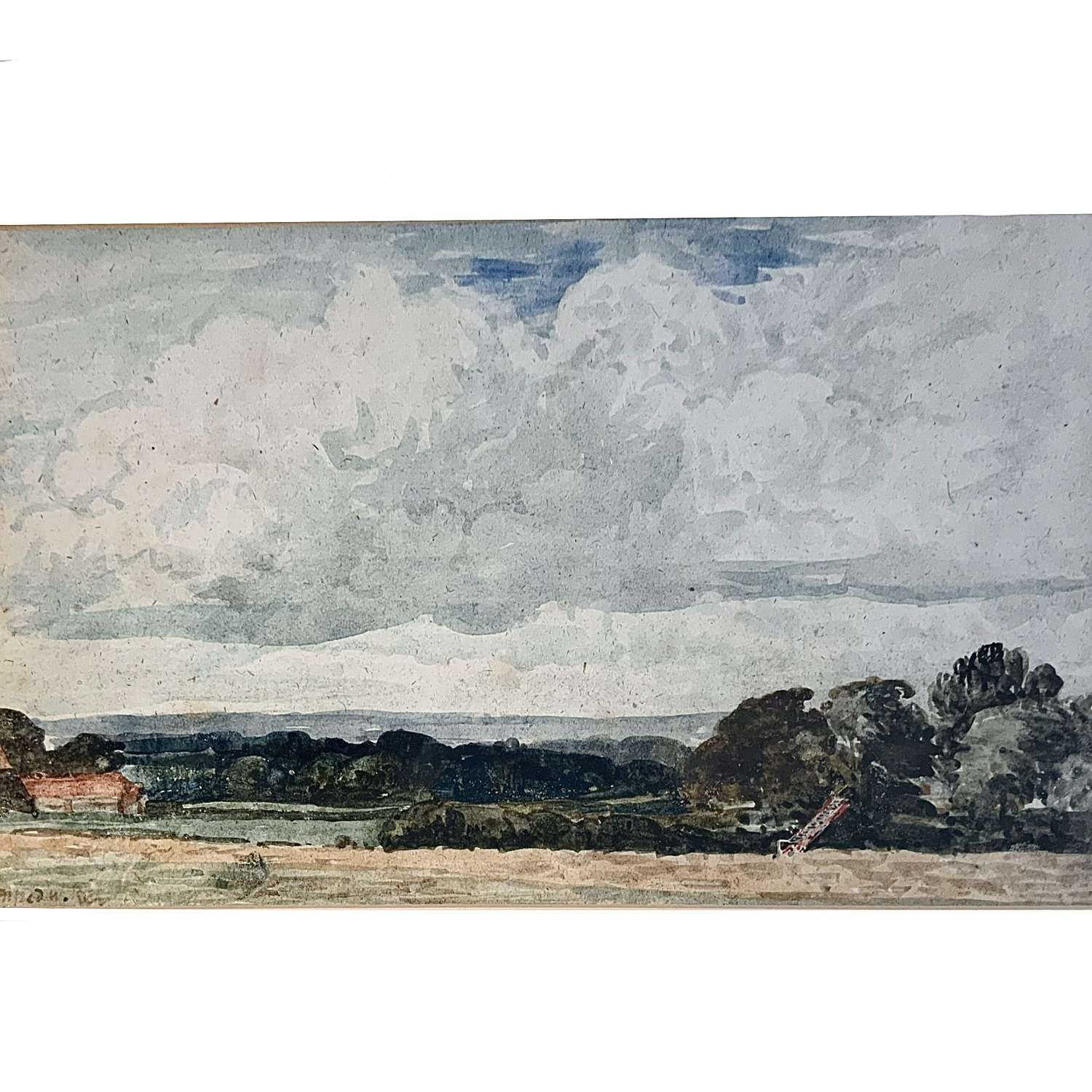 Exhibited
Possibly the work exhibited by Rich as "The Harvest Field", No. 216 at The New English Art Club, Winter Exhibition, 1916

Although Rich did not travel to France as a war artist during WWI, as did his much younger friend Sir William Orpen (1878-1931) and his exact contemporaries Sir John Lavery (1856-1941) and John Singer Sargent (1856–1925), his works painted during this period can sometimes be no less poignant. In many respects Rich's pictures anticipate the "Recording Britain" scheme established some 25 years later during WWII and there is often a somber subtext to seemingly bucolic scenes.

Rich consistently stressed that the most important aspect of a painting was its "idea". The picture here is almost certainly painted in one of the Sussex villages around Hurstpierpoint and Ditchling in West Sussex, but could be representative of a landscape scene in any rural community in England at the time. Through his own direct experience and his extended family connections, Rich, who had been born on a farm between between Scaynes Hill and Lindfield in Sussex, knew how precarious rural life and the agricultural economy could be. The First World War placed tremendous strains on Britain’s farming communities: it is estimated that between 1914 and 1918 around 250,000 men left agriculture for military service (over 30 per cent of the workforce), many never returned.  On 1 July 1916, just weeks before the harvest began in England and this picture was probably painted, the first day of the Battle of the Somme took place. That day the British Army suffered 57,470 casualties (19,240 of whom were killed). Although news reports indicated all was going well, casualty lists suggested that there were great losses. In the light of this, the "hay elevator" standing alone in the field with the harvest unfinished and the crops lying rough-strewn, cut-down on the ground around it, can be seen as a terrible symbol of recent events.

It adds great pathos to the image when it is read alongside the first lines of "Haymaking", written by the poet Edward Thomas from his memories of the harvest in England whilst he was serving in France:

After night’s thunder far away had rolled
The fiery day had a kernel sweet of cold,
And in the perfect blue the clouds uncurled,
Like the first gods before they made the world
And misery, swimming the stormless sea
In beauty and in divine gaiety.

A work painted in Rich's confident late style. The composition bears a striking resemblance to John Constable's "A Summerland", from his series of images published as "English Landscape Scenery" [1831], though with the horse-drawn plough team replaced by a modern "hay elevator". The picture is painted on a rough "David Cox" heavy oatmeal wove paper, which had become the artist's preferred medium for particularly atmospheric subjects. 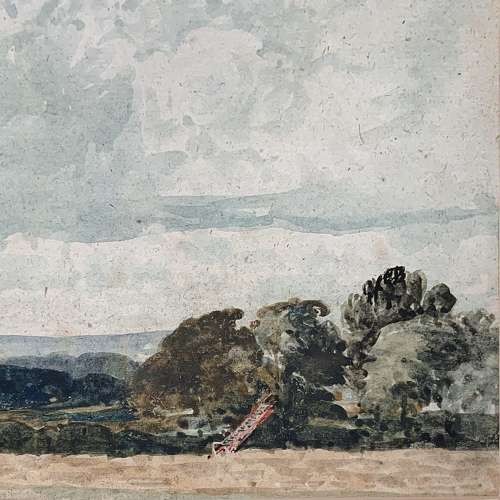 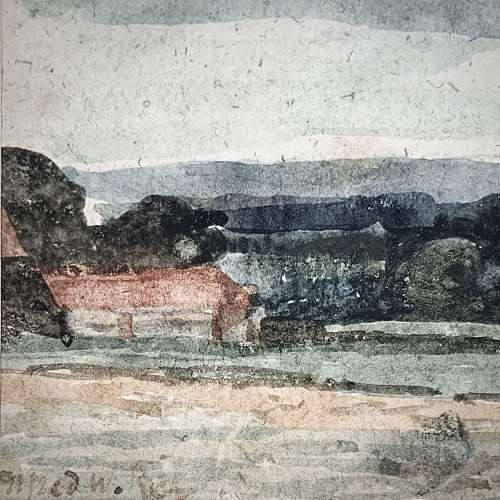