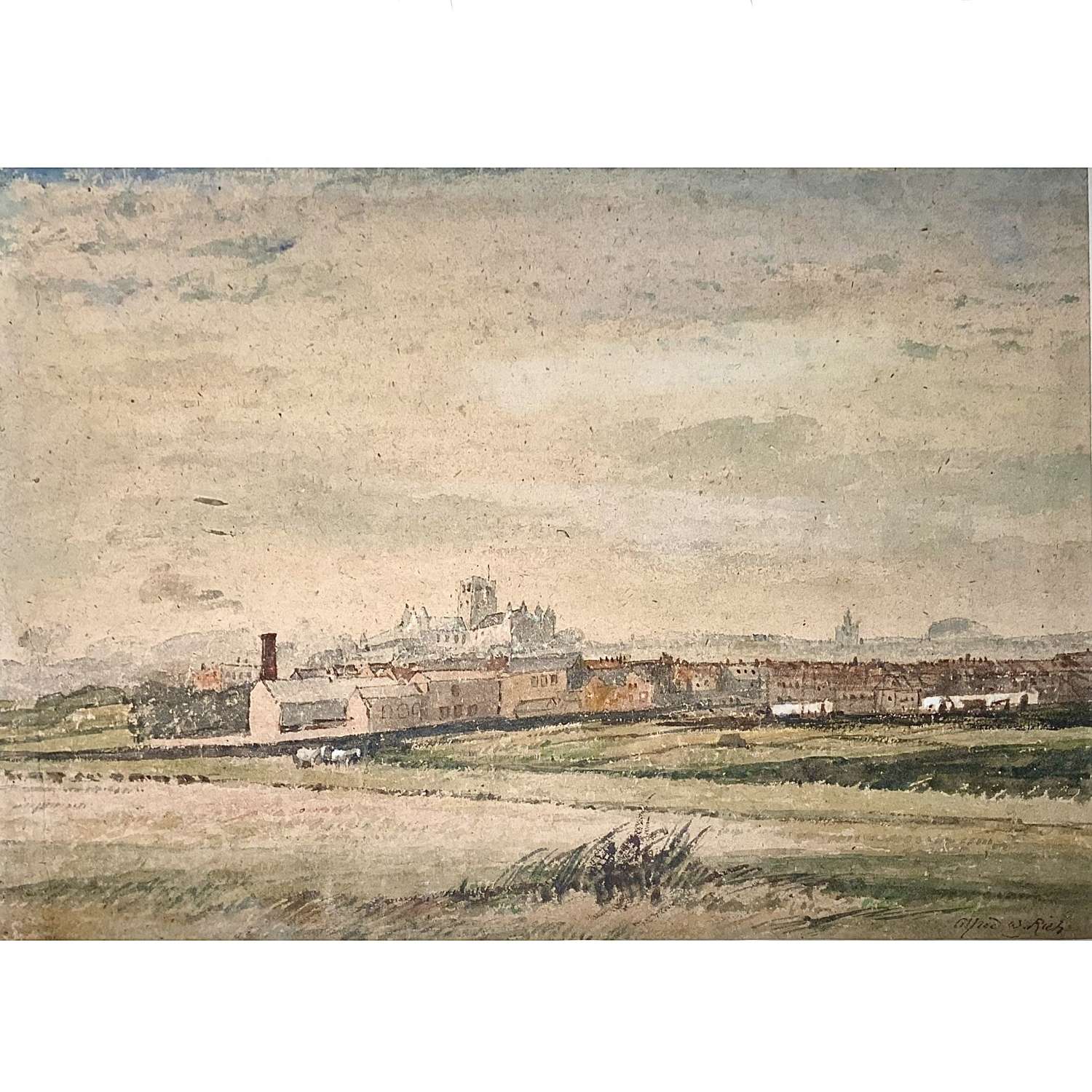 Literature:-
This work will be included in the forthcoming catalogue raisonné of the work of Alfred William Rich currently in production.

A work typical of Rich's late style. The artist moved to St Albans in around 1915 and exhibited various works with titles referring to this location from then until his death. The view has not been pinpointed but is possibly a scene  looking from the southeast with the chimney of the Cotton Mill (now demolished) on the left. This aspect of St Albans is much altered and views of the Abbey have been all but obscured, however, there are echoes here of a watercolour of St Albans Abbey by Peter De Wint which was with Agnew's in 1912 and, therefore, may have recently been seen by Rich.[1]

The picture is painted on a rough "David Cox" heavy oatmeal wove paper, which had become the artist's preferred medium for particularly atmospheric subjects. It is unusual for having touches of white bodycolour highlighting (to the horses in the field, buildings on the right and in the sky) which the artist very rarely used. It seems that the buff oatmeal paper required him to elevate some of the tones in this particular image.

A pencil drawing identical to this scene [Fig.2] identified as "Townscape With Cottages And Large Church On The Horizon" is held by Aberdeen Art Gallery and Museums Collections [ABDAG008440]. This formed part of a bequest made to them by the artist's wife after his death. The drawing is annotated with various colour notes which when seen together with the present painting give a fascinating insight into the artist's working practice. It is often assumed that Rich always painted en plein air but it appears that he sometimes made large drawings in situ with various notes on them, which could then used as the basis of paintings back in his studio.

Another view of St Albans by the artist is held by the Victoria & Albert Museum [see P.15-1935] and was illustrated as No.16 in Sir Charles Holme's "British Water-colour Painting of To-day", London, The Studio, 1921

*If this is No.234 from the NEAC Winter 1916 exhibition, then it was singled out for praise with others of Rich's paintings in "The British Architect" (1917, Volume 86, Issue 19, Page 11) "Near St. Albans  ( 234 )" as being "surely evolved on the secure lines of good tradition, and hint at no break into new untrodden paths which might yield a savage if temporary joy". 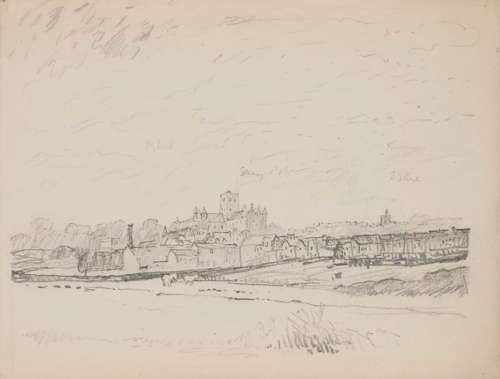