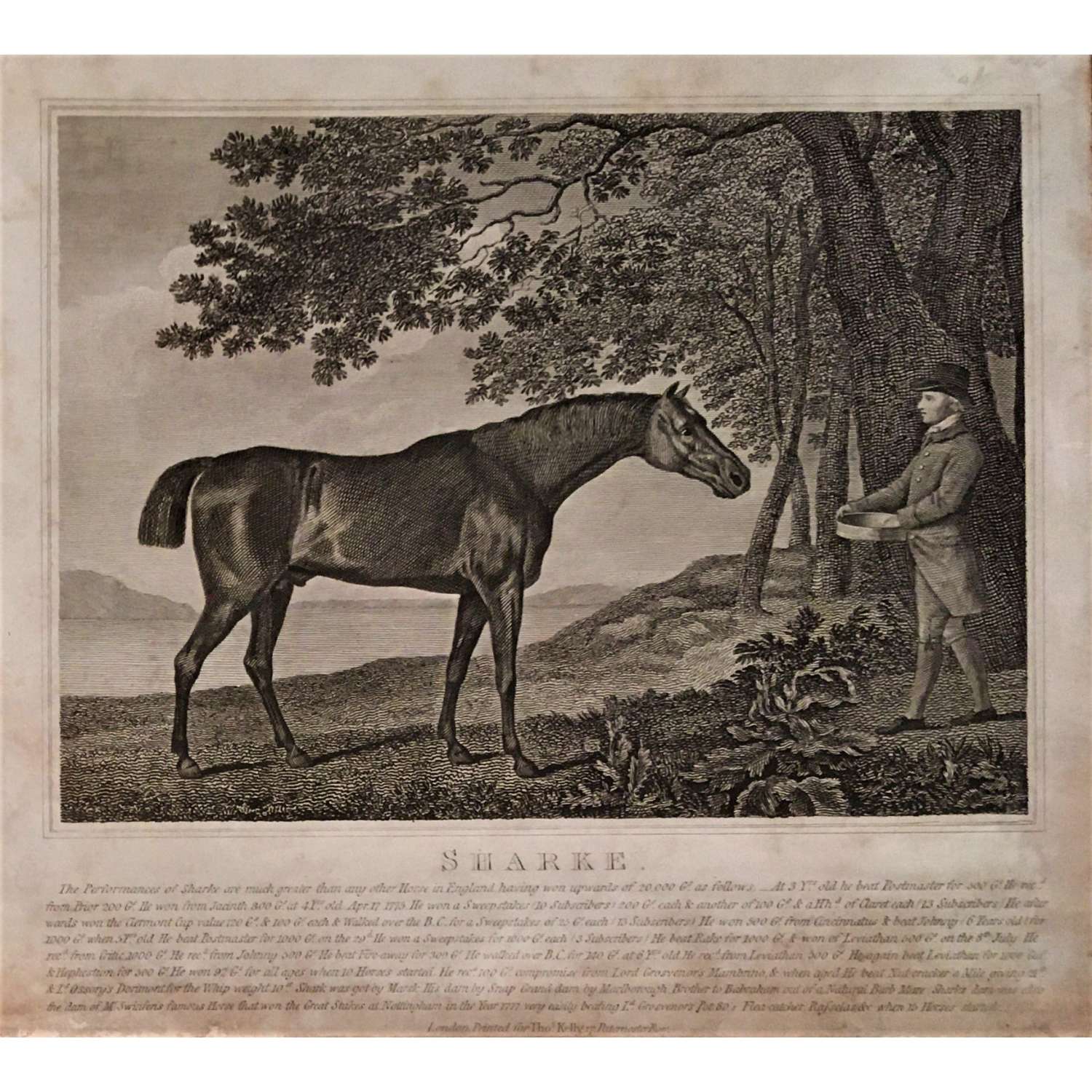 An antique print of the famous 18th Century Racehorse “Sharke"

Lettered beneath the image with the title "SHARKE" and publication details, "London, Printed for Thos. Kelly 17 Paternoster Row". With extensive details of the horse's racing history and pedigree. Sharke is depicted in a landscape with his trainer bringing a bowl of feed.

The original portrait of "Sharke" was commissioned from George Stubbs, A.R.A. (1724–1806) by the horse's owner Robert Pigott (1736-94) of Chesterton Hall, in Huntingdonshire and is now in the Paul Mellon Collection. The portrait was originally engraved by Stubbs’ son, George Townly Stubbs (1756-1815) and issued as one of the forteen prints in the "Turf Gallery" (issued three times between 1794 and 1817). The unusual print here is a reduced version with additional text.

After a successful racing career, during which the horse earned its owner upwards of 20,000 Guineas, "Sharke" was retired to stud in 1779. In 1786 he was sold at Tattersalls and exported to General Spottiswood's Stud in Fredericksburg, Virginia where he "did as much to enhance the value of the bloodstock of the United States as any horse ever imported" ("American Turf Register" [1830], vol. V, p.173). Speaking of the horse the sporting magazine commented " A most beautiful as well as a very famous horse; he won five single matches for one thousand guineas each, and upwards of twenty thousand guineas in stakes".

Trimmed to the platemark and laid on thick card. 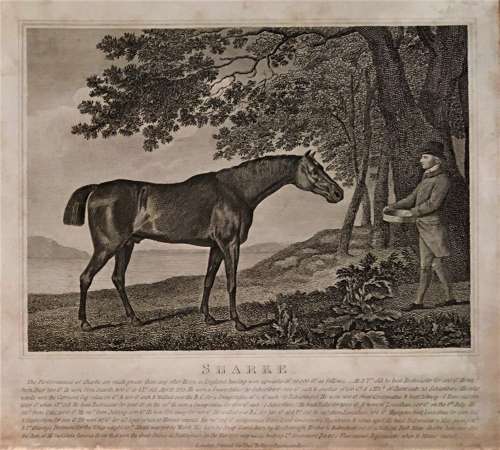