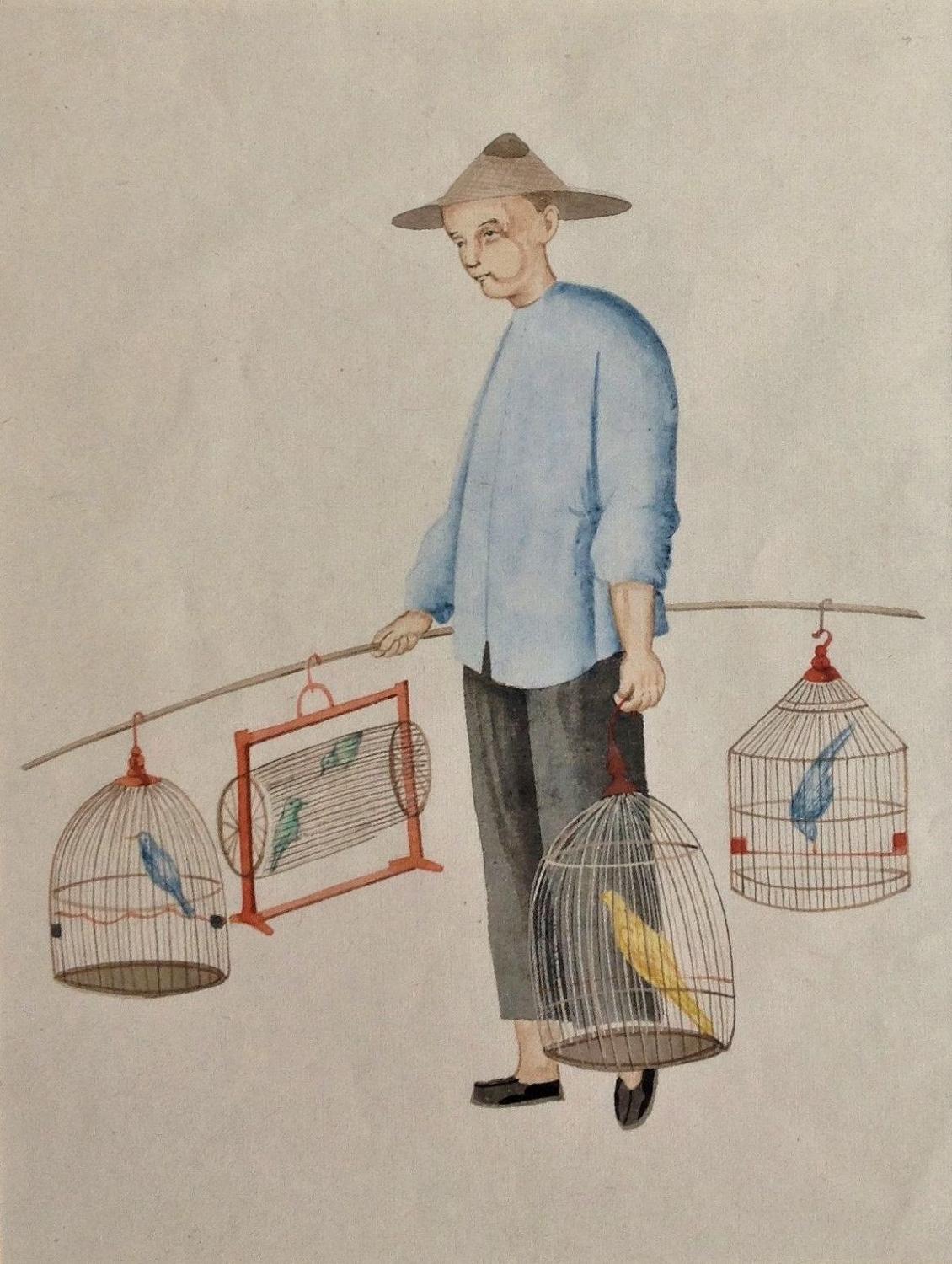 This 19th Century watercolour was proably painted for the Western market to remind a visitor to China about one of the many sights which was unique to the orient. There were various studios in Canton which produced such watercolours for export. These images were popularized by George Henry Mason’s The Costume of China (correct drawings of the Chinese in their respective habits and occupations, the itinerant mechanics and handicraftsmen in particular), published in 1799 and engraved after a series of formulaic watercolours, such as this one, which were attributed to the Chinese artist Pu Qua.

The keeping of caged songbirds has been a Chinese tradition since at least the Qing Dynasty and was particularly fashionable during the reign of Emperor Qianlong 乾隆帝 (1711–1799). Then, as now, the most popular songbirds to keep were mynahs, thrushes, larks and huamei with prices dependent on plumage and singing ability.

During the Qing Dynasty birds were kept in ornate handmade cages (generally made of bamboo but sometimes of more precious materials, such as lacquer, tortoiseshell and ivory) with a hanger built into the top.  In the past the accessories required for keeping birds (such as feeders, holders for seeds, water pots, perches and swings) were beautifully crafted from the finest materials1. These items are now often confused with scholars' desk accessories. Bird cages are still found in domestic Chinese settings and at the threshold of shops to welcome passers-by. It has long been traditional and is still a familiar sight in China to see caged birds being taken for a walk to try and keep them fit, active and interested which is believed to maintain and improve their ability to sing. Caged birds are often walked together, giving both the birds and their owners a chance to socialize. 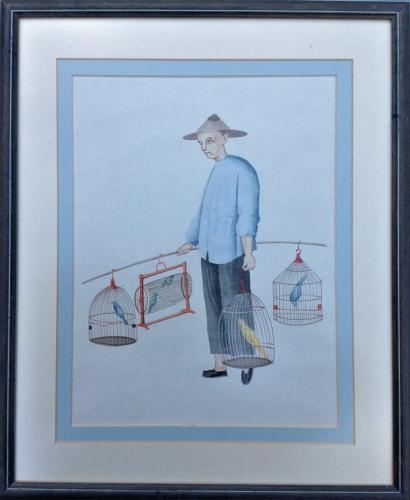