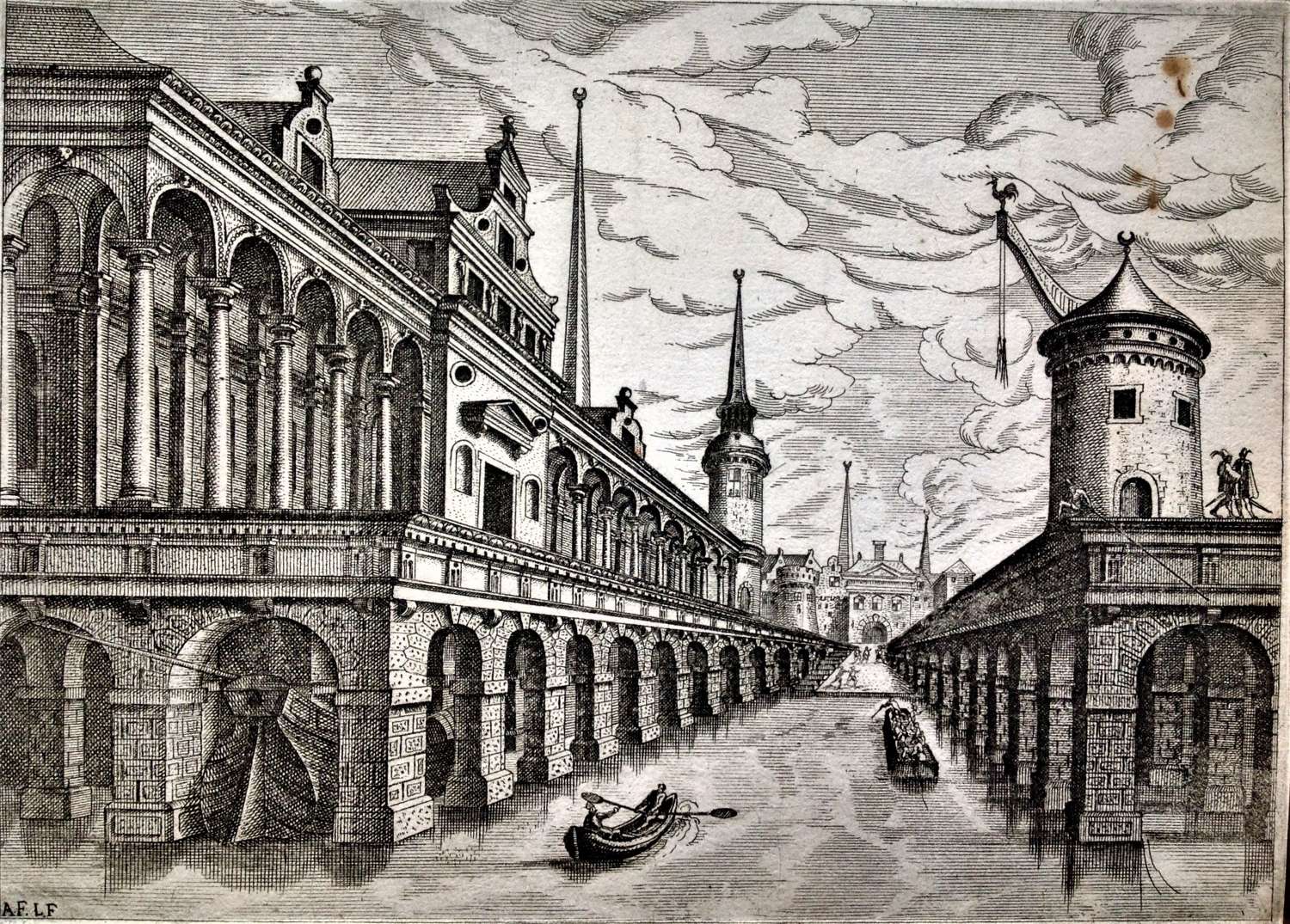 Lucini was born in Florence and studied etching, alongside Stefano della Bella (1610-1664), with the French printmaker Jacques Callott (1592-1635) who lived in Florence between 1612-1621. Less is known about Lucini than his fellow pupil, but he is first recorded as Callot's assistant in Florence in 1616. At Callot's request Lucini followed him to Nancy in 1621 and contiued to act as his assistant. In due course he returned to Italy and in 1631 reworked and republished the plates originally produced by Matteo Pérez D'Aleccio (1547- after 1628) relating to the Great Siege of Malta. He is best known, however, for the etchings he produced for Sir Robert Dudley's celectated maritime encycopaedia "Dell'Arcano del Mare" ("Of the Mysteries of the Sea") which was published in Florence in 1645-46. The 200 engraved plates and 146 charts which Lucini produced for Dudley had apparently engaged him for around 12 years in a remote village in Tuscany. This go some way to explaining the small output of his other work.

This particular engraving of a channel with a crane and a colonnade is a copy in reverse of an engraving dating to around 1601 by Johannes and Lucas van Doetechum after Hans Vredeman de Vries (see Rijksmuseum RP-P-1964-1629).