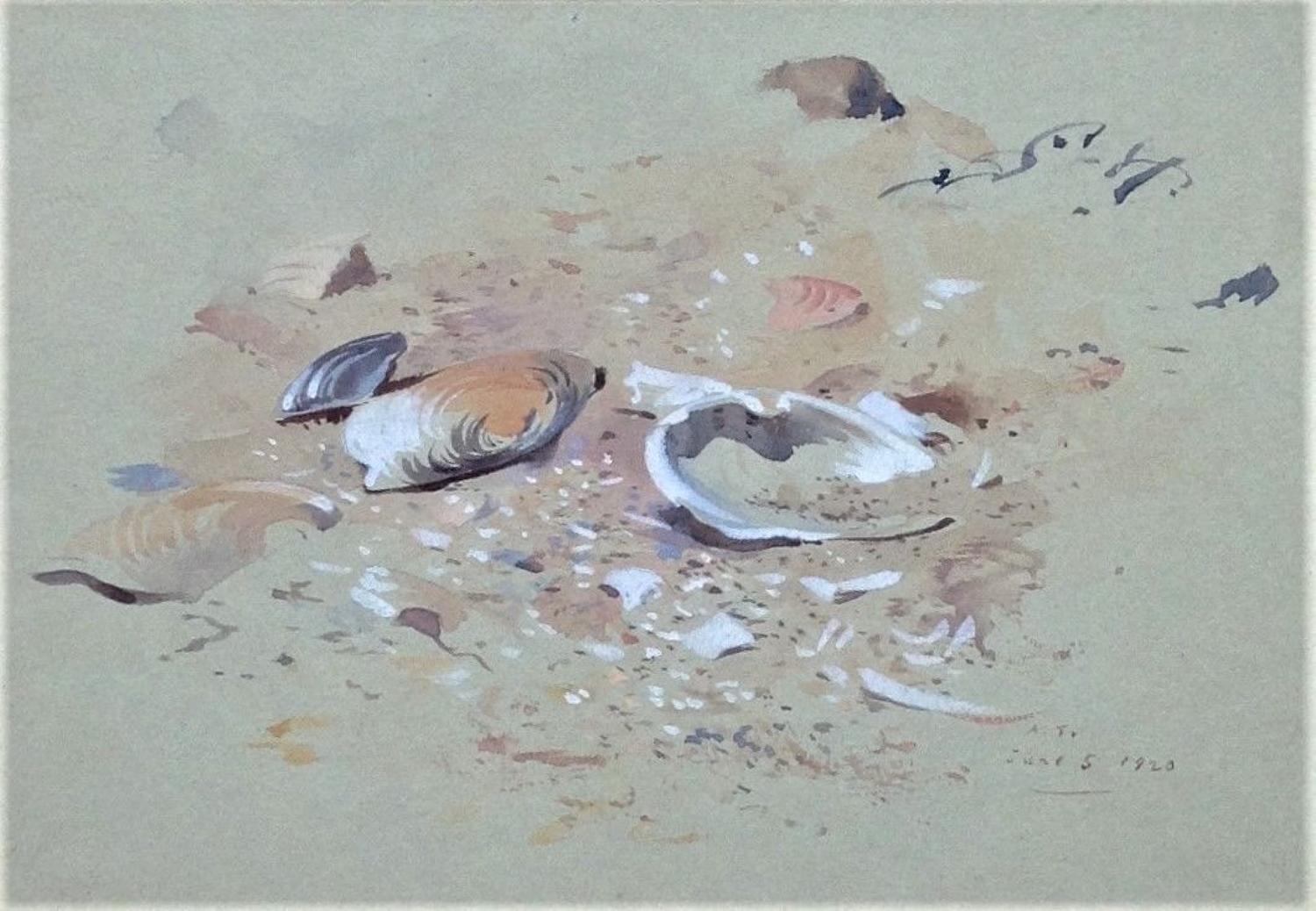 A delightful and finely observed study by Thorburn, almost certainly painted en plein air, from nature, to be used as a detail in working-up other pictures back in the studio. The scattered shells, which are very accurately depicted, are those of the black clam or ocean quahog (Arctica islandica (Linnaeus 1767)), a species which shows exceptional longevity and is naive to the North Atlantic. They are often found scattered on British beaches.

Works such as Thorburn's "Oystercatchers , Terns and Ringed Plovers"1 and "Ringed Plovers and Terns"2 both have an almost identically arranged group of shells in the foreground which was probably sourced from the image here.