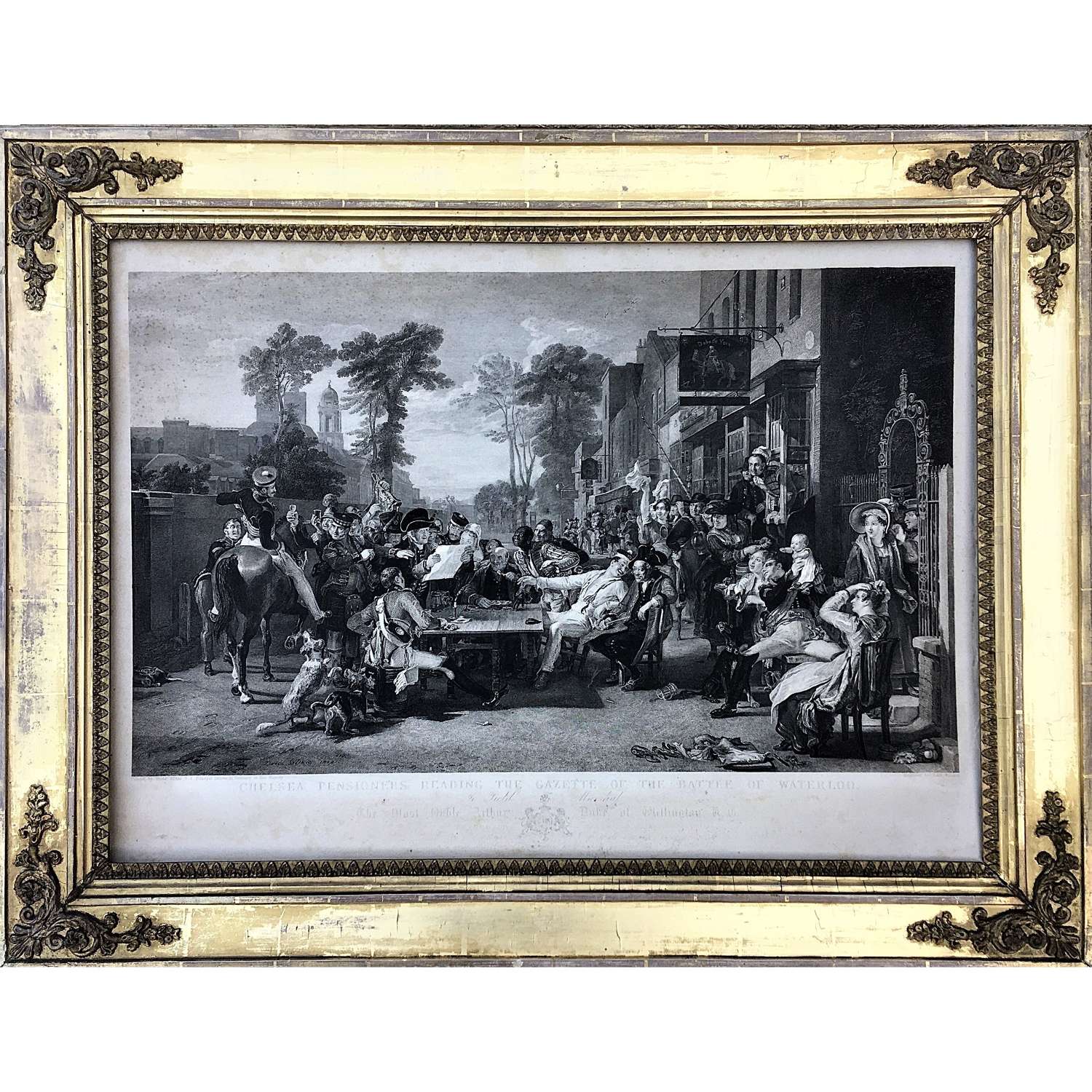 Chelsea Pensioners reading the Gazette of the Battle of Waterloo

Lettered beneath the image "Painted by David Wilkie. R.A. Principal Painter in Ordinary to His Majesty. Engraved by John Burnet. / CHELSEA PENSIONERS READING THE GAZETTE OF THE BATTLE OF WATERLOO. / To Field Marshal / The Most Noble Arthur Duke of Wellington. K.G. / PRINCE OF WATERLOO &c. &c. / This print commemorative of that decisive Victory / Is with the highest admiration and respect dedicated by The Proprietors / London, Published Sept.r 10. 1831, by Moon, Boys & Graves, Printsellers to the King, 6, Pall Mall." Facsimile signature within the image lower left "David Wilkie 1822".

Wilkie's original image was exhibited at the Royal Academy in 1822 and became the first work of art shown there which needed to be placed behind a rail to ensure it was not damaged by the thronging crowd before it. The work was acquired by the Duke of Wellington for 1,200 guineas and Wilkie was paid a further 1,200 guineas by the publishers Graves & Co for the right to reproduce the painting as a print. This celebrated engraving by John Burnet was the result. 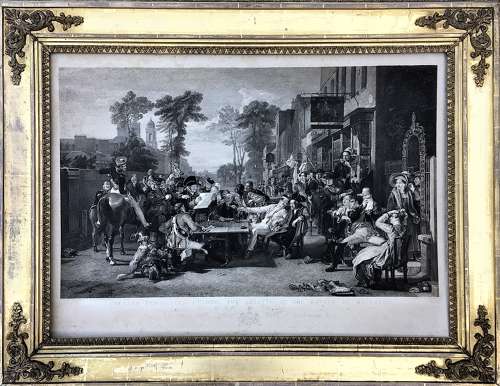