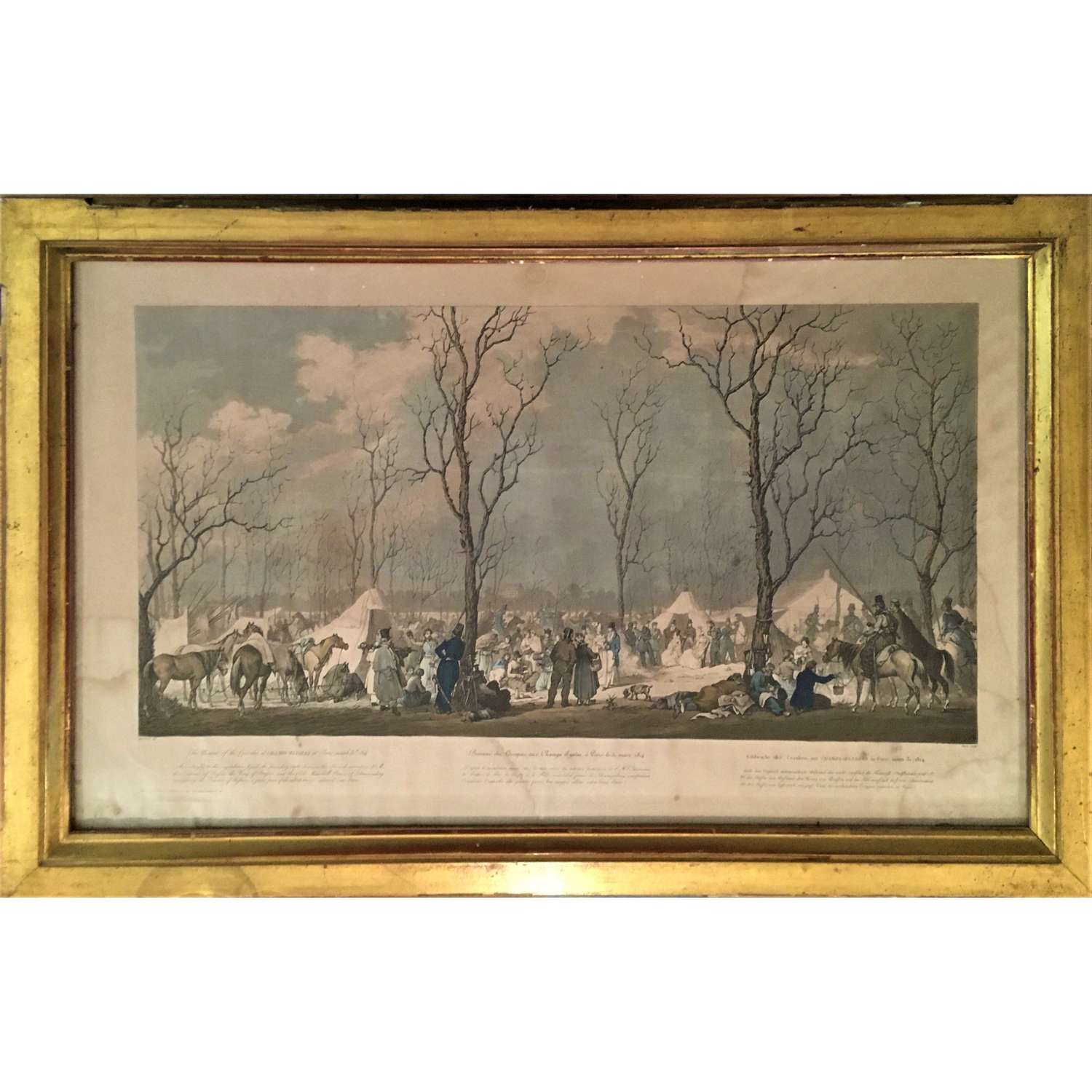 Cossacks on the Champs-Elysées, Paris 31 March 1814

Lettered beneath the image with the title and explanatory text in English, French and German "The Bivouac of the Cossaks, at Champs-Elysées at Paris, march 31th 1814"; "Bivouac des Cosaques, aux Champs élysées à Paris, le 31 mars 1814"; "Feldwache der Cosaken am Champs-Elysées in Paris, marz 31 1814" "Accordingly to the capitulation signed, the preceding night between the French authorities, H.M. The Emperor of Russia, the King of Prussia, and the Field-Marshall Prince of Schwarzenberg representing the Emperor of Austria a great part of the allied troops entered into Paris." etc. etc. and with production and publication lines beneath the image: "Sauerweid del.", "Jazet sculp." and "A Paris, chez Nepveu, Libraire passage des Panoramas, No. 26"

On 31st March 1814 Tsar Alexander I of Russia was presented with the keys to the city of Paris by Talleyrand. The Tsar entered the city with the allied forces, heralding the defeat of Naploleon who was exciled to Elba a few weeks later. The famed and fearsome cossack horsemen formed an intriguing sight on the Champs-Elysées. They were viewed with similar curiosity in London when they visited there for the Peace Celebrations of June 1814. 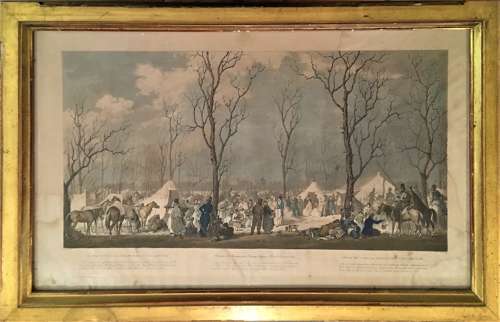