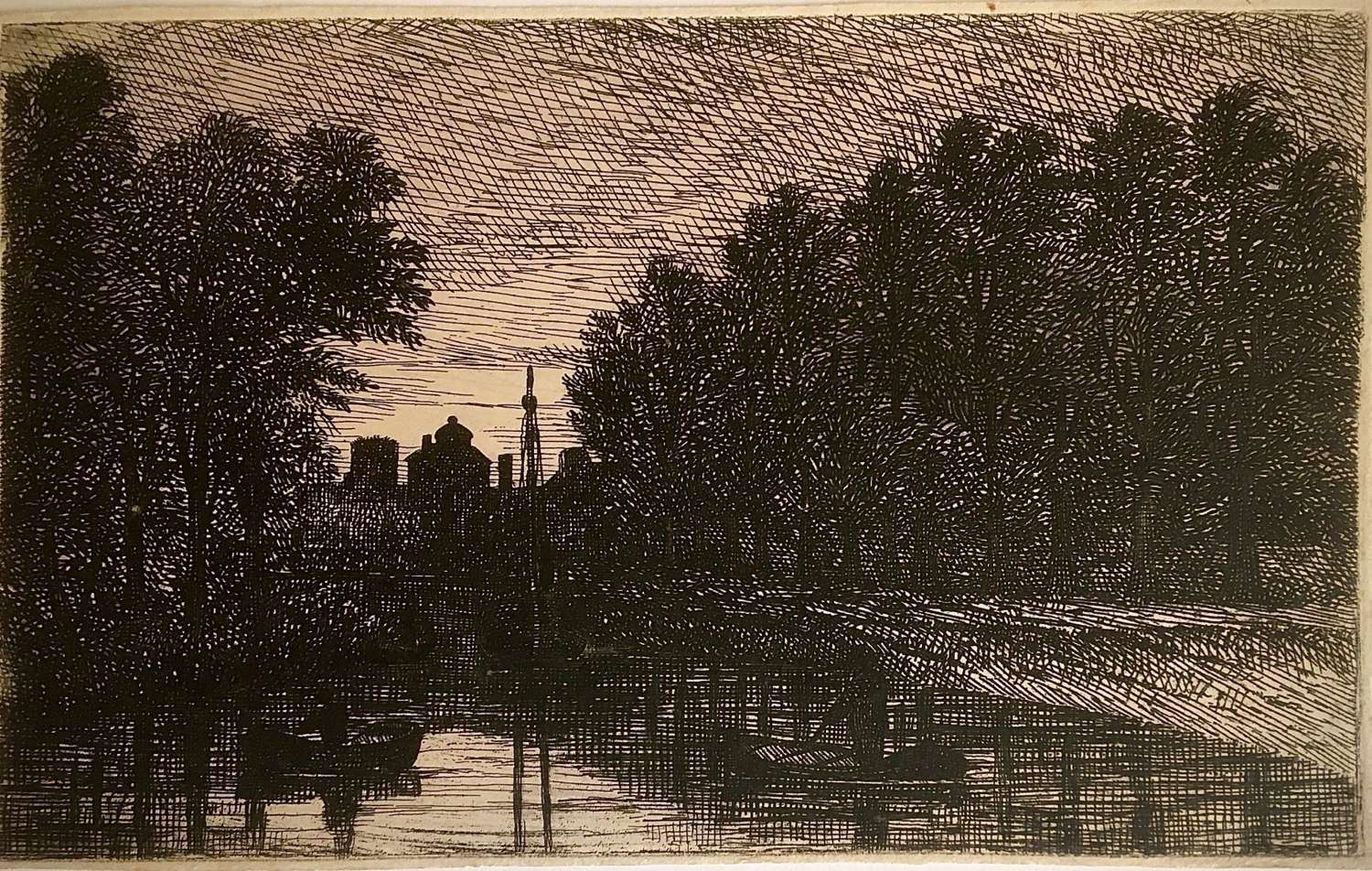 A very fine, welll inked impression in fine condition. On creamish-white laid paper, trimmed to outside the platemark.

Read was an especially gifted printmaker who should be better known for his part in the British Etching Revival of the 19th Century (particularly with regards to his use of drypoint). In the late 1820's an impression of this print found its way to Weimar and into the hands of Johann Wolfgang von Göethe (1749–1832). Possibly Read himself had sent a copy but, in any event, Göethe, as an arbiter of Romantic taste, wrote to Read (or Reid as the German author spelled the artist's name) in praise of the print. The letter, written from Weimar on 18 October 1929, was ultimatey published in The Athenaeum in 1831 as follows:

"At a period when the English 'Forget-Me-Not,' and other annuals make us aquiainted with the microscopic skill of the copper-plates of that country, it was an appearance in the highest degree agreeable to me, to see a collection of plates from an artist so well aquainted with delicate keeping, and who knows to feel with Rembrandt the reflection even of an already far-departed light, and with Ruisdael the cheerful and prosperously-growing fruits of the field so nicely ranged in sheaves."1

This particular image here has always been identified as the image to which Göethe was referring when describing "the reflection even of an already far-departed light", hence, gaining its title.

The version here is an exceptionally fine and well-inked impression of the image viewed as one of Read's masterpieces. Trimmed to just outside the platemark as presented by the artist.