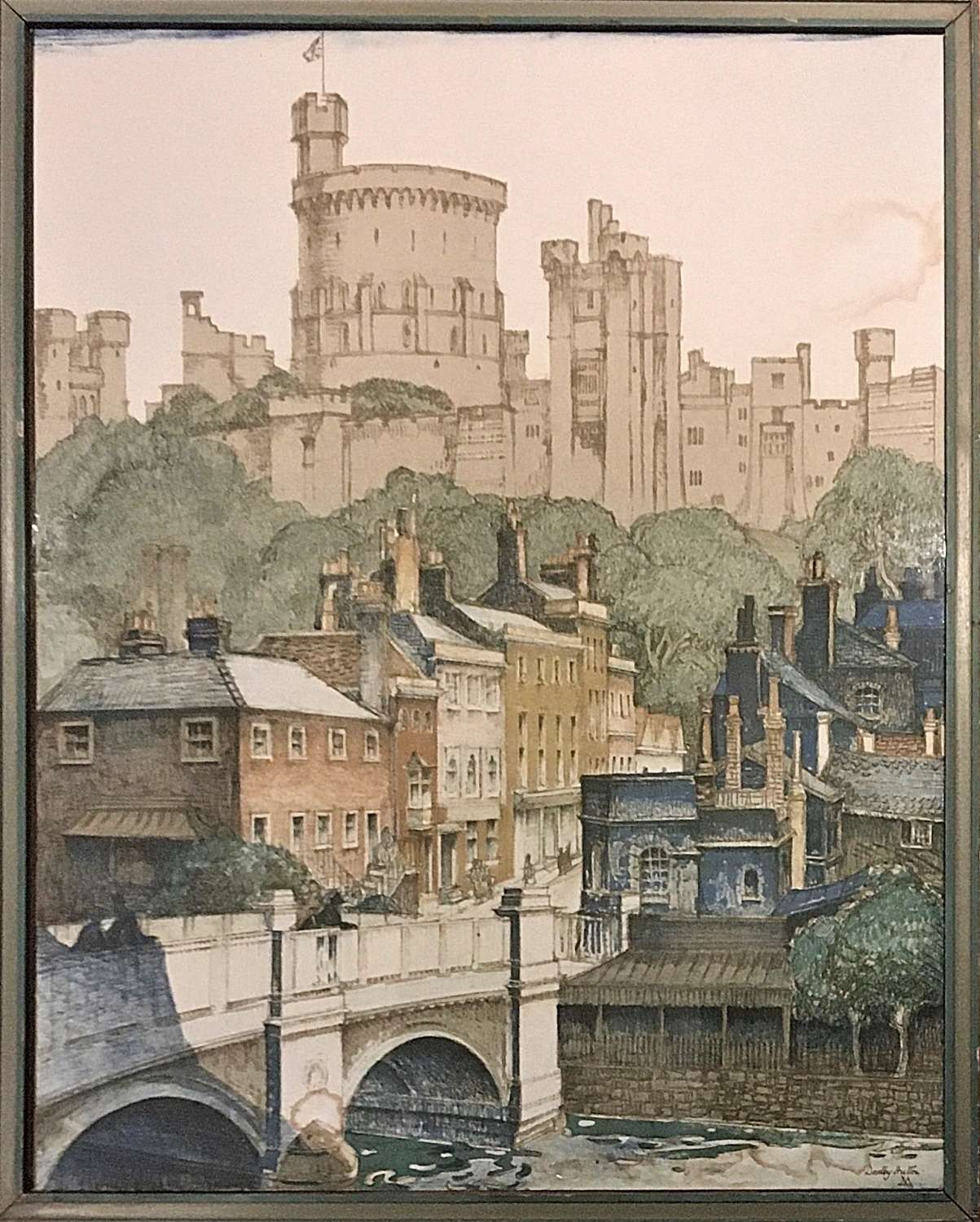 Dorothy Hutton was born in Bolton, Lancashire and, during the early 1920s, studied at the Central School of Arts & Crafts under Francis Ernest Jackson ARA (1872-1945), who encouraged her to learn the art of lithography. Between 1922 and 1954 Hutton was commissioned to produce illustrations for posters by London Transport. She opened the Three Shields Gallery in Holland Street, exhibiting prints, drawings and watercolours. In the 1930s and 40s she exhibited widely and showed at the Royal Academy. She was an official artist to the Crown Office and, amongst other works, was responsible for a memorial to General Dwight D. Eisenhower. From 1964 she was a member of the Art Workers' Guild and was a founder member of the Society of Scribes and Illuminators.

This work is presented in its original 1920's hand made and painted frame.