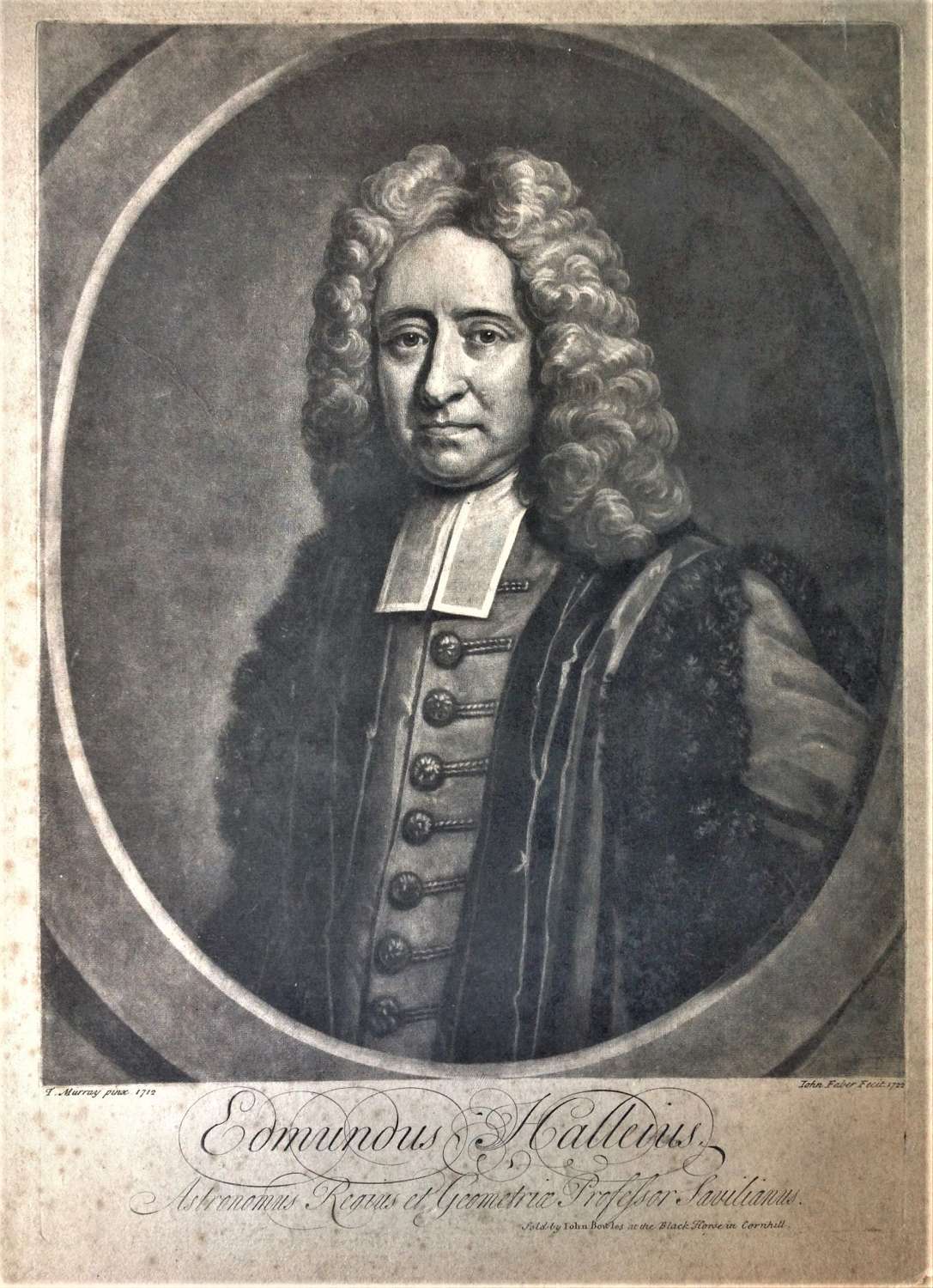 Mezzotint portrait within oval frame, bust-length, angled slightly to left, eyes front, wearing periwig and academic dress of black silk gown over a buttoned coat with linen bands at the neck. Lettered below the image with the subject's name in the Latinate form "Edmundus Halleius, Astronomus Regius et Geometriae Professor Savilianus" and "T. Murray pinx. 1712 / Iohn Faber Fecit 1722" and beneath "Sold by Iohn Bowles at the Black Horse in Cornhill".

Portrait of the astronomer, scientist and naturalist Edmond Halley (1656-1742), famed for the discovery of the comet which bears his name. In 1704, Halley was appointed Savilian Professor of Geometry at Oxford University, but continued his work in astronomy. In 1720 he become the second Astronomer Royal, succeeding John Flamsteed (1646–1719).

The original portrait which was the basis for this mezzotint was made by Thomas Murray (1663-1735), a pupil of the portrait painter John Riley (1646-1691). This likeness dates to 1712, the year in which Edmond Halley and Isaac Newton together published Historia Coelestis, a pirated edition of John Flamsteed's incomplete star catalogue.