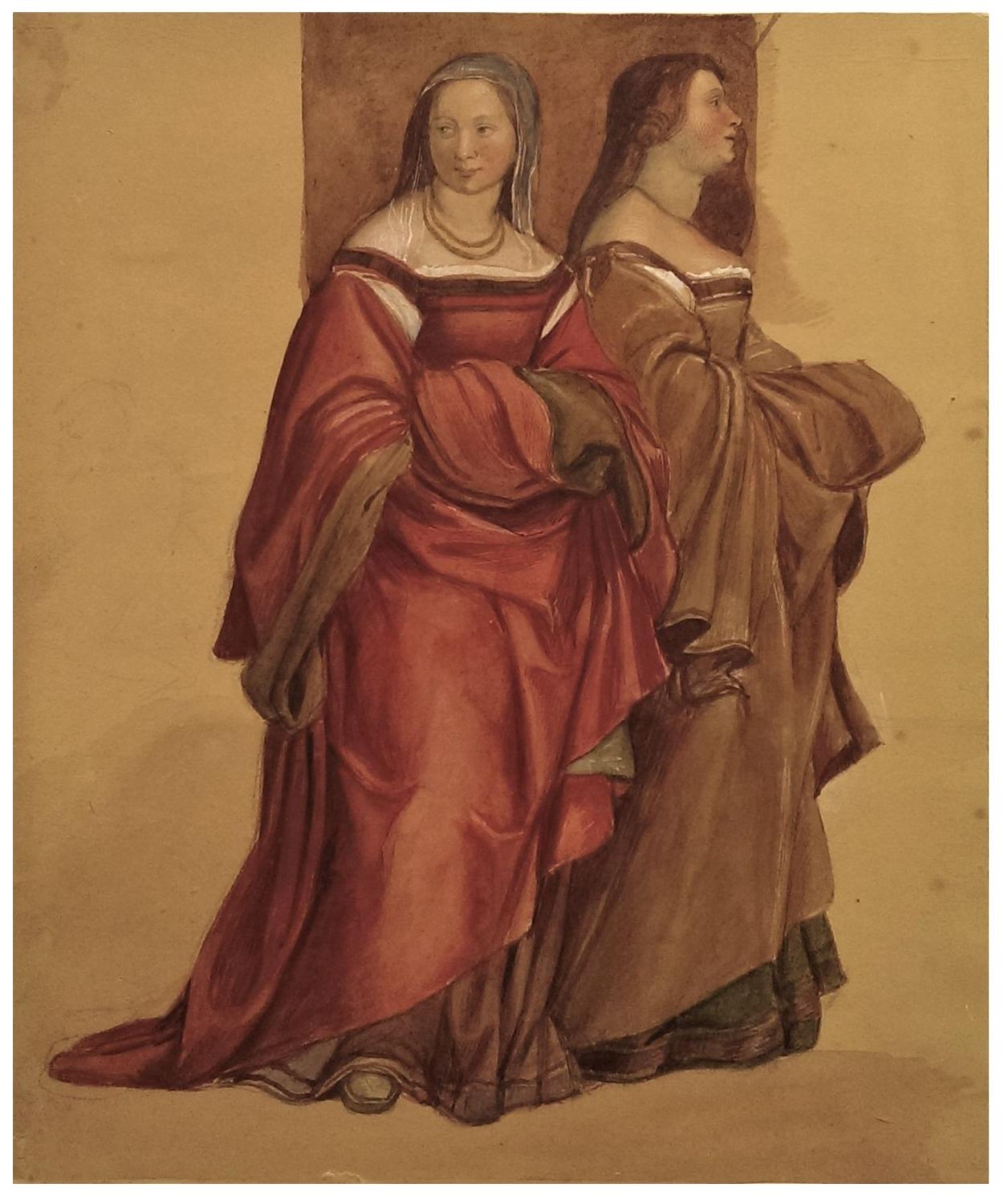 On leaving the Royal Academy Schools in 1836, Ward travelled to Italy and was schooled for three years at the Accademia di San Luca in Rome. The work here, which is a study of the central figures from Andrea del Sarto's Fresco "La Natività della Vergine" in the Chiostro dei Voti (cloisters) of the Basilica della Santissima Annunziata in Florence [see Fig.2], dates from the period Ward spent in Italy.

After his return to England, Ward became a history painter in the veign of William Hogarth and David Wilkie. His success in this genre ultimately led to him being commissioned during the 1850's to paint eight historical murals along the corridor leading into the House of Commons within the Palace of Westminster. In the light of the scale of this commission, it is interesting to note Ward making studies from one of the great Rennaissance frescos some 15 years earlier. 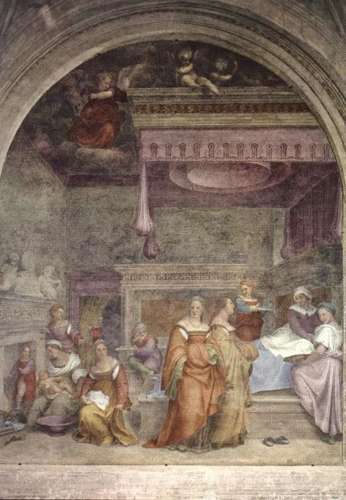