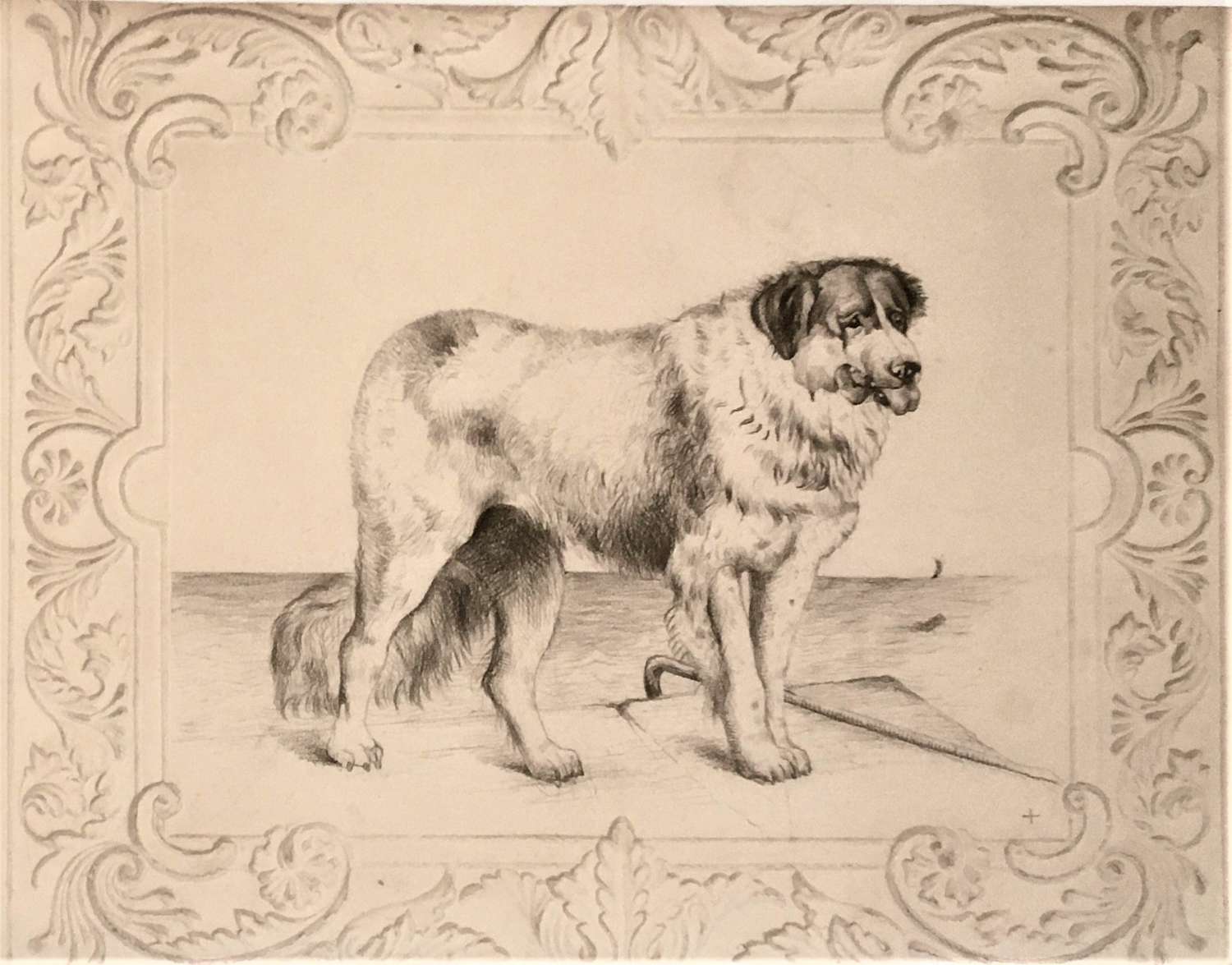 A charming 19th Century portrait drawing of a black and white (“Landseer” type) Newfoundland dog standing on a quayside beside a walking stick with a ship on the horizon. Drawn on card with an embossed enchased ornamental border.

Notes:
Newfoundland dogs had become fashionable in Britain as ship’s dogs and domestic pets by the 1780s. Apparently the original Newfoundland dogs were solid black but black and white Newfoundlands (as shown here) became popular for a while in the 1820s and 1830s, especially after the artist Sir Edwin Landseer, who had a particular liking for these animals, portrayed a Newfoundland called ‘Lion’ in 1824. This black and white coloration of the breed was to become known as a "Landseer".

Landseer painted a black and white Newfoundland, known as “Bob”, in his hugely popular 1838 painting “A Distinguished Member of the Humane Society”.  "Bob" had allegedly survived two shipwrecks and found his way to the London Docklands where he became celebrated for rescuing people from drowning – apparently he saved the lives of a total of 23 people over fourteen years. The colouring and composition of this drawing – with the black and white Newfoundland dog standing on a quayside (which differs from Landseer's composition), with debris floating in the water and a ship on the horizon – suggest that this is an original portrait of "Bob" by an unknown but accomplished amateur.