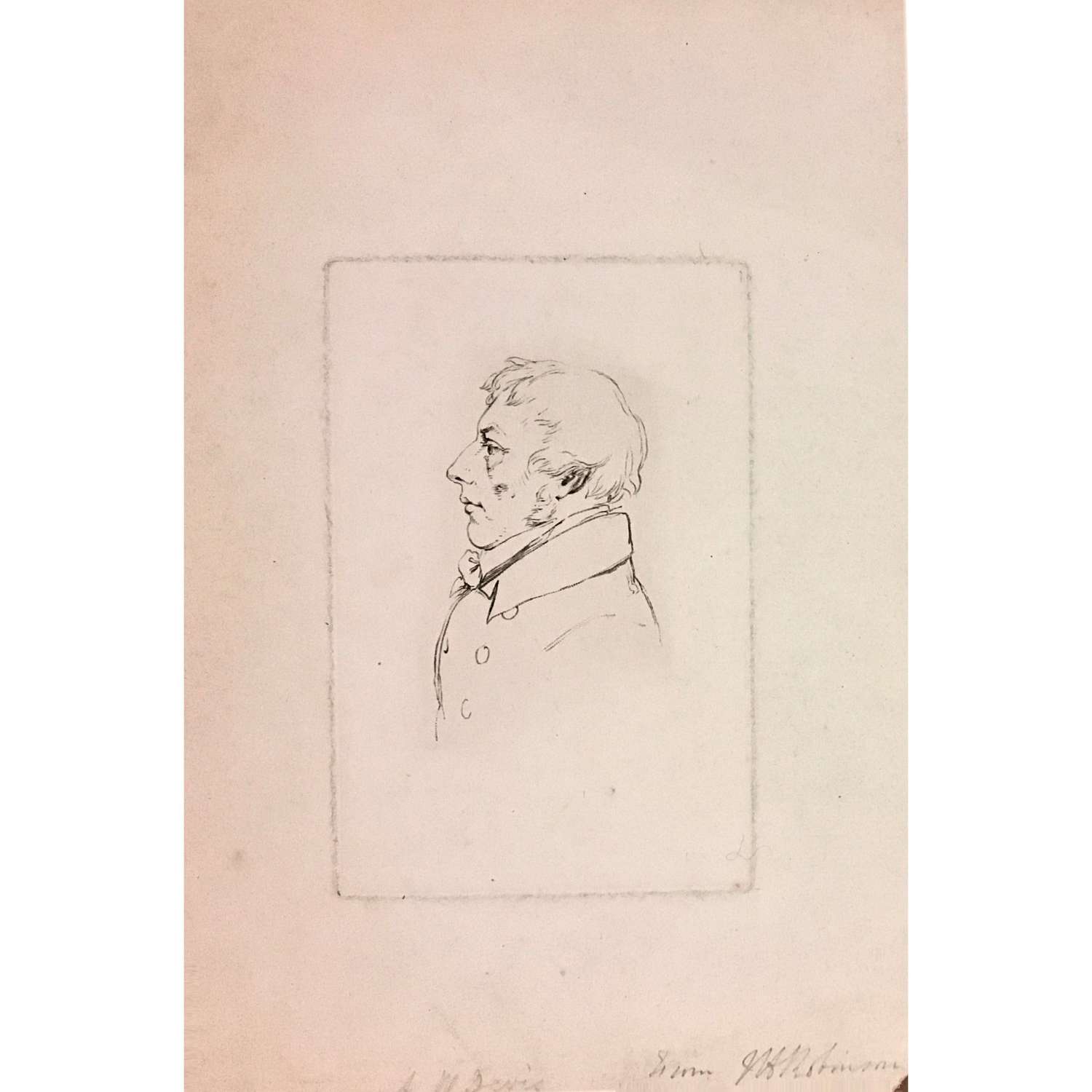 Portrait of the painter Arthur William Devis (1762–1822), after a drawing by William Mulready R.A. engraved by John Henry Robinson R.A. Devis shown bust length, in profile, facing the left, coat with buttons and collar, a cravat at his neck. Stippled engraving, in outline.

An old pencill inscription identifies the sitter. Signed in ink lower right by the engraver "From J.H. Robinson".

The subject of this print is Arthur William Devis who was the nineteenth child of the painter Arthur Devis (1712–1787). Arthur William Devis was a brilliant artist who was appointed as a draughtsman to the East India Company and travelled to the Far East and India from the mid-1780's to 1790's. He was wounded in the cheek by an arrow fired by natives off the coast of New Guinea, the scar from which injury can be clearly seen in the portrait here. He became a noted painter of historical subjects, including his celebrated painting of the death of Nelson (for which he went on board HMS Victory on the ship's return from Trafalgar and was present at William Beatty's autopsy on Nelson's body, observing the extraction of the fatal bullet). However, his career was curtailed by his slightly chaotic lifestyle and he spent time in the King's Bench Prison for Debtors in Southwark.

The print was made by the highly accomplished engraver John Henry Robinson R.A. who fought a long battle to win respect and acceptance for his art and was finally elected as a full Royal Academician in 1867. The print is signed in manuscript by him. 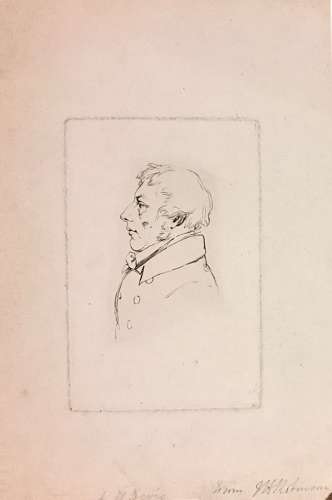