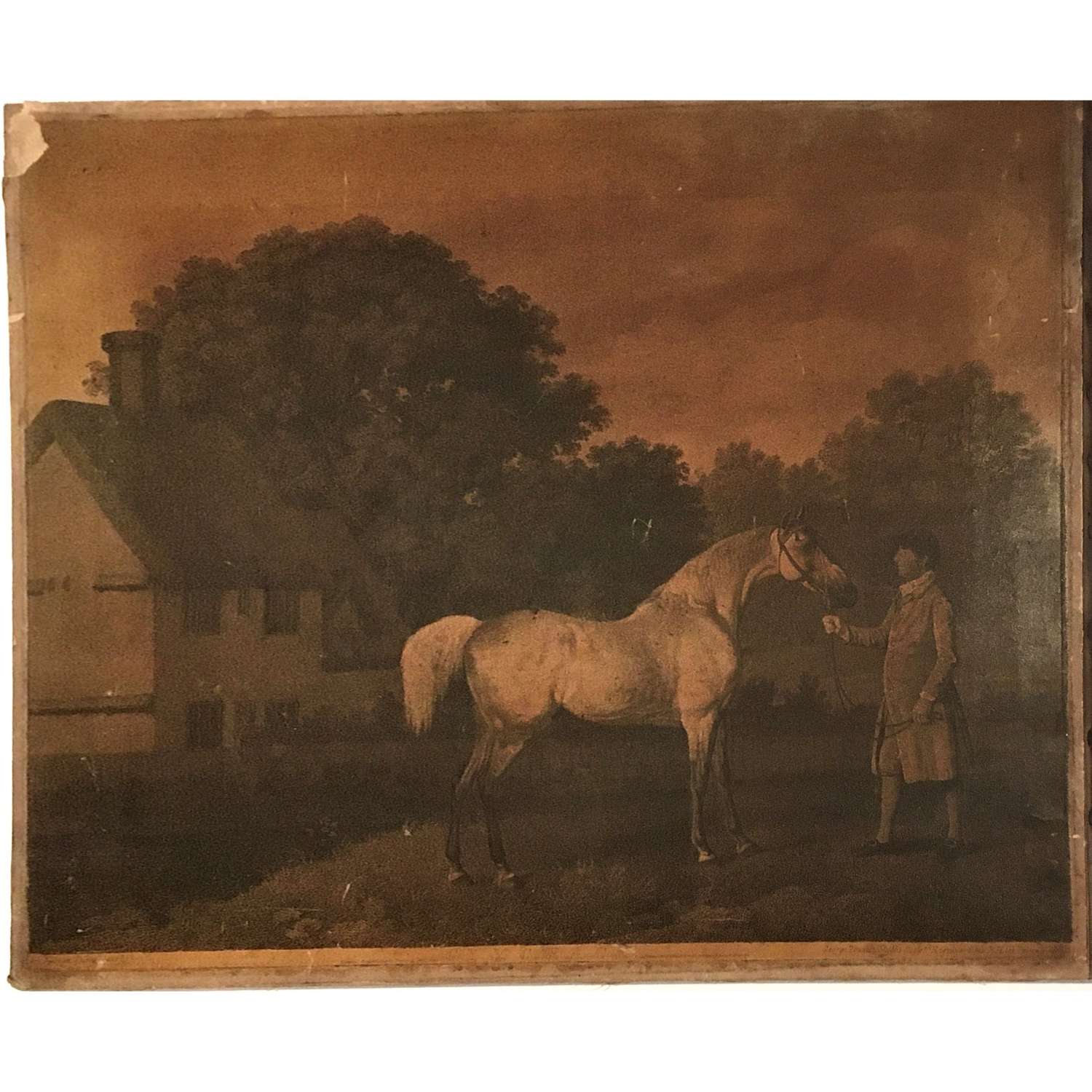 A print which has been given a once typical Regency treatment whereby they were linen backed, varnished and stretched on a canvas stretcher to resemble oil paintings. Although prints were often presented in such a manner it is extremely rare to find those which have survived. 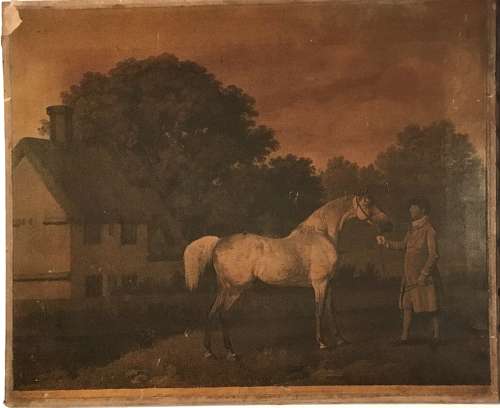 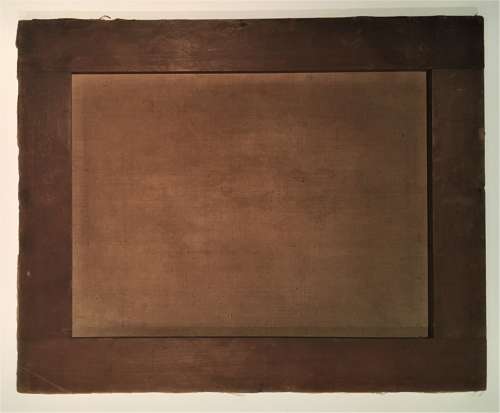