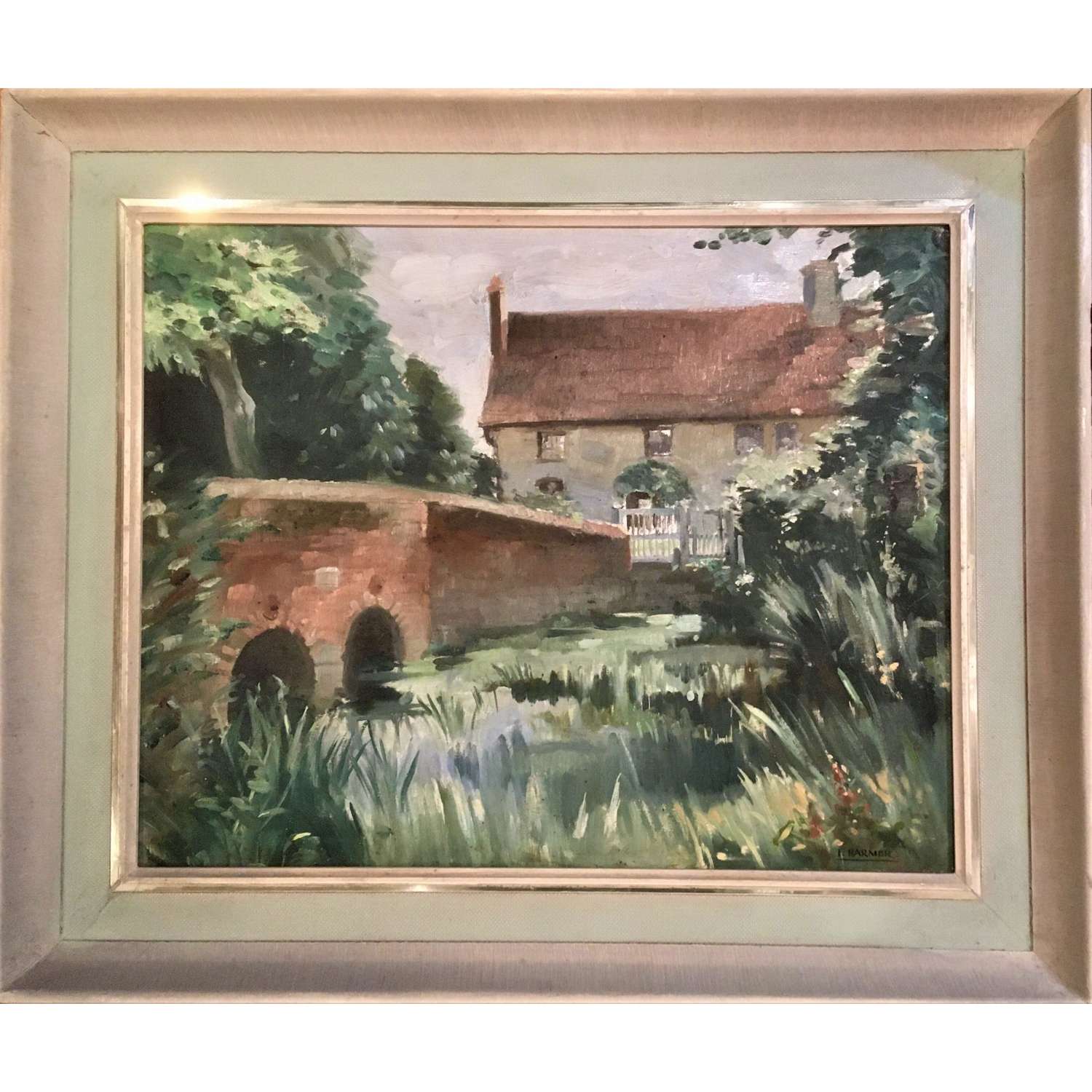 As well as being an accomplished amateur painter, Florence Harmer was one of the leading authorities on the history of Anglo-Saxon England. She was educated at Girton College, Cambridge and was a senior lecturer at Manchester University in the 1940's and 50's. She was elected a Fellow of the British Academy in 1955 and won the prestigious Sir Israel Gollancz Prize in 1957.

The village of Chelsworth was known by the Saxons as "Ceorleswyrthe" and recorded in the Domesday Book as "Cerleswrda". It is likely Florence Harmer visited here, as not only is Chelsworth an idyllic place, which is often called the prettiest village in Suffolk, but also because this ancient site is mentioned in documents as having been gifted by King Edgar to Queen Æthelflæd in 962. The artist has chosen a viewpoint looking south with her back to the medieval 14th Century timber-framed "Peacock Inn". The narrow 18th Century hump-backed bridge depicted, which dates to 1754, is still standing, as is the house in the background which is known as "Bridge House" (previously "Bridge Farm"). 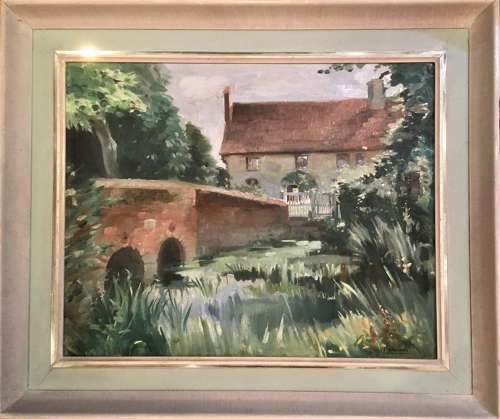