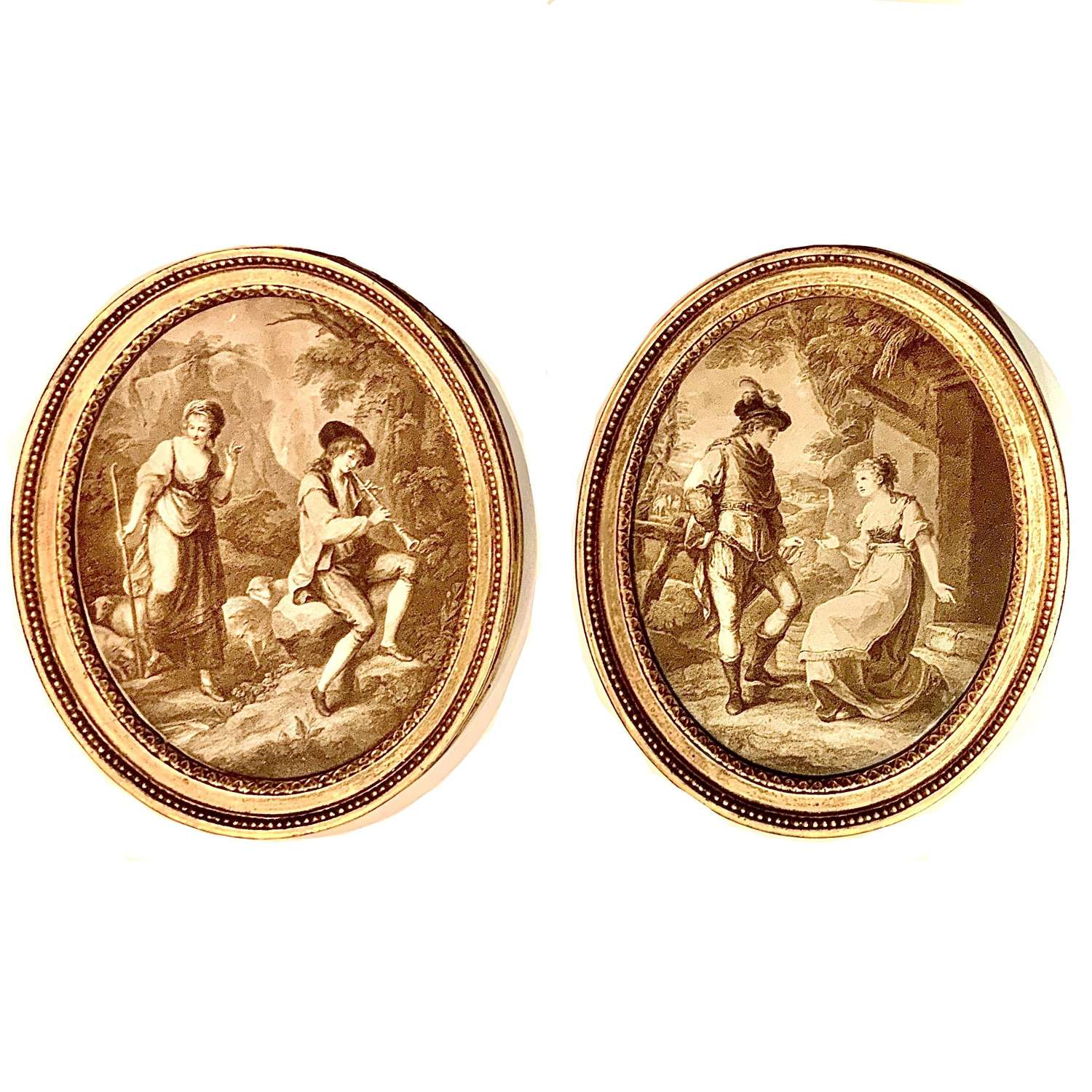 Published in London in 1785, one of this scarce pair of prints illustrates a scene from "La Bergère des Alpes," ("The Shepherdess of the Alps"), written in 1766 by the French playwright Jean-François Marmontel, and the companion-piece is a picture inspired by the tale of the peasant woman "Griselda" which first appeared in Boccaccio's fourteenth-century Italian collection of novellas known as "The Decameron". 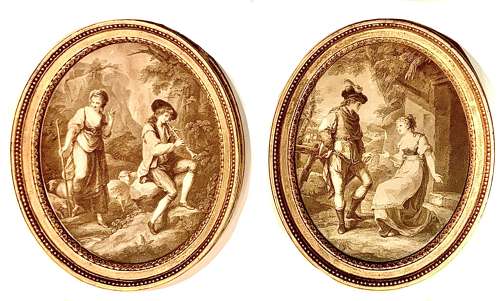